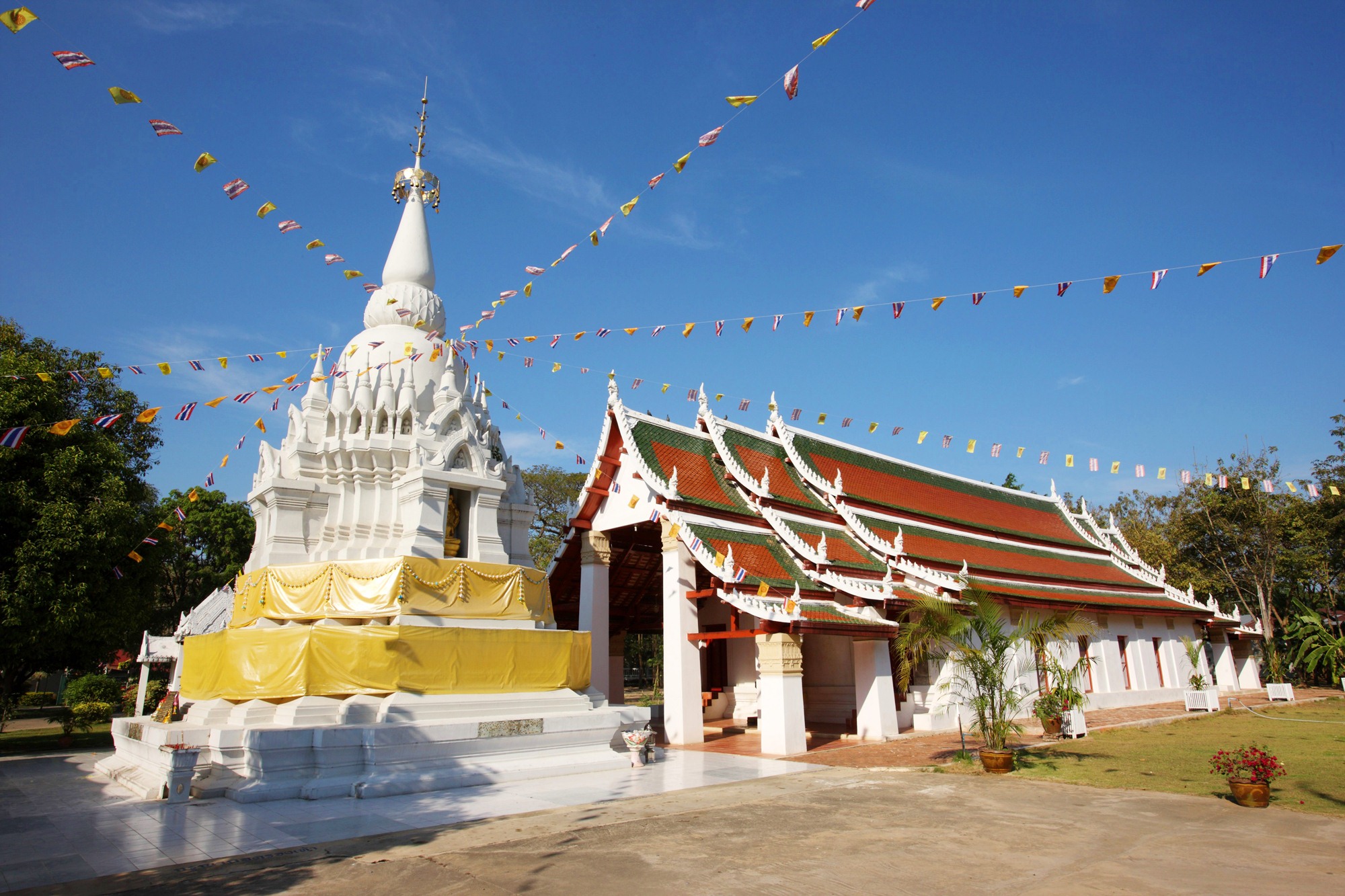 This Temple is located at Ban Thai Mueang, Chai Nat sub-district, Mueang District. It is the second class royal monastery. It has been respectable since early Ayutthaya period. Inside the temple is Borommathat Chedi, which has U-thong architecture style, containing Buddha’s relic and being respected by people in Chai Nat province and surrounding areas. A celebration is held on every full moon of 6th lunar month.Important things in Phra Borommathat Temple include:-Phra Borommathat Chedi: contains Buddha’s relic. It is round on a square base with angles to support the body. Under the bell, there are arches on all four sides with seated Buddha’s images inside. The pediment has two layers with a Buddha image in the attitude of meditation, 23 centimeters wide and 31 centimeters high on a lotus base, covered with a slant robe on his shoulder stretched to his foot. The head and face of the image are in the Lop Buri or early U-thong style. The bell was supported by a rectangular angle wall. Moreover, between the pediments, there is a small pagoda with several Buddha images under arches around the body. The next is the round bell decorated with the many-tiered umbrella. This pagoda is in the U-thong style architecture (early Ayutthaya) that often used a small pagoda to decorate.-Vihara: stands on the east side of the temple. It was assumed that it was built at the same time as Chedi Phra Borommathat, but there are some remnants of renovation. Now, the vihara is a brick and mortar building. Its width is 13 meters and its length is 24 meters.-Ubosot: is on the south side of the temple near the vihara. It is believed that it was built with the vihara. There are traces of several renovations. It is 9 meters wide and 24 meters long. There is the main seated Buddha image inside. It is in the Sankha Buri style that had been lacquered and gilded. It has the unique characteristic of Sankha Buri style. The outside of the ubosot are boundary stones made of sandstone in the Ayuthaya style.-The stone inscription dates from the King Thaisa period. It contains information about the renovation of the chedi. Now, the stone is placed on the wall of vihara at the back of the Buddha image.The temple is four kilometers from the city along Highway 340 from Mueang district and turn left at the intersection, or take the Bangkok-Wat Sing bus. 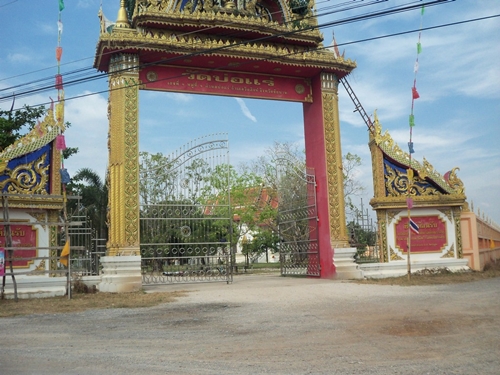 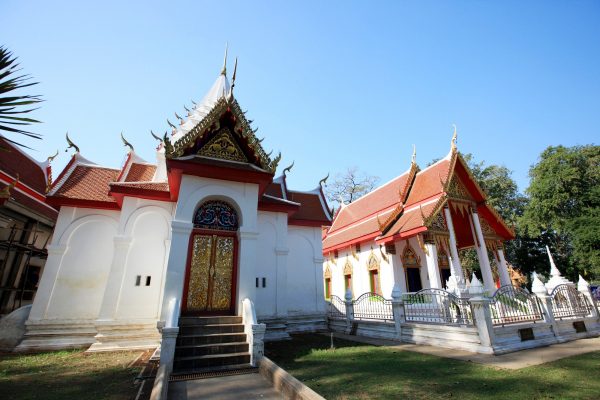