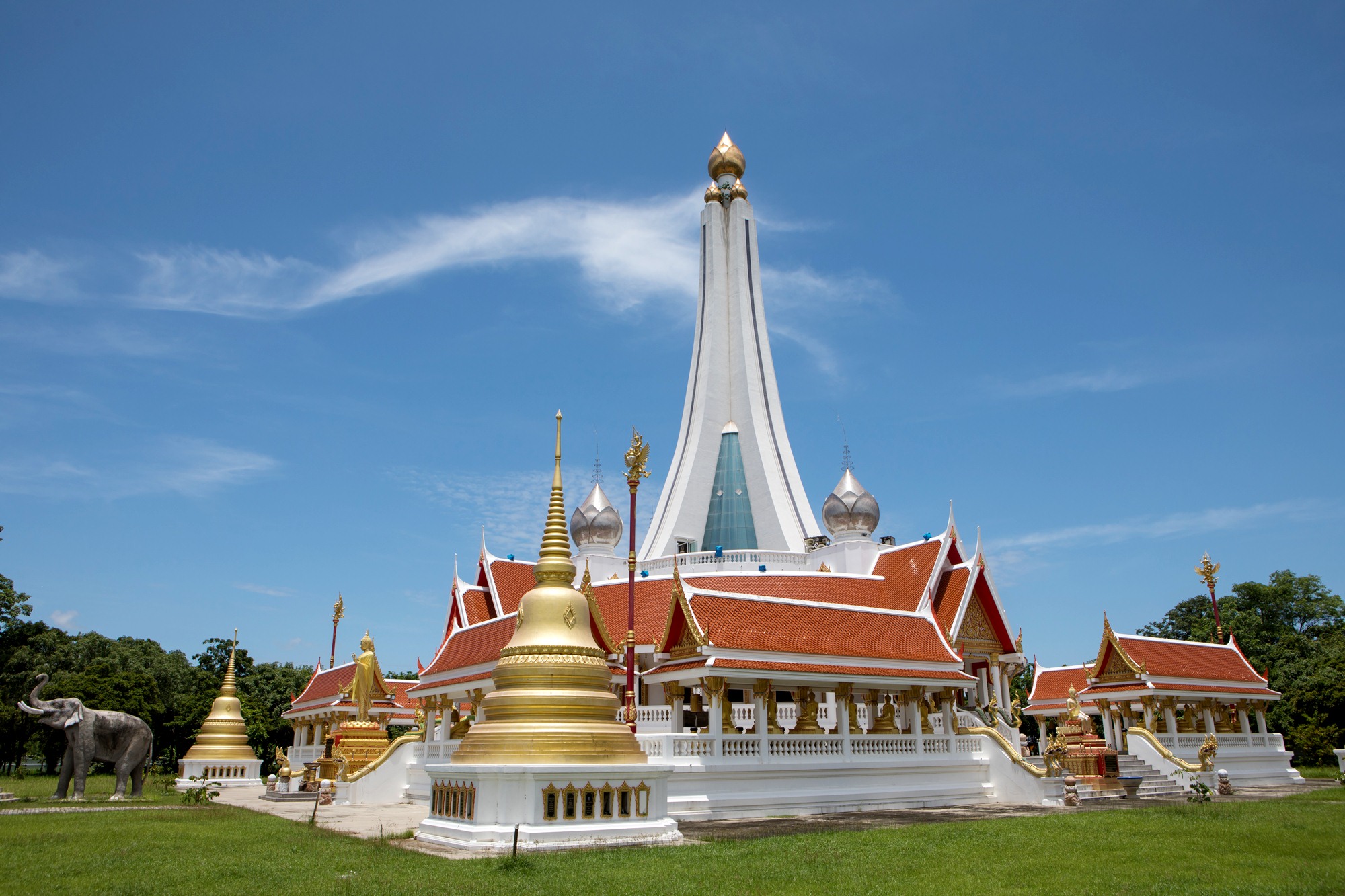 Wat Partumtharam (Wat Nong Bua), built in 1822, is located at 166 Mu 2, Tambon Nong Bua. It was formerly named “Wat Nong Bua” due to the fact that the village area had a swamp and a lot of lotuses. Founded by Somdet Chao Thuean, Somdet Phon, and Khrua Yai Khai, the temple was granted consecrated boundaries on 10 February, 1978. The interesting attractions of the temple are a wihan housing Buddha images, life-like statues of Luangpu Suk, Prince of Chumphon, and Luangpho Chat, a former abbot. In front of the wihan, there is a large golden Buddha image in giving a blessing posture, and Phra Mahathat Chedi Si Chai Nat, which is the largest Chedi of Chai Nat, built on the occasion of the Fiftieth Anniversary (Golden Jubilee) Celebrations of His Majesty’s Accession to the Throne for enshrining the Buddha’s and Buddhist Arahats’ relics, which were installed in Butsabok (movable throne) at the top of the Chedi. The Chedi is also a chamber of Phra Ruang Loet Rit and 28 Buddhavamsa Buddhas. Doors and windows were carved into golden figures of Himavan creatures. The entrances of the four directions feature staircases built into a very beautiful Naga shape. At present, Luangpu Na (Phrakhru Pathumchaiyakit) is the highest senior ranking monk of the Theravada Buddhist monks in Chai Nat, who is a guardian of Buddhism and extends loving kindness to all Buddhists. Visit www.watpartumtharam.com 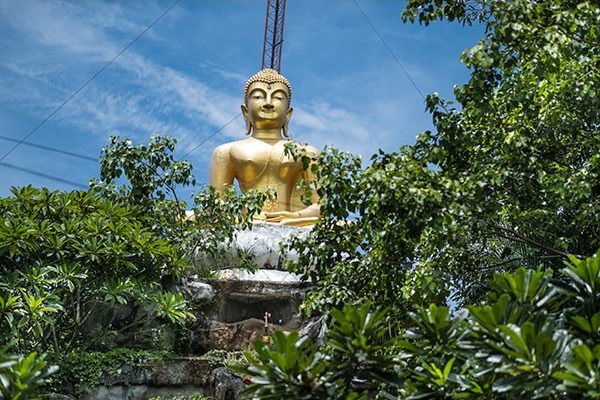 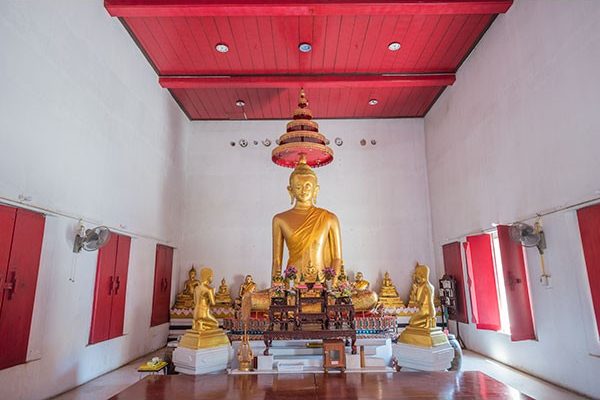