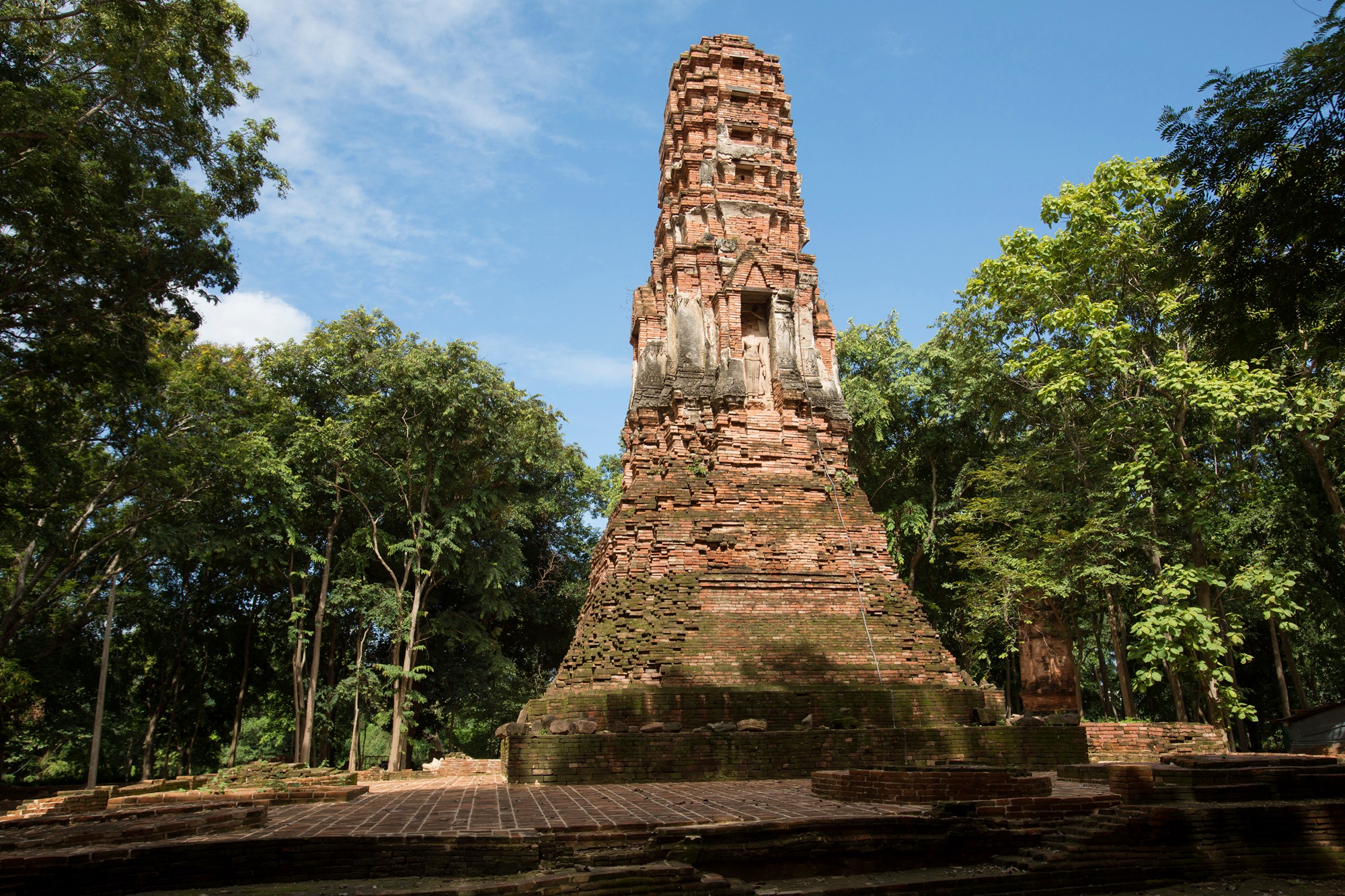 Wat Songphinong is located in Moo 8, Tambon Sriracha, Amphoe Sunkaburee, Chainat. It is a Maha Nikai temple, 300 meters off Wat Mahatat. According to the myth, Chao Ai, Chao Yi and Chao Sam are brothers. Chao Sam instigated the fighting between the two brothers in order to seize the trhone. Both biological brothers died. As a result, Chao Sam succeeded to the throne, building a stupa for Chao Ai and a pagoda for Chao Yi. The temple is believed to be built 600 years before the establishment of Ayuddhaya Kingdom. With time passing, the temple is in poor condition. Villagers agreed to restore it and revived it as a temple where monks can live on 23 September 1985.Fine Arts Department registered the temple as one of the ancient remains on 8 March 1935. Two stupas in Lopburi style is located in the east, still in almost perfect condition and beautifully patterned with stucco. The small pagoda, in poor condition because of huge roots burrowing into the pagoda base, is situated in the southern east. Department of Culture in the province of Chainat in collaboration with Chainat recently completed the restoration in 2011 by the Northern Central Part Development funds. Accordingly, the small pagoda which has been through the restoration is not the same as the previous one. 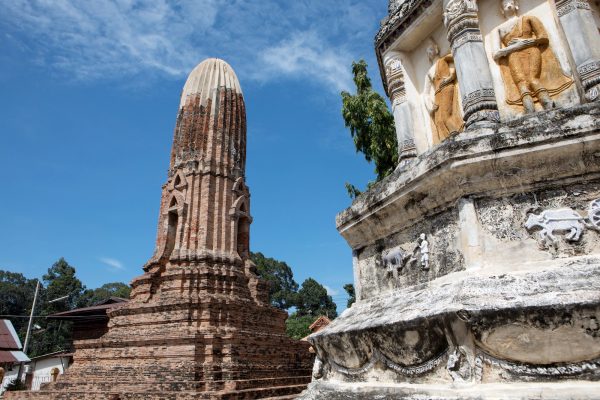 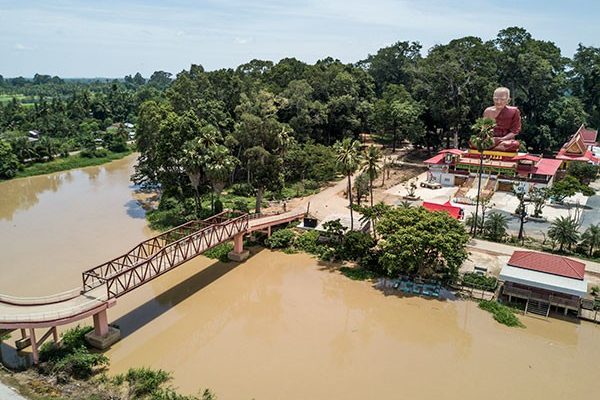