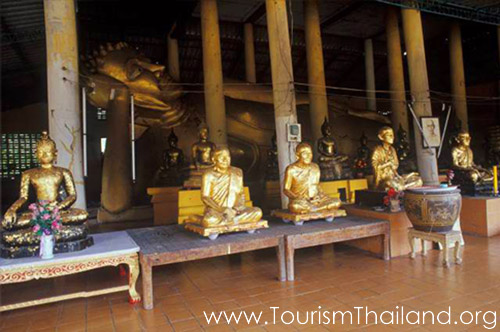 Wat Bua Kwan is an ancient temple from the era of King Rama V. Nowadays it is the third grade royal temple in Thailand.Orginally, this temple was just a house of the priest. However, when the number of monks started to increase, it was transformed into a temple on 24th June 1892 named “Wat Sakae” initiated by Prakru Preechachalerm from Wat Chalermprakiat Voraviharn and was also honoured as the first abbot. After that in year 1948, Pra Atikarn Payoong Jattamalo from Wat Kampaeng was invited to be the abbot after the previous abbot passed away. This temple has been restored since then until Mr.Bua Choonchiew donated a land to the temple. Then, the temple’s name was changed to Wat Bua Kwan in order to honour the donator. This temple was granted a royal temple on 24th June 1963 with Pra Payoong Jattamalo as the abbot until 1977, Pra Boonchuay Poonyakootto as the abbot in 1992.Pra Mahasawai Sukvaro, the abbot of Wat Bangpraeknhua, was the abbot of this temple since 1994 and has restored this temple and has supported the Dhamma studying in this temple. This temple was the first Dhamma school of Nonthaburi province and also the place to practice Dhamma for Buddhism on holidays. Moreover, this temple is always the host for Buddhist activities on important events.Wat Bua Kwan was offered the third class royal temple on 29th June 2008 and on 14th December 2012, the abbot of this temple was granted the position of the vice dean of Nonthaburi province. 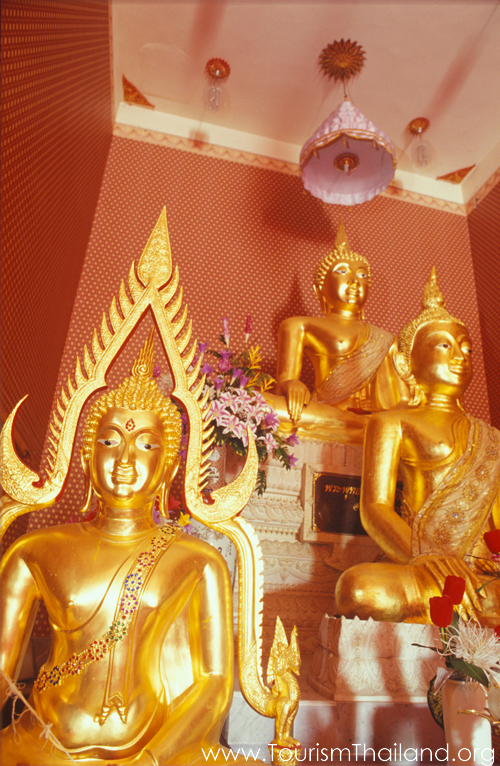 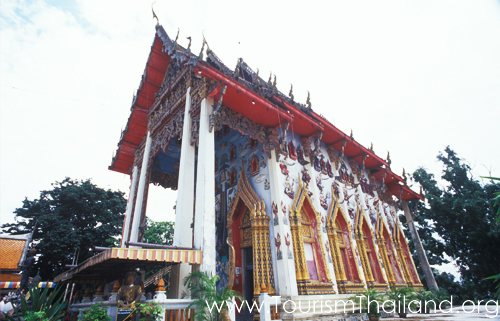