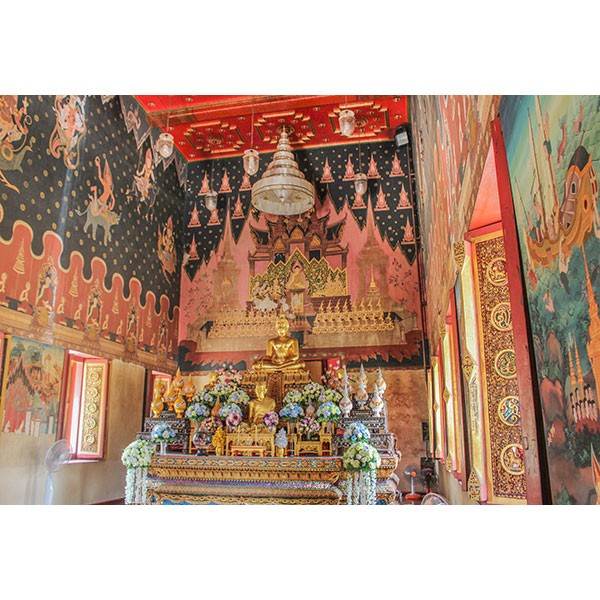 This Temple, originally called Wat Makham Tai, is located on the west bank of the Chao Phraya River slightly opposite the mouth of Khlong Rangsit Prayunsak in the vicinity of Amphoe Muang. The main interests are mural paintings depicting the story of “Phra Chao Sip Chat” or Lord Buddha’s ten lives with poetic descriptions.

Located on the east bank of the Chao Phraya River, this ancient and widely venerated Temple is a second-class royal temple in the exalted category of “Worawihan”. Originally named WatMakham Tai, the temple’s shrine hall are home to beautiful murals depicting the story of the Jatakas, or the ten lives of the Lord Buddha. The temple was eventually renovated during the reign of King Rama VII by the Supreme Patriarch, the highest-order monk within Thailand’s Buddhist hierarchy.To get there, follow the route to Nonthaburi Bridge (SaphanNuanchawi), turn left 1 kilometer before reaching the bridge, and continue for another 1 kilometer to the temple.The temple is open daily from 8.00 am-5.00 pm. 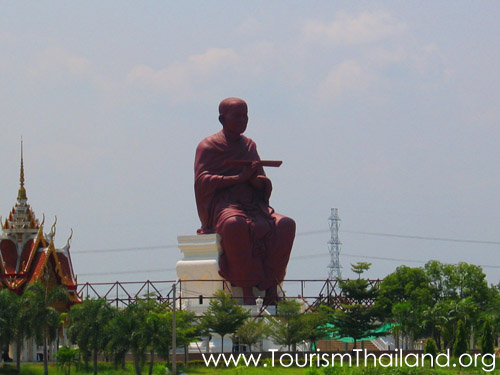