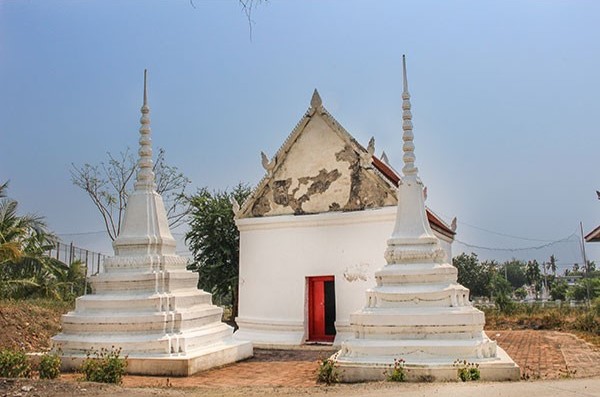 Located at Samkok sub-district, Pathumthani province, it is 6km far from Pathumthani city. Way Sakae was built in 2115 during the reing of King Somdet Phramaha Thammaracha. In the temple there are many ancient objects such as clusters of chedi, chiniese chedi, main Buddha image, bell tower, old vihara, Thai-style building.The temple consists of monk’s cells, Mon-style building which is twelve-indented corners style, chedis, Ubosot and bell tower built in Ayutthaya era.The origin of the temple remains unclear. However, it was told by the old people who live around the temple that, originally, the temple area was occupied by Mon people and they named this area after the name of local area in Mon country for the convenience of Mon descendants when finding their family. Wat Sakae was called in Mon language as Tong Per, Kwan Pluem, Kwan Ko Pan, Kwan Ban That. Later, after Thai people moved here and drove out Mon people, Mon people moved back to their country and often moved back here when attacked. Finally, Phraya Cheng, the Mon leader, leaded their people to swear allegiance to the Thai king in Rattanakosin era. Therefore, they were allowed to settle at Samkok area and earn a living by making jars, pottery. Their famous product is earth jar called Ong Samkok.The interesting sacred objects of this temple are the main Buddha image in Phra Ubosot made of laterite, Thai vihara decorated by western pattern, Buddha image holding alm bowl, palm-leaf manuscript made of ivory and bell tower built in Ayutthaya era. 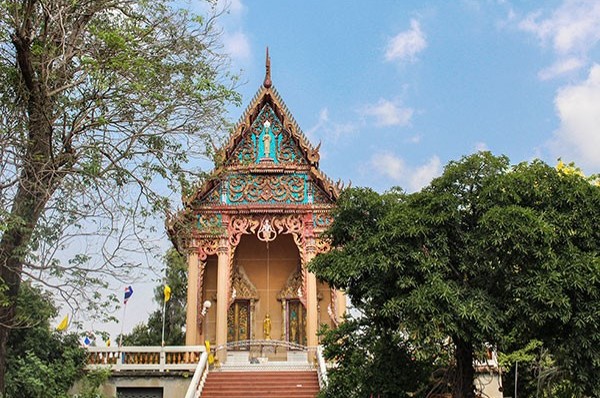