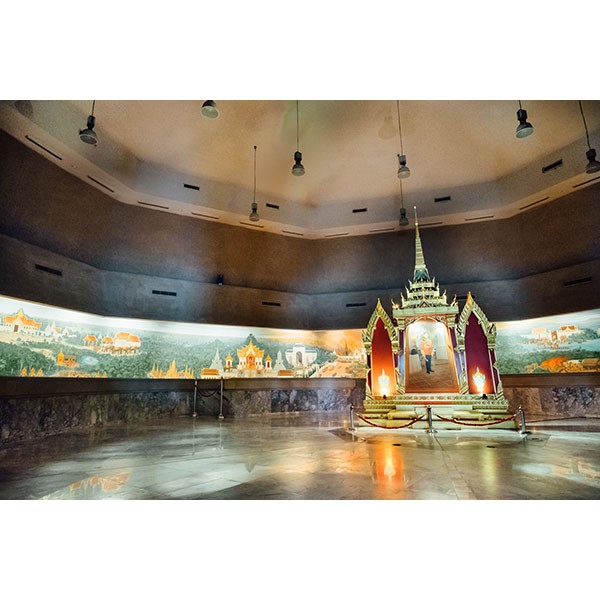 It is a memorial extolling the heroic deeds of Thai ancestors who used their intellect, ability, flesh and blood, as well as, their life to protect this Motherland. It is also a museum providing knowledge on Thai History and major Thai battles, including the Thai armies’ mission abroad such as the Vietnam War

Covering an area of nearly 15 acres, the National Memorial is under the supervision of the Armed Forces Education Department, Supreme Command Headquarters. It is a memorial extolling the heroic deeds of Thai forefathers who used their intellect, talent and lives to protect the Kingdom. It is also a museum promoting awareness of Thai History and major Thai battles, including the Thai military’s missions abroad in the Vietnam War and the Korean War, presented through dioramas photo galleries. Inside are displays depicting the evolution of military uniforms and insignias throughout history.In front of the building is a beautifully engraved marble statue of King Rama V, one and a half times life size. Another fascinating element is the display of visual art pieces on a 90-meter arch, telling the story of Thailand from the Sukhothai period to the Rattanakosin period. Outside the building lie massive decommissioned military weapons.The National Memorial is located in TambonKhuKhot where VibhavadiRangsit Road and Phahonyothin Road connect. It is accessible by taking the buses No. 29, 34, 39, 59, 95, and air-conditioned buses No. 503, 504, 510, 513, 524, 529 and 539. It is open on weekdays from 9.00 am-12.00 pm, and 1.00 pm-3.00 pm. Admission is free. A guide can be requested in advance for group visits by calling 0 2532 1020-1. 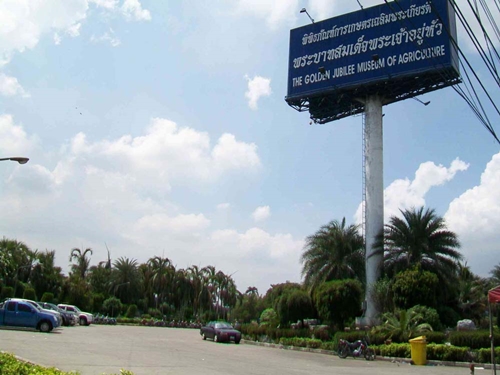 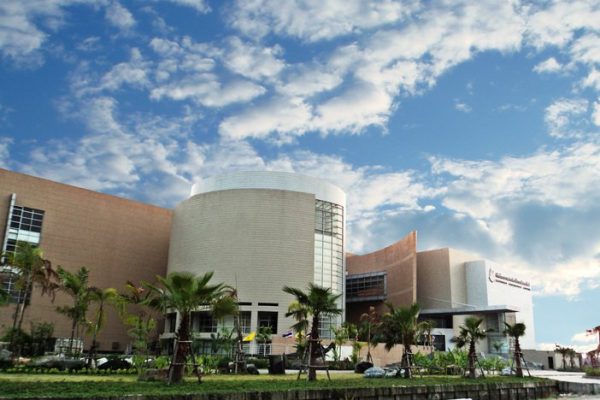