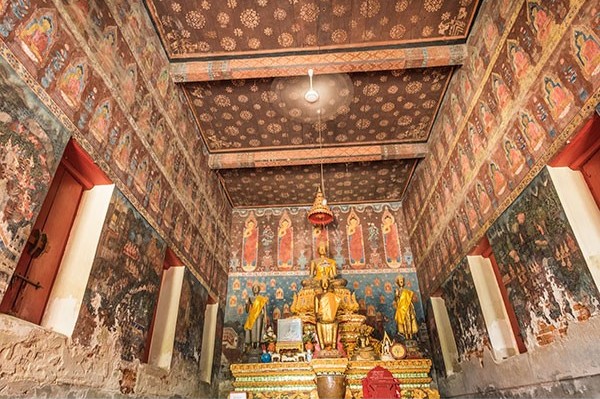 Wat Pratu San is situated at Khun Chang Road, Rua Yai Sub-District which is actually inside Mueang municipality, Mueang District, Suphan Buri. It is actually lies on the west side of Suphan Buri River. It is an ancient temple which is no evidence show when exactly the temple was built, but, presumably around 1802. The year 1802 is the year which Sunthon Phu came over Suphan Buri and wrote a long lyrical Thai poetry and stated about this temple. An old pavilion at a temple was once used as a court. But, presently, it is no longer being like that. Currently, there are only temple hall and sanctuary left and the temple hall turn directly to the east side and confront the Tha Chin River. There is a wall enclosed the area and the entrance gates of the temple were all decorated with the sculptures and mural paintings. Besides, there is a monk’s residential quarter of Luang Po Kam lies at the front of the temple.The highlights of the temple are the mural paintings inside the sanctuary hall. There mural paintings reflect the life of Buddha in the past and the lifestyle of locals. The top part of the wall and both sides of the windows were written the life of Buddha and it was separated into three rolls. The upper part displays pictures of 20 Buddha, the middle part displays pictures of 19 Buddha and the lower part displays pictures of 20 Buddha. So the total numbers of the mural paintings are 59. Besides, on the wall above the principle Buddha image displays 5 pictures of Buddha in the posture of blessing bestowed and the lower part displays a picture of Buddha went down from the second heaven. These mural paintings were all painted by the same artist, named Kham, who drew mural paintings at Wat No Phutthangkun. They were all painted approximately on 1848.For further information, please call 0 3554 3598. 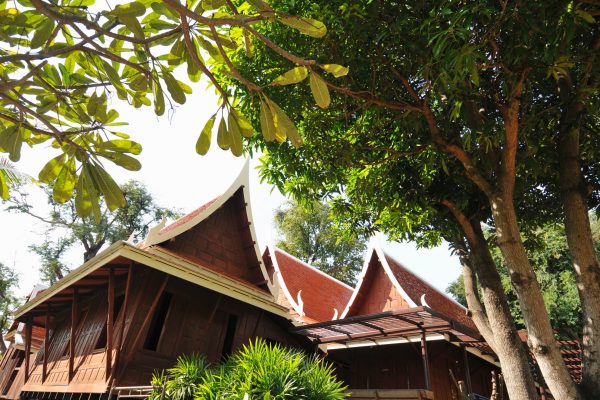 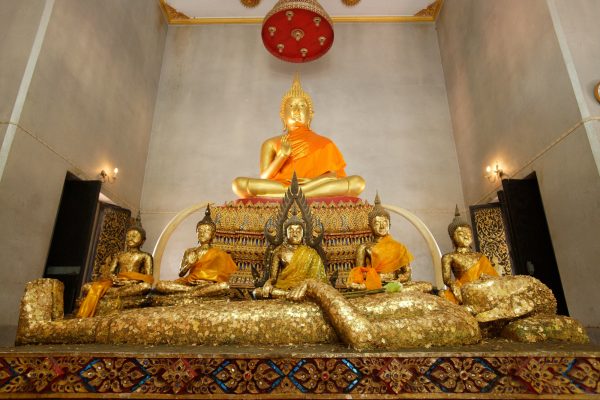