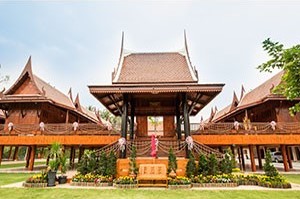 Wat Doem Bang is located on 233 Mu 1 in the district of Doem Bang Nang Buat in Supan Buri. It is situated to the East of Tha Chin River, approximately 55 kilometers out of the city center. The temple was constructed in 1882, possibly the same year as Wat Tai and Wat Bon Yot khao Yai were built. Later in 1908, Phra Chunla Chom Klao Chao Yu Hua (King Rama V) paid a visit and named the temple Wat Khongkha Ram.A significant point that shouldn’t be missed within the temple is the pulpit, which was constructed by Chinese men. The pulpit is carved from Jackfruit wood and has a unique style influenced by Chinese art forms. The construction began around 1915 and ended in 1923. It is stored in the temples’ main hall, where nowadays, is the praying hall. The pulpit stores 3 important objects given by King Rama V including a pearl alms bowl, a talipot fan and a Tiffin carrier. Furthermore, there is Luang Po Chaem-Luang Po Baen’s Hall. At the peak of the hall lies sacred relic and a hundred year old reproduction of Lord Buddha’s Footprint. Another attraction is the bell-tower, which was skillfully constructed and precisely designed. Wat Doem Bang’s main hall itself is incredibly spectacular after a major renovation. Inside is the post for Pa Leilai Buddha image and also an artistic mural. Originally, it is believed that the mural was painted on both the exterior and interior walls but what remains today is merely the interior. The mural covers the full area of all 4 sides of the structure. The upper section is covered with clusters of angels and of Lord Buddha in his past life in a sitting posture. The lower section is paintings of historical facts of Buddhism and a few selected Jatakas.Visitors are welcome at Wat Doem Bang daily from 08:00-17:00 to pay respect and indulge the scenic sight it offers. 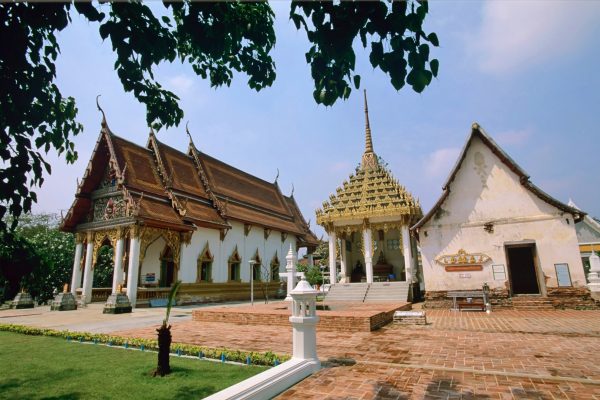 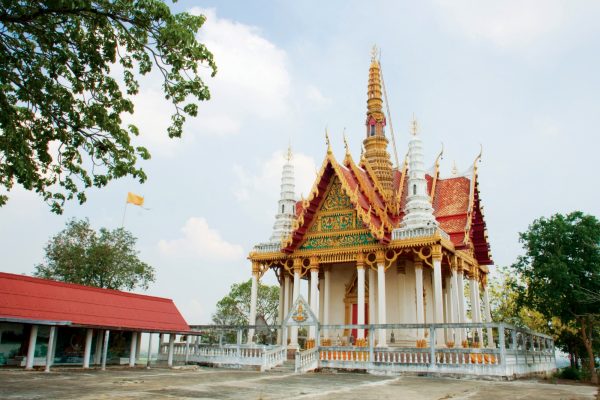