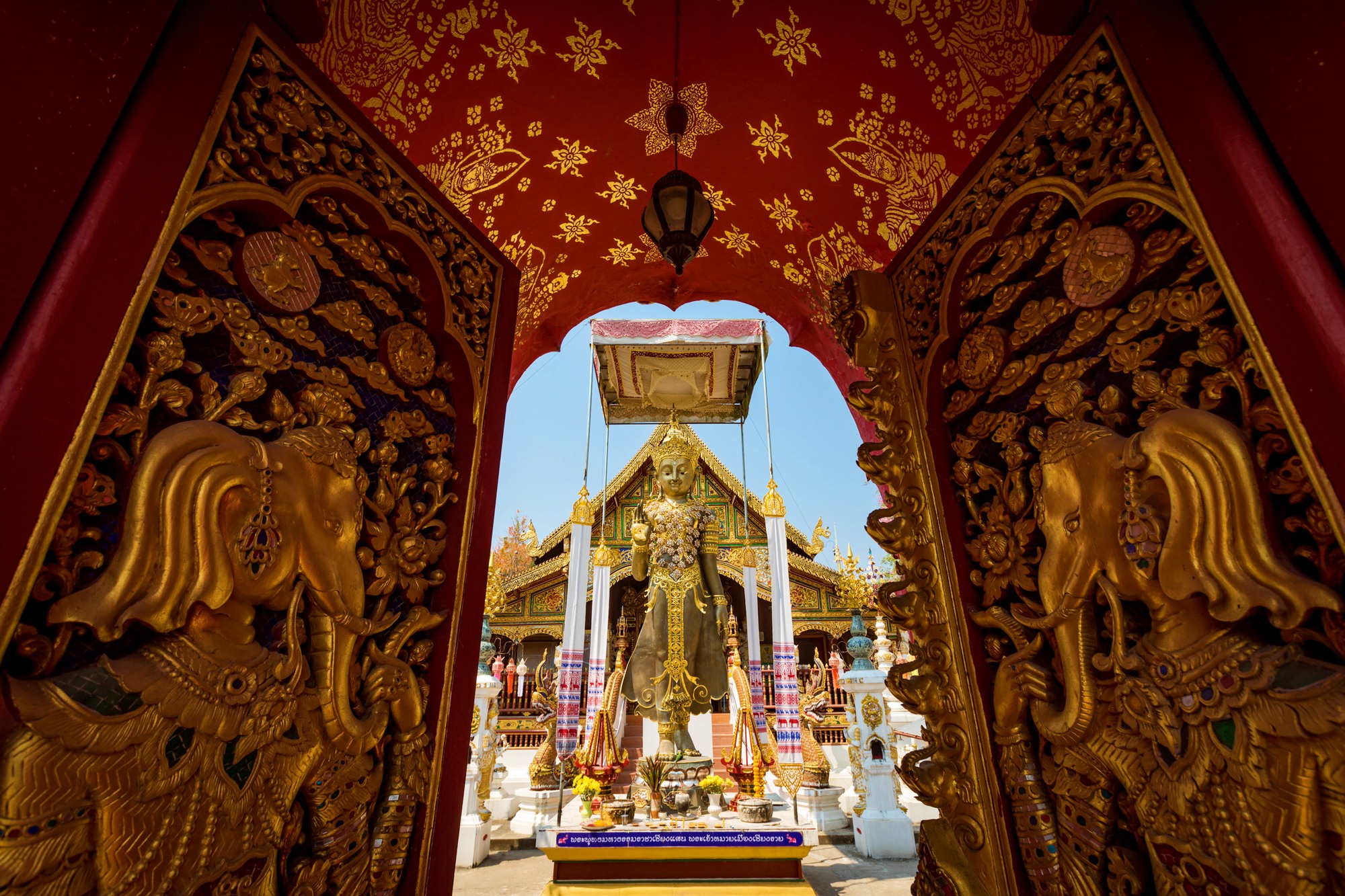 Wat Ming Mueang. In the past, Wat Ming Mueang was Tai Yai people’s temple, called Wat Ngiao or Wat Chang Mup (Chang Mup) by Chiang Rai people. Another name is Wat Talamae Si, the name of the builder. It was constructed since the establishment of Chiang Rai and was granted Wisung Khama Sima in 1970 (a royal granting of the land for monks to have the ordination hall constructed or to do religious rites).As for the history, according to the ancient evidence and rumor, the founder of Wat Ming Mueang was Chao Nang Talamae Si, wife of King Meng Rai and daughter of a Burmese King from Pha Ko city (Hong Sao Wadi). This temple was a personal temple of Phra Nang Uao Ming Chom Mueang, King Meng Rai’s mother. The temple was very important and prosperous, thanks to the dynasty’s patronage.In the temple are a number of historical sites and antiques to study and visit. Phra Viharn Mai Lai Kham is one of the examples. It is a mixture of Tai Yai and Lanna art. The ceiling hiding place is decorated by the picture of swans in Triphum and Bali style. It is the only wooden image hall left in Chiang Rai so the visitors should not miss. In the image hall houses the principle gilded stucco Buddha image, called Luang Pho Phra Si Ming Mueang. It is 80 inches of width with its lap and is over 400 years old, in accord with Chiang Saen Singh 1 style. It is highly honorable by all the villagers. The front of the image hall is a magnificent sacred well, named “Bo Nam Chang Mup,” since its Kong-style roof arch is adorned with statues of couching elephant with its face to the east. In the back is a Lanna-style Chedi, called “Phra That Ming Mueang,” ornamented with gilded tierred umbrella in Myanmar art. The relics of Chao Nang Talamae Si, received from Somdet Phra Yanasangwon Somdet Phra Sangkharat, are housed inside. Besides, the history is collected in the temple. At present, the temple is restored and is open daily from 8 a.m. to 4.30 p.m. The wall of the temple is painted white, while its arched entrance is painted red, attracting those who walk or drive pass.Direction: the temple is located at the corner of Trairat Road, intersected with Banpha Prakan Road or at Khua Dam intersection, Mueang district, Chiang Rai province. If starting from Ha-Yak Por Khun Mengrai intersection, turn left to Sri Kerd Road and turn right to Thanalai Road. Go straight and this road will meet Trairat Road. After that, turn left and continue for 50 meters. The temple is on the right.For more information, contact 053-711089 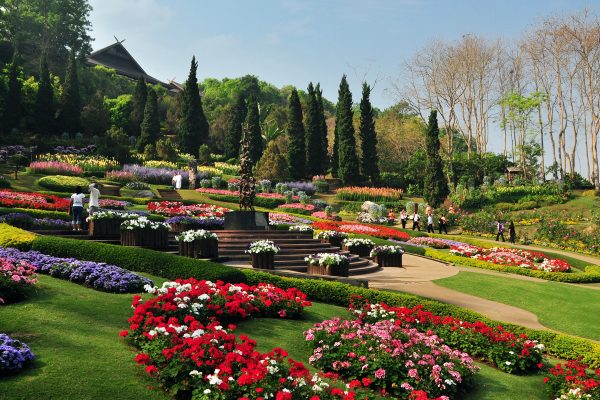 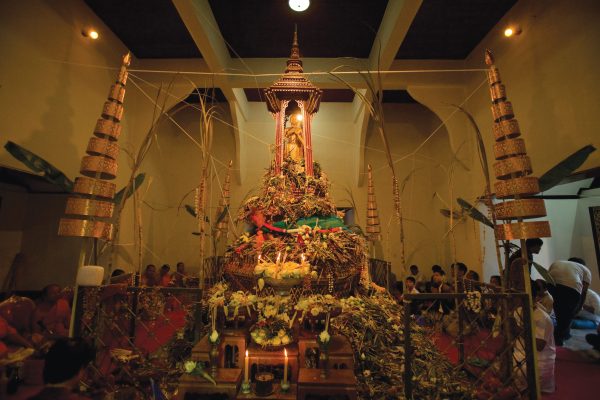