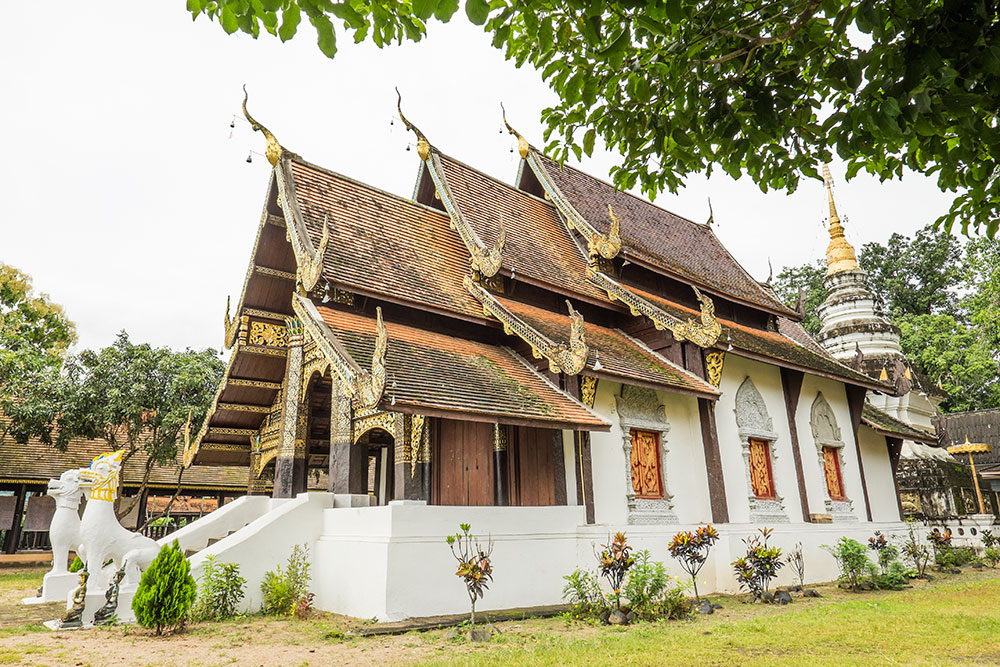 Wat Buddha Ern Wat Buddha Ern was previously named “Wat Sri Suttawas Ern Mongkuth,” located in Tambon Chuang Kerng, Amphoe Mae Jam, Chiang Mai. The temple is perfectly pleasant not only because of tree cover but also because of Buddhist ambience. According to the myth, the holy well situated in front of the temple, the marvel of this place, owns the spring that never dries out. It is said that Lord Buddha once visited here and called out for Ananda to carry him water with which Lord Buddha gargled. The water from his mouth poured down into this area and then it became a spring. Once two monks came across it, they built the temple. When walking in the temple, the right hand side is the monastery hovering over the water and of which the floor built by elevating four pillars surrounded by laterite wall. The fact that a monastery is situated in the middle of water is called “Utokkasima,” a sign of marking boundary which is greatly influenced by Lanka’s belief that holding the ordination ceremony in the middle of water will make the most scrupulous monk. A certificate of the art registration has already been completed for this monastery by National Fine Arts.Inside the temple, there is an ancient teak monastery which possesses Chang Tai Yai-style wall paintings. Unfortunately, they have become blurred. On both sides of the principal Buddha image are Pra Chao Saen Tong and Pra Chao Tun Jai who is believed to be able to fulfill any wishes one makes abruptly. The pagoda which contains Buddha’s relics inside and of which the base is decorated with 12 Lanna-style zodiacs is located behind the monastery. In addition to what is inside the temple, nature surrounding it is also beautiful. In rainy season, tourists can view the greenish field opposite to the temple. Doi Intanon can be seen in the farthest line of sight. If you drive a car, you can start from Mae Jaem Municipality, drive on 1 kilometer until you reach the intersection in front of Mae Jaem Police Station. After that, you turn right, drive on about 1.5 kilometer and you will reach a bridge, cross Mae Jaem tributary, drive on just 1 kilometer and you will reach the temple. Even though the way is quite winding, the surrounding nature and the marvels in the temple await your visit. This place is another one not to miss. 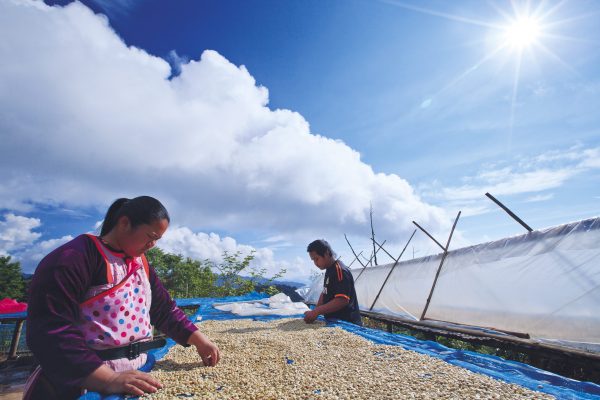 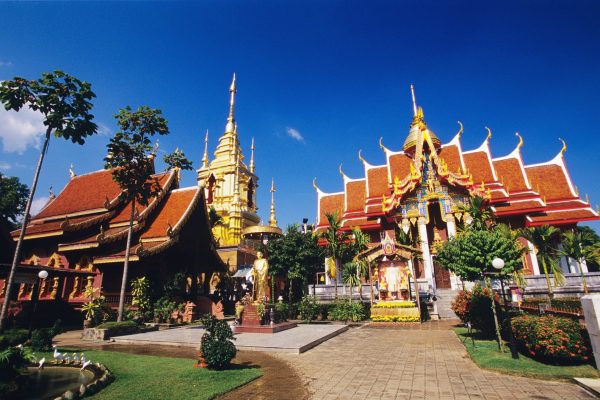