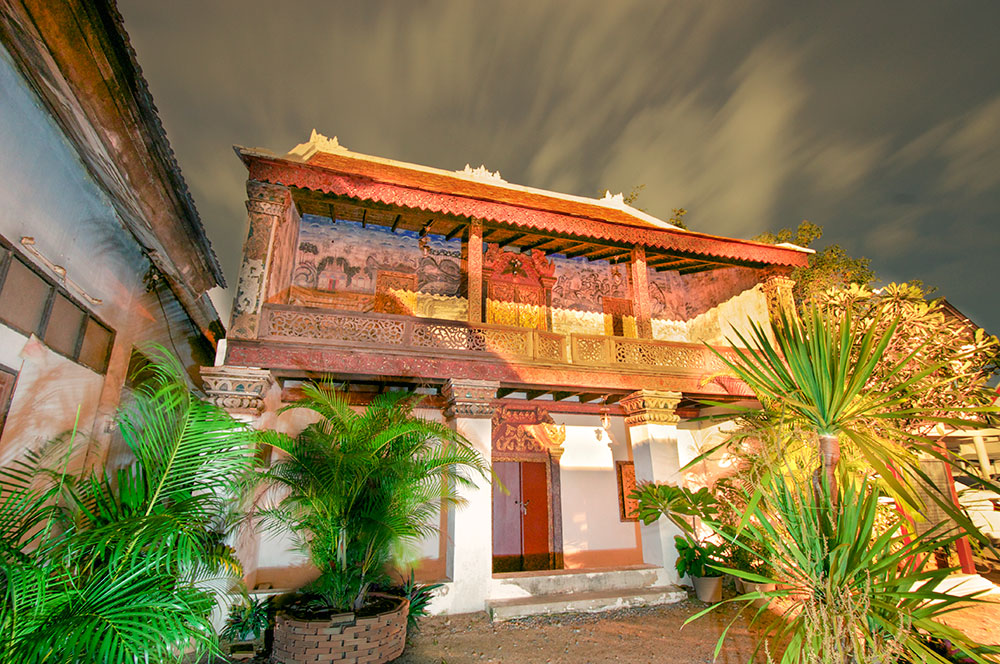 Wat Changkhong Wat Changkhong is a Maha Nikaya temple situated on Thanon Loi Khro, Tambon Chang Khlan, Amphoe Mueang, Chiang Mai. The temple was told to be formerly called ‘Wat Si Pun To’ until the settlement of gong maker immigrants and their renovation made to the temple by 1457 in the reign of King Kaliwa. However, the later construction of a road through the temple area resulted in the random settlement in the vicinity and abandonment of the temple’s outer pagoda and ordination hall. The major reconstruction took place again in 1848 in the period of King Mahotaraphratet. There are several interesting buildings in Wat Changkhong. The list includes:-The Ancient Scriptures Hall (Ho Trai)-This two-storied building with plaster and carved wood decoration can be dated back more than a hundred years. It is the only combination of Thai, Chinese, and Burmese architecture in Chiang Mai.The Main Hall-This assembly hall is in Lanna style with flora-pattern, a three-headed elephant, and deity tympanum. The wall exhibits the last ten reincarnations before Buddhahood and the life of Buddha. The Buddha image in an attitude of subduing Mara is placed as the center of the hall.The Earthen wall-The wall was originally the outer wall of Chiang Mai city, beginning at the corner of the inner city wall on the northeastern side or Chaeng Si Pum, stretching along the south and returning up to another corner on the southwestern or Chaeng Ku Hueang. It is estimated that the wall was built at the same time with the inner city wall and the ancient city construction seven hundred years ago.The Pagodas-There are two main pagodas in the temple. The outer pagoda was constructed together with the temple in tier pattern (Prasat form). The inner one is a Lanna bell-shape pagoda comprising of the simple lower base (Than Khieng Riab), the redented Malai Thao rectangle base, the decorating umbrella (Chat), and four Burmese Singh plaster sculptures at the main corners of the pagoda. 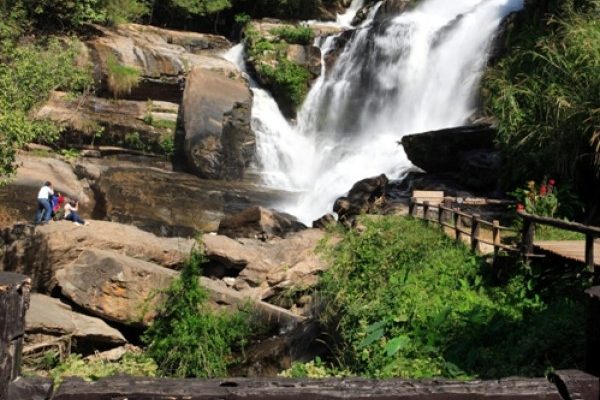 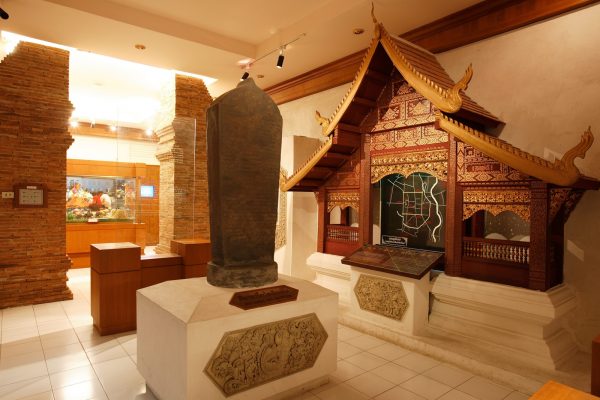