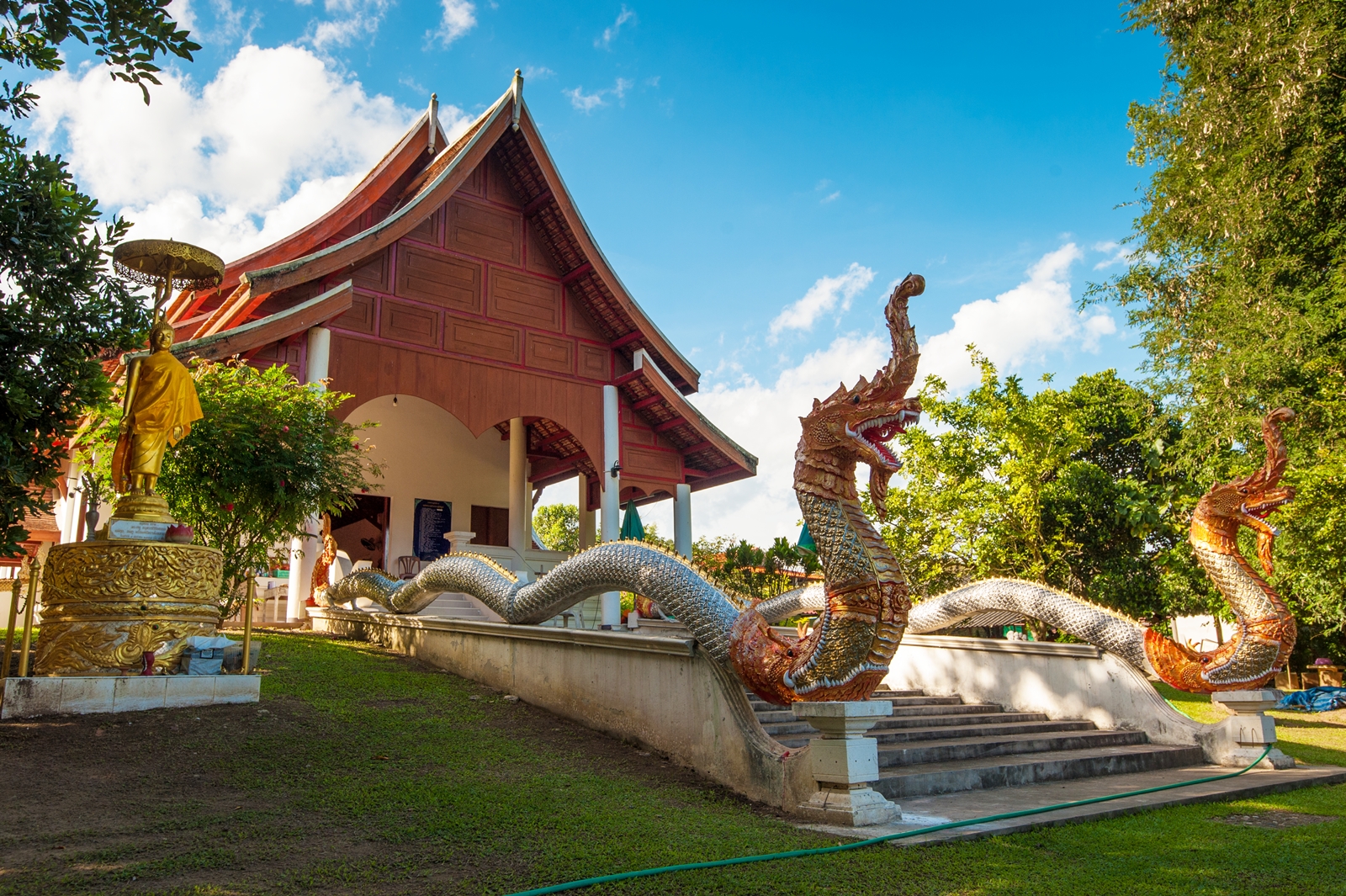 WatNaamhu WatNaamhu is one of the oldest temples in the District of Pai. Today, Pai has become one of the top dream destinations for both Thai and international visitors. As Pai offers a serene and comforting ambience as well as welcoming locals, the attraction has gained popularity through the past few years. Quite a few foreigners have chosen Pai as their retirement home. Not only is Pai a modern daydream destination, but the peaceful town has long dated origins with many legends and tales as well as ancient architecture still present today. The city Pai is locale for many temples, among them is the renowned WatNaamhu, which its name is mentioned in the city’s slogan. WatNaamhu is one of the very few temples that have resided with the city since its origination 2000 years ago. According to recent discovered manuscripts, the temple was built during the period where Thailand had one supreme ruler. In 1900, Thailand had big transformations regarding the ruling system; the villages of Pai, Khun Yuam and Hongsorn were shifted to be under control of the west. Later in 1911, Luang Charoen Khetkalang-nakorn (SornSukumintr) was nominated as the first chief of Pai. From evidence found in temple murals, ruins and style of Buddha Images, it’s concluded that the early civilization of present day Pai, were Luah and Khmer people. Evidence shows that the Shan migrated from the cities of Bhai, Sanwee, Chiangkhong, Chiangtung, Mokmai, Langkrua, Kangyam and Mon, followed shortly. As the city grew larger, leader of the village commanded a canal to be dug so that the village is protected from wild animal attacks. The canal comprised 3 entrances, the south gate is called Pratoo Dum (Black Gate) had a main purpose of portaging dead bodies. To the east, a new temple was built. During the reign of PhrachaoIntharawichayanont, ruler of Chiang Mai, PhraKakana was assigned to be supreme ruler of Pai and his successor, Khun Sang-neng. Since 1911 until present date Pai has been categorized as a district for 94 years, having altogether 29 district chiefs. PhraPorOon, significant to WatNaamhu is a highly sacred Buddha Image among local villagers. The Buddha Image is made from pure bronze with measurements of 24 inches in width and 30 inches in height. PhraPorOon has got a bun attached to the upper part of his head, which is a rare element to Buddha Images. Although there isn’t evidence as to when the Buddha Image was built, but there are traces indicating the era of King Naraisuan the Great’s reign. Behind this Buddha Image is a chapel, whichis considered to be built during the same period. In 1925, leader Thon, Mr. HengpongPongkumtem and villagers of Naamhu village came together and constructed a sala next to the river as a residing place for PhraPorOon. The temple wasn’t maintained well and once KrubaSriwichai, a renowned northern-Thai priest was in the area, he inspected the temple and asked kind Buddhists supporters to build a chapel replacing the old one. At the same time, a new chedi was built behind the chapel too. Although there’s no confirmed evidence on the construction of WatNaamhu, but villagers believe that it was built originally to store and maintain relics of PhraSupankalaya, sister of King Naraisuan the Great who was held as hostage in Burma. Her royal highness was assassinated in Burma. Other than maintain relics, PhraSupankalaya’s hair is also kept in this temple. PhraSupankalaya is a significant figure in Thailand’s history. Her bravery and sacrifice has resulted in Thailand’s independence today. In front of the temple is SalaPla (Fish Pavillion), which is one main attraction of WatNaamhu. There are monuments of King Naraisuan the Great and PhraSupankalaya gracefully located in the area for people to pay their respects. 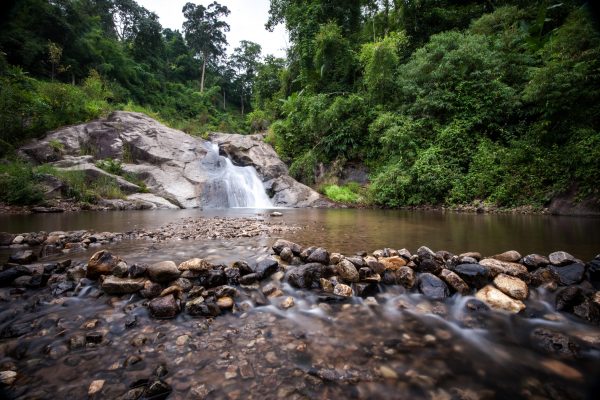 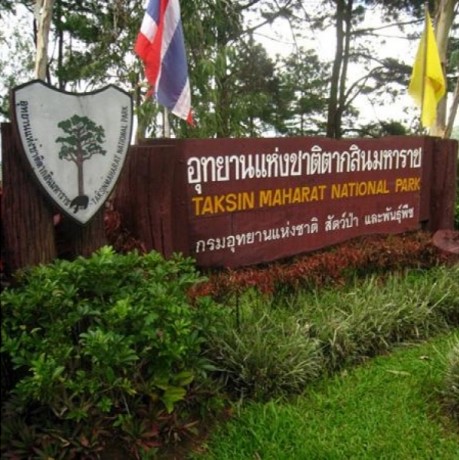