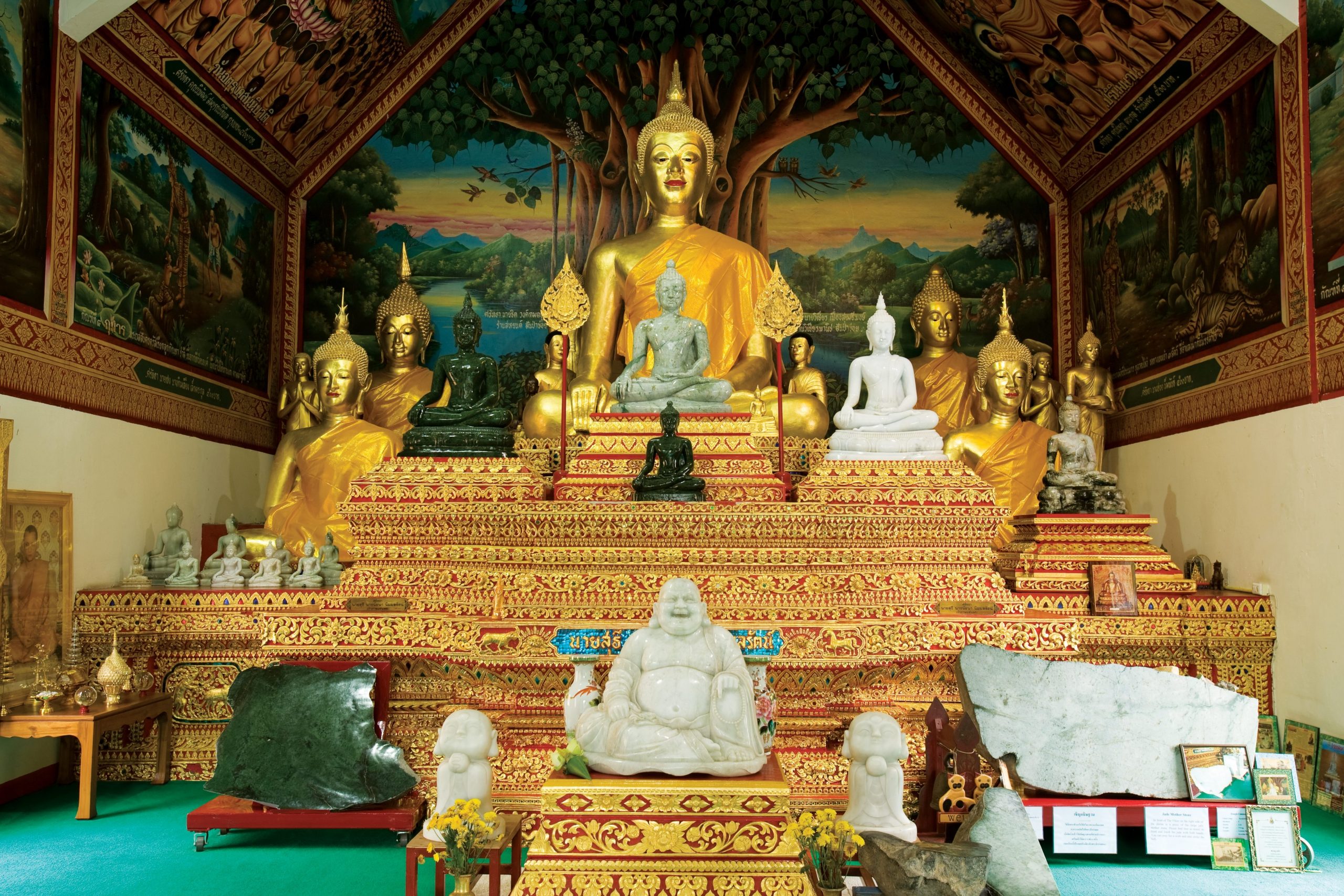 Wat Ou Sai KhamWat Ou Sai Kham was built by laywomen emigrated from Chiang Saen City and live near there. Its old name is “Wat Uppakham” but finally was changed into “Wat Ou Sai Kham”.Inside the temple’s monastery are the important Buddha statue named Phra Buddha Sihing Yok or “Phra Sing Yok”. The Buddha statue was made from natural emerald or Jadeite, Commercial Jade type. There are various colors of emerald in the statue such as pearl gray color, purple color at the left shoulder, green color at the left hand, the chest and the throne, and white spots at the left knee. The hardness of the statue is at level 7. The statue meets Chinese people’s qualifications of greatness called Hok Lok Siu. Its origin is at the Pha Kan, Ka Chin region in the northern part of Burma. It was auctioned at Mandalay city in Burma. The emerald Buddha statue is in the posture of Mara Vichaya in Singha 1 Lanna style. It is 29 inches wide, 41 inches tall, 900 kilograms, and 2,572 kilograms before carving. It is the biggest Burmese Jadeite in Thailand. Somdet Phra Nyanasamvara Somdet Phra Sangharaj of Wat Bovoranives Vihara in Bangkok gave Buddha’s relics in the golden casket and put it in the statue’s head and name it for the prosperity of Buddhists in Chiang Mai. Moreover, there are many interesting things in the temple such as the ancient pulpit that is still being used nowadays, the wall paintings behind the chapel, the ancient Tripitaka Hall in Lanna-Thai style which local people called “Lang Kai Castle”. This temple has been the center of Bali studies, Dhamma discipline, traditions and customs of Chiang Mai people and ancient alphabets. Ou Sai Kham is situated in Changmoi Sub-District, Muang District, Chiang Mai. It is opened daily from 7 a.m. to 6 p.m. For more information, please contact 0-5323-2410. 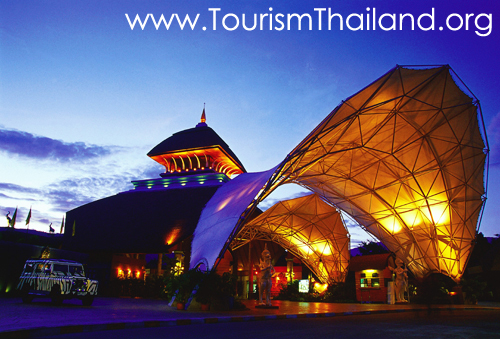 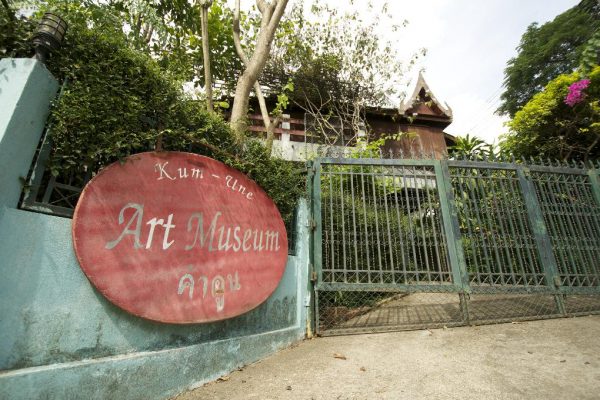