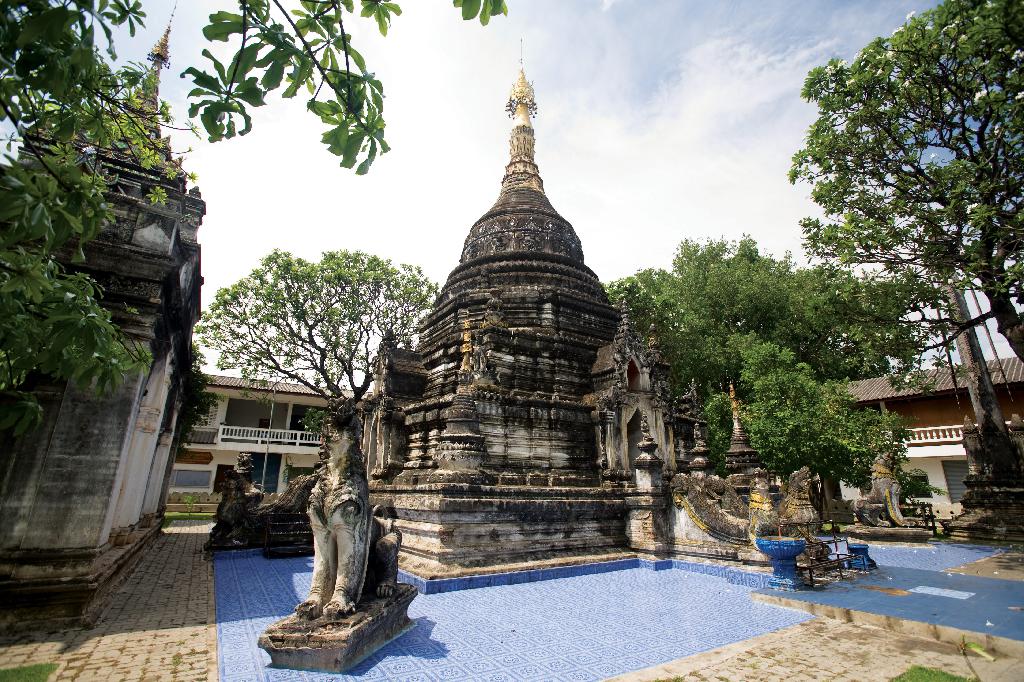 Wat Pa Pao is situated on Manee Nopparat road, Chang Moi sub-district, Mueang district, Chiang Mai Province. It is the first temple of the Ngiaw in Chiang Mai. Wat Pa Pao constructed during the reign of Prachao Intawichayont in1883 by Lady Bua Lhai, a Tai Yai concubine of the king, and Tai Yai people. At that time, the Ngiaw or the Tai Yai lived in the Chang Phueak, Khuang Singh, Chang Moi, Fa Ham, and Wang Singh Kum areas. In the past, there were a lot of Pao Tree; therefore, the temple was named Wat Pa Pao. The Buddha’s relics at Wat Pa Pao are Tai Yai type. At the temple, the Poy Sang Long or the “Festival of the Crystal Sons” by Lanna people is held in April annually. Inside the temple are school, teaching Tai Yai language for children, and Ngiaw museum. Wat Pa Pao, therefore, is such a beautiful place. Wat Pa Pao was once a residence (a palace) of Prachao Kuena Thamikarat, the ruler of Chiang Mai and scion of the seven royal houses. After Prachao Kuena Thamikarat’s death, the prime minister– Saen Pha Nong brought Prachao Kue’s body into the city at the wall side opposite to Wat Phram, which is the location of Wat Pa Pao these days, for the cremation. After that, Saen Pha Nong did not look after the old castle outside the city wall because of the war with the other countries. The palace, then, was dilapidated and turned to be a deserted area. As a consequence, many types of plant grew all over the place. The reason why the temple was named Wat Pa Pao is that among various types of plant, Pao Tree (a kind of herb) grew more than any other types. After that, many Ngiaw (Tai Yai) people had gathered to ask the current ruler for the permission to reclaim Pao Tree at the old palace before the temple was built. It is the Ngiaw (Tai Yai)’s architecture with multi-tiered roofs, which is called either Chetawan Wiharn or Weruwan Wiharn. The temple was restored many times until, in the reign of Prachao Kawila– the ruler of Chiang Mai Prathomwongse, the country was improved and kept up for progress. A number of people from many provinces in all direction, including the Ngiaw (Tai- Tai Yai), were gathered. They joined the former group and restored a lot of temples. 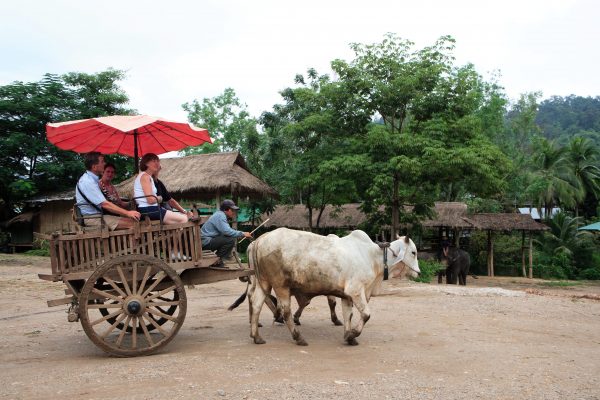 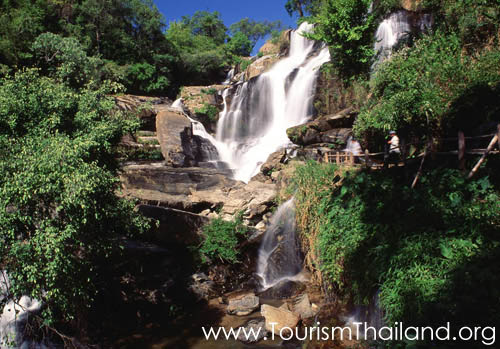