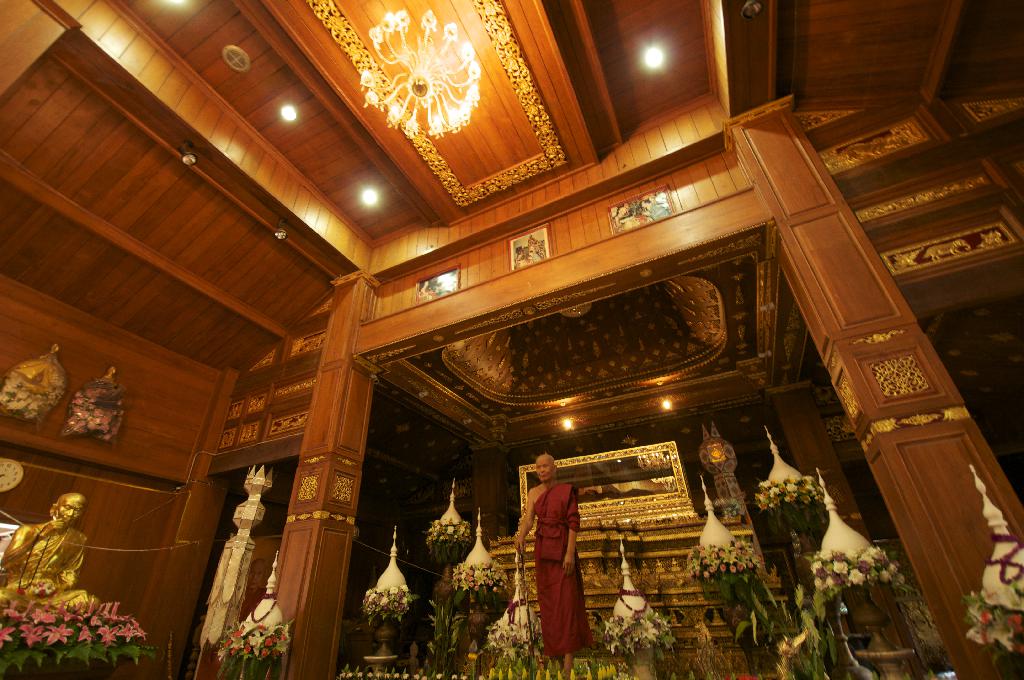 Wat Pa Tueng is located in On Tai sub-district, San Kamphaeng district. It was a deserted temple, together with Chiang Saen Temple. The Buddha’s relics and many valuables such as antique objects, Buddha images, and chinaware were found before the construction of the temple. At present, they are kept in the porcelain museum in the temple area. The body of the famous instructor, Luang Pu La, is kept in the sermon hall where the believers can worship the body which still has not decayed. Prakru Chanta Samankhun or Luang Pu La Ta Thip of Wat Pa Tueng is a famous instructor in the Northern part of Thailand. Apart from other famous instructors in Chiang Mai like the saints of Lanna, Kruba Srivichai and Luang Pu Waen Sujinno of Wat Doi Mae Pung, the name Luang Pu La of Wat Pa Tueng is also included in the instructors who make good things. Luang Pu La is well-known to ordinary people as he always behaves morally. He is faithfully believed to have divine foreknowledge due to his ability to see happenings in the future. As a result, people call him “Luang Pu La Ta Thip– Luang Pu La with Divine Eyes.” Luang Pu La (Prakru Chanta Saman Khun) was born in the reign of King Rama V during the ruler of Chiang Mai transition between the 7th ruler of Chiang Mai “Chao Intawichayanont” (1883-1896 A.D.) and the 8th ruler of Chiang Mai “Chao Intawaroros Suriyawongse” (1899-1909 A.D.) Luang Pu La was born on Thursday, September 22, 1898 at Ban Pong, On Tai sub-district, San Kamphaeng district, Chiang Mai Province. When he was 8, his mother brought him under the care of Krubapinta, an abbot at Wat Pa Tueng. He became a temple boy and got the opportunity to study with Krubapinta for the first time, using native books which are common at that time. When Luang Pu La reached 11 years old, he became a novice under Rukamoon interdiction in the jungle. Being under interdiction is called Kao Sosan Kaema Tradition. It is an important Buddhist ceremony that monks have to follow strictly. It is usually performed at the cemetery outside the temple. Monks and those who are under Sosan Karma interdiction have to behave very strictly to relieve the desires and passion. When Luang Pu La was 18, he went to stay in the city center of Chiang Mai to study Dhamma at Wat Chetupon. Unfinishedly studying, only one year, Luang Pu La had to return to Wat Pa Tueng to look after his aged instructor, Krubapinta. In 1914, Krubapinta died at the age of 74, whereas Luang Pu La was only 27 years old. He, then, was appointed abbot of Wat Pa Tueng in 1914, succeeding to Krubapinta, and was appointed monk dean of On Tai sub-district later in 1933. In 1961, Luang Pu La was titled as “Prakru Chanta Samankhun while he was 63 years old. He died on February 16, 1993 at the age of 97. 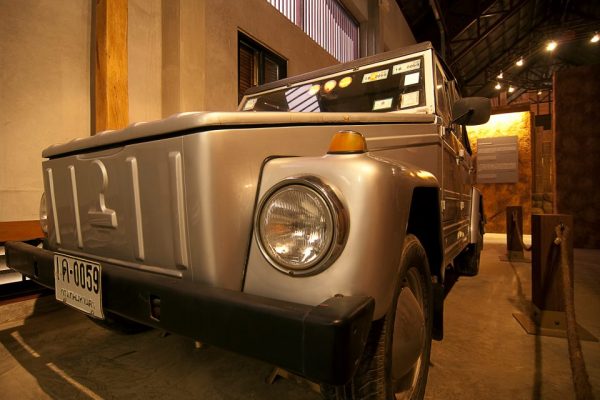 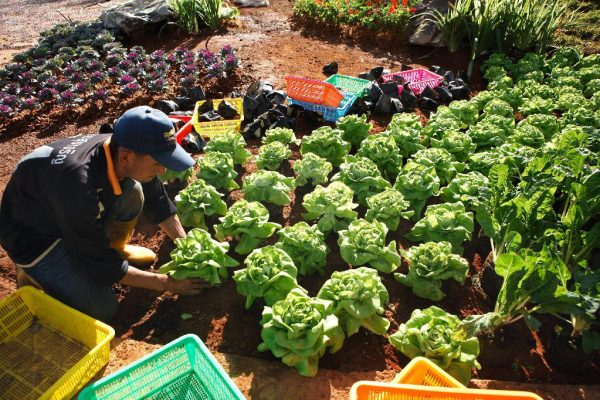