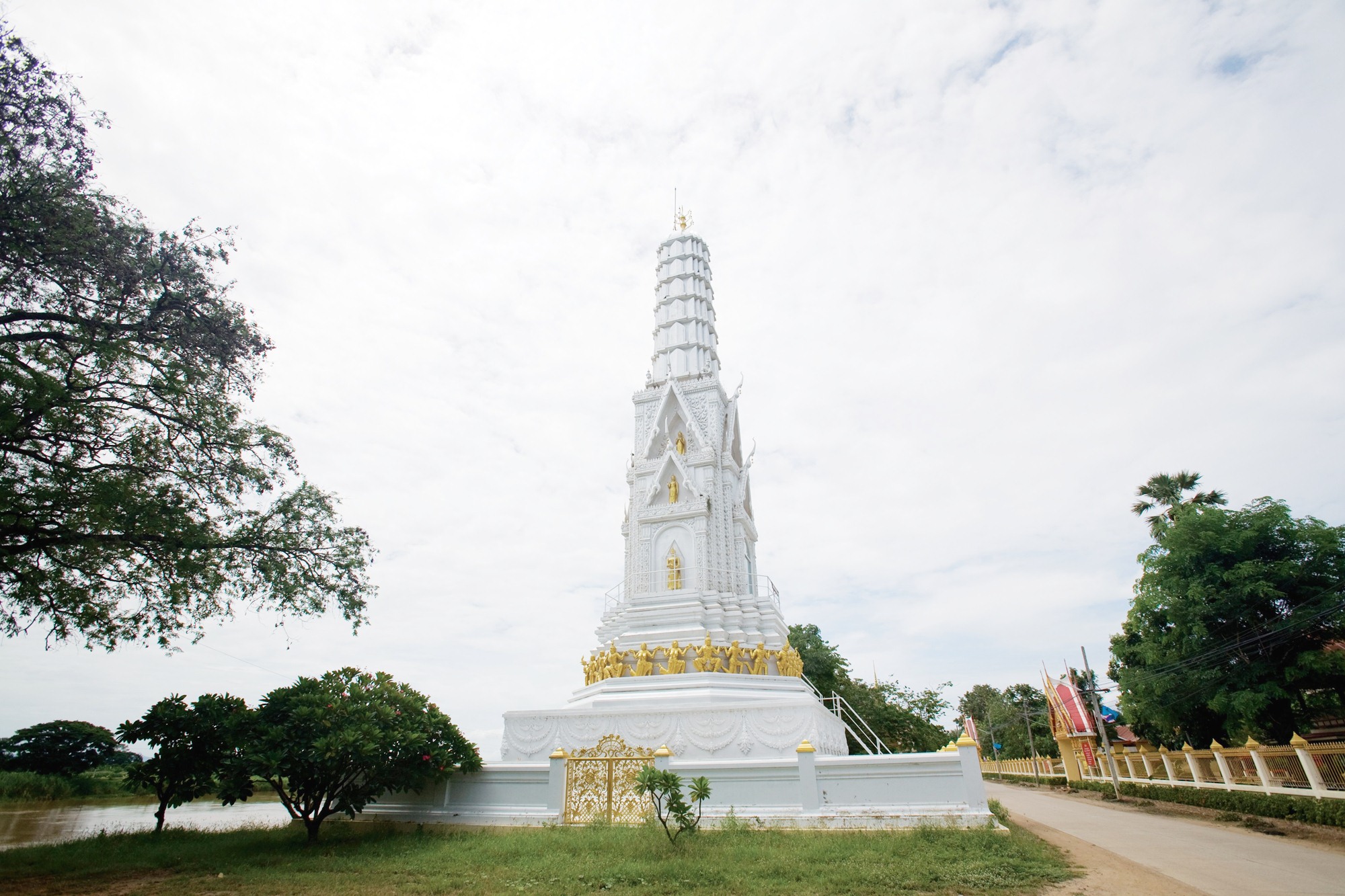 Wat Phra Prang Lueng, Wat Phra Prang Lueng is an ancient temple of over 230 years old. It was built around 1762 during the late Ayutthaya period. The temple is located on the east of Chao Phraya River. It has several religious buildings and important antiques; for instance, the original Phra Prang Lueng, Luang Phor To’s shrine decorated with celadon ware, the waterside raft used for royal reception, the royal Chinese house, the ubosot, Luang Phor Ngern’s old dwelling, Luang Phor Ngern’s statue and other historical photographs. In the past, the temple was known for treatments using herbs, holy water and incantation according to ancient traditions. One of the treatments called ‘Yeab-Cha’ cured sprain and paralysis by dipping a foot into herbal oil, touching it to an extremely hot iron plate and placing it on the patient. Luang Phor Ngern is a famous monk and instructor of the temple. Wat Phra Prang Lueng is situated near Muang Bon archeological site, which is an ancient province of the Dvaravati period. On the north side of the temple, there are still remains of the ancient moat, indicating that Wat Phra Prang Lueng used to be a community and the nation’s source of civilization since the old days. In addition, King Chulalongkorn (King Rama V) also visited the temple three times during his unofficial visit to northern Thailand. During his second visit on August 11, 1906, which was the most important, the king noted down in detail the places where he visited during the trip along with taking photographs. Luang Phor Ngern blessed the king with holy water on this occasion. The monk was ranked ‘Phra Kru Phayuhanusat,’ the monk dean of Phayuha Khiri District. He was also famous for his ‘Chindamanee’ holy water blessing. The key archeological site at the temple is Phra Prang Lueng. As the story goes, the original prang was an old chedi in Muang Bon Archeological area of Dvaravati era, which was then restored during the period of Ayutthaya. Luang Phor Ngern informed Prince Damrong Rajanubhab of the chedi, so the price named the yellow architecture on top of a pile of bricks ‘Phra Prang Luang (The Yellow Prang)’. The prang looked like a heap of brick and soil with the height of a small hill, so it was restored and became part of the scenic landscape along the immense Chao Phraya River. The surrounding was pleasant thanks to shady trees by the river. The new prang is all white. It is 29 metre tall and was situated on a three-layer base. The prang was built according to the late Ayutthayan style. Its central part holds relics of Buddha and Buddhist saints. 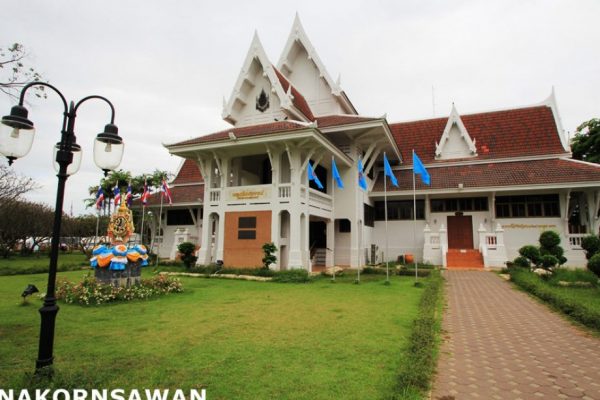