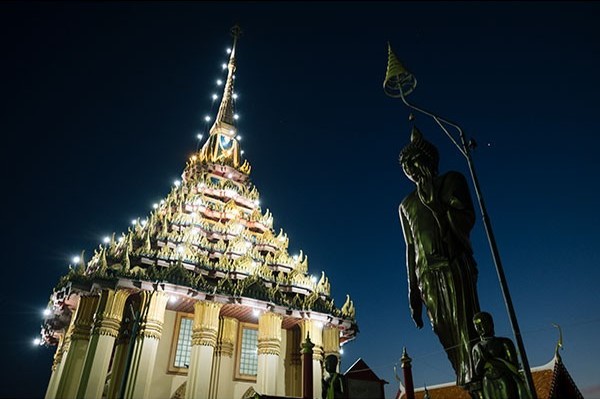 Wat Sangkat Rattana Khiri lies at the foot of Khao Sakae Krang at the end of Tha Chang Road in Tambon Nam Sum. Inside the main hall is Phra Bhuddha Mongkhon Sai Sit, also called Luang Pho Mongkhon, an ancient bronze Buddha image from the Sukhothai period in the Man Wichai posture. It is 1.5 meters wide and was made in the reign of King Lithai.A stairway leads to the top of Khao Sakae Krang totaling 449 steps. At the peak is a pavilion with a multi-tiered roof, housing a replica of Lord Buddha’s footprint and a large bronze bell built in the reign of King Rama V. It is said that this is a sacred bell, and visitors to the province who have not rung the bell have not truly seen the province. In another corner of the temple is the statue of the father of King Rama I, the founder of the Chakri Dynasty, who was born in Ban Sakae Krang.To get there, from the city, take Route No. 3220 and turn left into the provincial stadium leading up the mountain. The distance is around 4 kilometers.The temple is open from 8.00 am-5.00 pm daily. 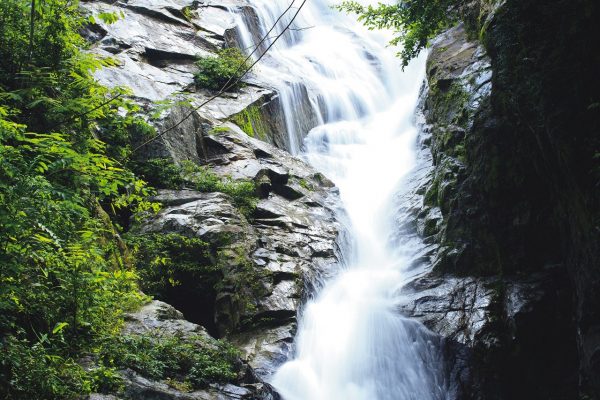 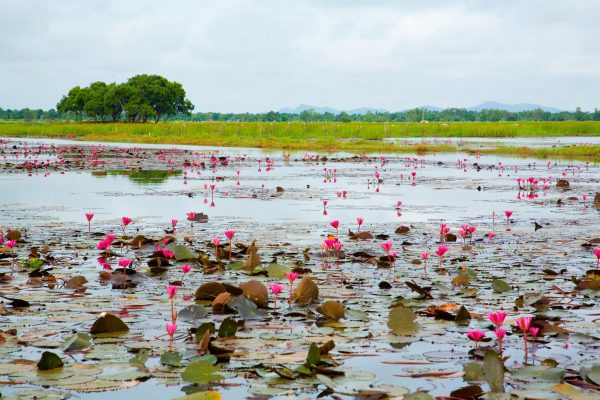