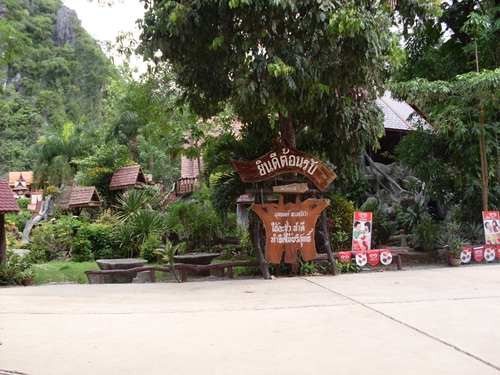 in Tambon Ban Rai, is a temple on a large mountain which is located on Highway 3011, 12 km. from the district. Pass the bend in front of the Chaopho Khao Rak Shrine until getting to the junction. Turn right and go on for about 6 km. Turn left at the intersection leading to Khao Wong. Drive on for about 8 km., turn into the intersection, and go on for 300 metres. The road will gradually be sloping with bending parts of cliff, so it is necessary to climb up along the valley.
The temple is a 4-storeyed building and its basement is used as a multi-purpose court with shops. A wihan is situated on the second floor and the monks’ shelter is on the third floor. On the fourth floor, there is an ordination hall made of teak and Makha wood including old wood from Thai houses in Ayutthaya and Ang Thong. The roof was brought from Lamphun. The reconstruction of the building, Tua Ngao – gable ends, Pan Lom – gable finial, and Chua – gable – were made by craftsmen from Ayutthaya.
The arrangement of the landscape is admirable. The background of the scenery is a limestone high mountain. In front of the temple, there is a well and garden decorated with rocks, topiary, and decorative plants. The construction cost about 30 million baht. Along the way to the cave, pass an artificial waterfall which fits in with the environment.
At the back of the mountain, there are 7-8 caves. Some caves are the places for monks to make meditation, and others are the habitat of bats or the place to see stalagmites and stalactites. On the mountain, a wide plain stretches out on the landscape, including Yang, Makha and Salao trees. Some wildlife exists. 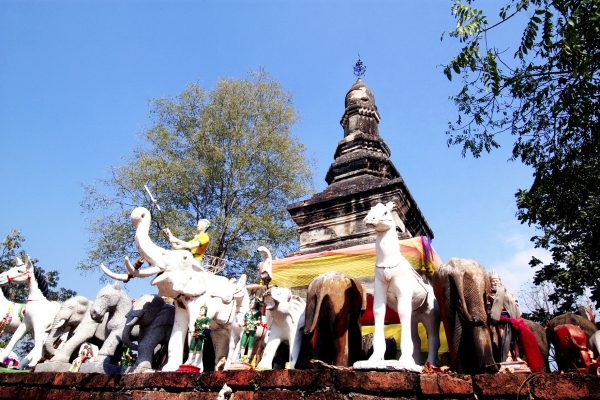 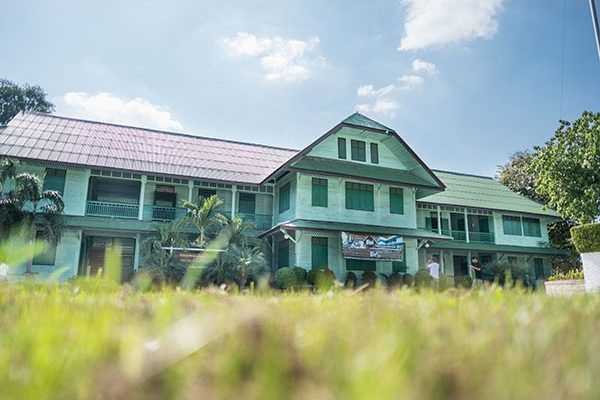