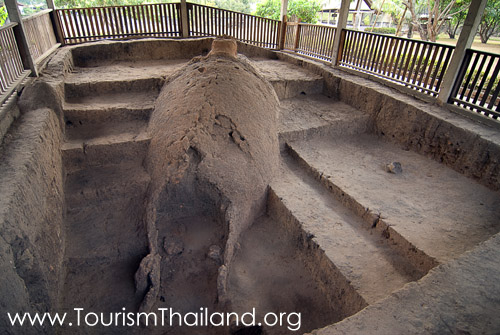 Ban Bo Suak in Nan province used to be an important area producing glazed ceramics that widely popular throughout the northern region. The ceramics production and patterns are really unique from elsewhere. Its popularity was proved by the discoveries of Bo Suak’s ceramic debris in ancient burial grounds everywhere along the northern mountain ridges from Chiang Mai to Tak and Kamphaeng Phet provinces.The history of Bo Suak kiln site was traced back to the reign of Phraya Phonlathep Ruechai in 15 A.D. which was the glorious period of Nan. Their knowledge of creating kiln and making glazed ceramics had been developed to the highest after received technologies from San Kamphaeng Kilns and Kalong Kilns which are kiln sites near Chiang Mai.The Archaeology Division, who has conducted a preliminary study in this area since 1984, also finds this part of Nan is actually a large archaeological site as huge as a community. The kilns face Chao Phraya River for transport conveniently. Two ancient kilns have been reconstructed and sheltered within a permanent structure. There also is a large chamber where a person can enter. An exhibition of kiln artifacts is shown in the basement of Pol.Sgt.Maj. Manat’s house where the kilns were discovered in October 1999.Opening hours: 8am-5pmContact: 0 5452 1118 http://www.tourismthailand.org/See-and-Do/Sights-and-attractions-Detail/Ban-Bo-Suak-Kiln-Site-and-Glazed-Ceramics–4271 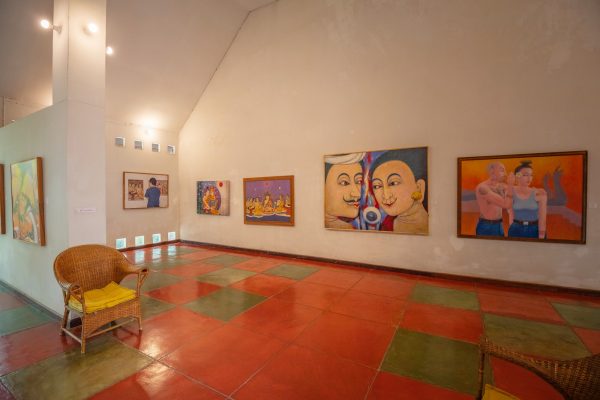