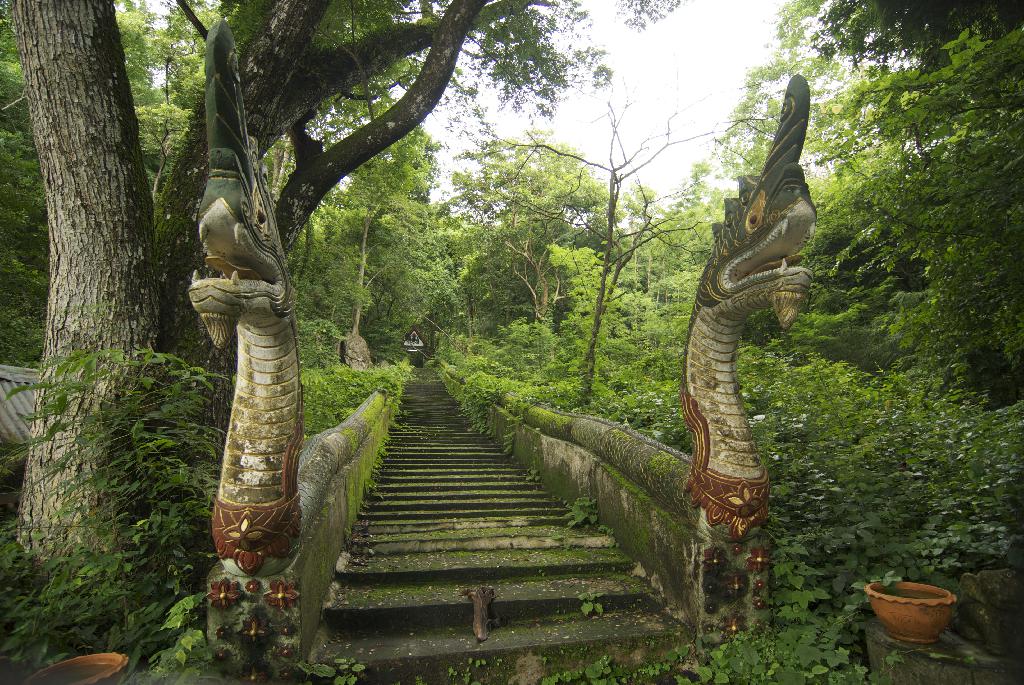 The Hermit’s Cave of Treasure (Rue Si Simbat Cave)”The Hermit’s Cave of Treasure” is one of many important historical places in Bung Nam Tao sub district, Lom Sak, Phetchabun. During Field Marshal Pibulsongkram’s period as Prime Minister of Thailand, Nakhonban Phetchabun Administrative Emergency Decree B.E. 2487 (1944) was declared. Ministry of Finance was established at the Hermit’s Cave of Treasure for it was the treasury of the Siam at that time. Loads of gold were ordered to be transferred from Ministry of Finance in Bangkok to the cave. There, the national treasure was to be hidden from Japanese army that were stationing in Thailand during the Greater East Asia War (Pacific War) in 1941-1945. Nowadays, buildings are not existed anymore, only the cave and some traces of construction remain. The cave is open for visitors to observe and learn about the history there.The Hermit’s Cave of Treasure is a limestone cave with an entrance accompanied by two King of Nagas stairs. Among bushes outside of the cave are remainer of cannon gun forts moved from Bangkok. They once stood bravely to protect the treasure. Inside the cave are a statue of hermit which gave the cave its name and there’s a Buddha’s statue too. Traces of what used to be a nation treasury can be seen under the lights installed on the cave walls. However, visitors are recommended to bring their own torch light or lamps along. The cave is about 36 kilometers away from Petchabun, 20 kilometers from Lom Suk and estimately 2 kilometers from highway 21 (Saraburi-Lom Suk). Travelling from Petchabum, take highway 21 from 251th kilometer to 252th, there’s a direction sign to the cave. It is on the left of the intersection, opposite of Petchabun airport entrance. Follow the sign for 6.5 kilometers and the cave is there. 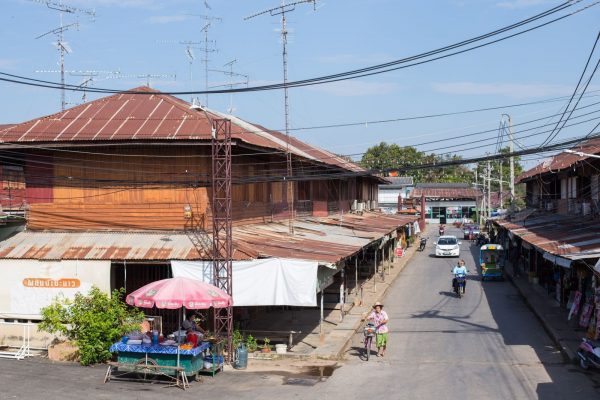 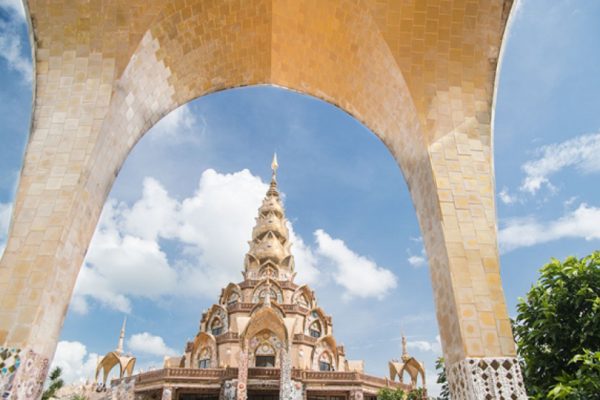