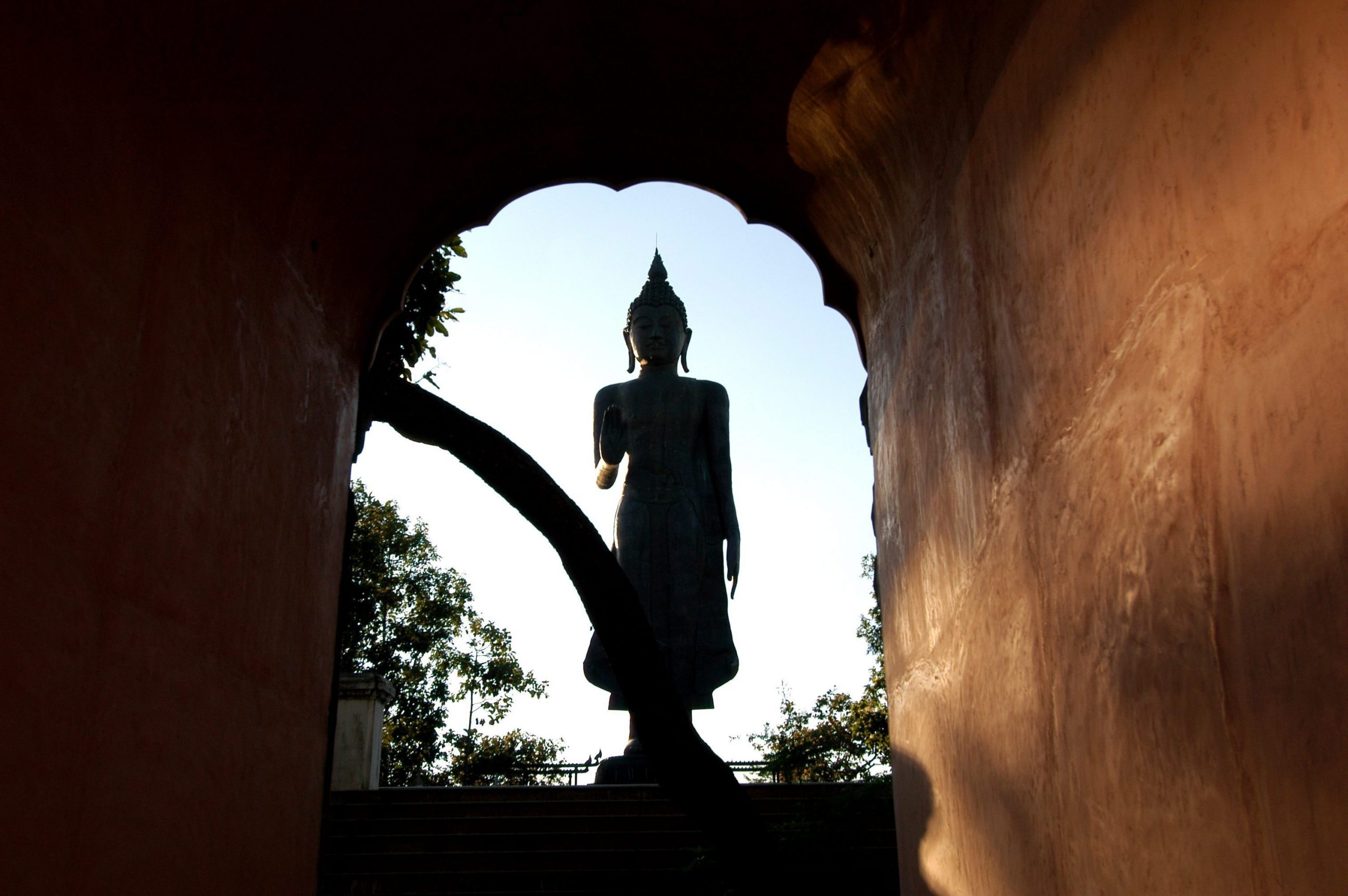 Wat Anal Yothippyaram (Doi Bussarakam), Buddhist park was located far from the main province for 20 kilometers, travelled by highway no. 1 to the north straight to Mae Jai district about 7 kilometers and turn left to highway no. 1127 and 1193. In case of heading to the south, travelling straight to Ngaw district, Lampang, the 4th kilometer at Mae Tum intersection and turn right to highway no. 1193.The temple was located in Ban San Pabong, Moo 6, Muang Phayao with the area 2,800 rai, established by Pra Paiboon Samungkalo. During the establishment, there was the phenomenon occurred; the golden sand flowed to cover the temple as gold became the gold light which this event still present until now especially in Buddhist day. After considering the location of the temple, it is appropriate for establishing the practice Dharma school.Somdej Pra Yarnnasungvorn, Wat Bavornivej (Bangkok) acted as the main of a ceremony for laying a cornerstone in May 14, 1982 at 12.44, and then there are many establishments as appear as today. However, an issue of this temple is water shortage, until Pra Arjarn Phaiboon was invited to Pra Tee Nung Phaisarn Thaksin and meets His Majesty the King. The issue was supported by His Majesty the king who will consult to Department of Irrigation. Until on Wednesday, January 18, 1984, His Majesty the King, Her Majesty the Queen and Her Royal Highness Princess Maha Chakri Sirindhorn visited Wat Anal Yothippyaram and had the conversation since 1.00 p.m.-8.00 p.m. and had dinner.Within the temple, there are many interesting areas as follows: Luang Pu Khao Analyo, the greatest teacher of Wat Thum Klongplae, Udornthani.Pra Muen Pee Temple with the large building, placed by the Buddha with the character of meditation.Pra Narkprok which placed in outdoor opposite to Pra Muen Pee Temple, the white Buddha and have the naga’s head behind.Pra Nguen Hall, the wooden building with beautiful decoration without wall which was placed by many Buddha’s characters, each has approximately 50 centimeters including Somdej Pra Puttacharn (Tho Promrungsri). The temple has terrace which allow visitors to see the scenery of Kwan Phayao. Next of temple is stupa and Buddha with Pang Marn Vichai named Pra Put Metta Napa Visuth Mongkhol which placed in outdoor (white Buddha) with 10 meters width and 2 rabbits. The Ministry of Education promoted to be a temple in January 20, 1987 and have a command to confer this temple as the area to establish the place for Sabbath (ubosot) which announced in January 18, 1988. In April 10, 1989, His Royal Highness Crown Prince Maha Vajiralongkorn visited the temple to perform the relic of Buddha ceremony and all establishments in this temple had spent over 6 years. 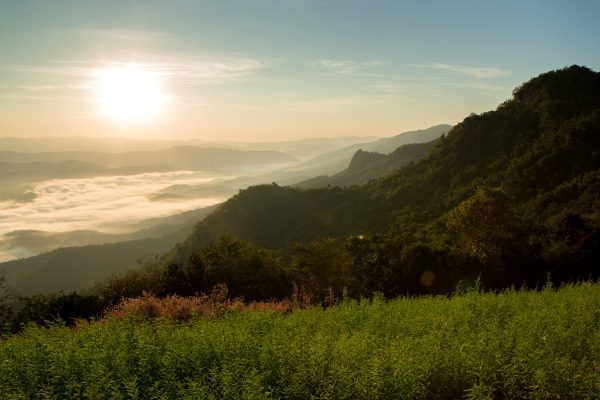 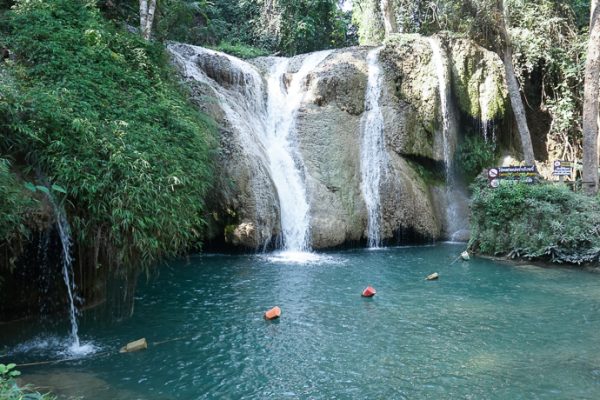