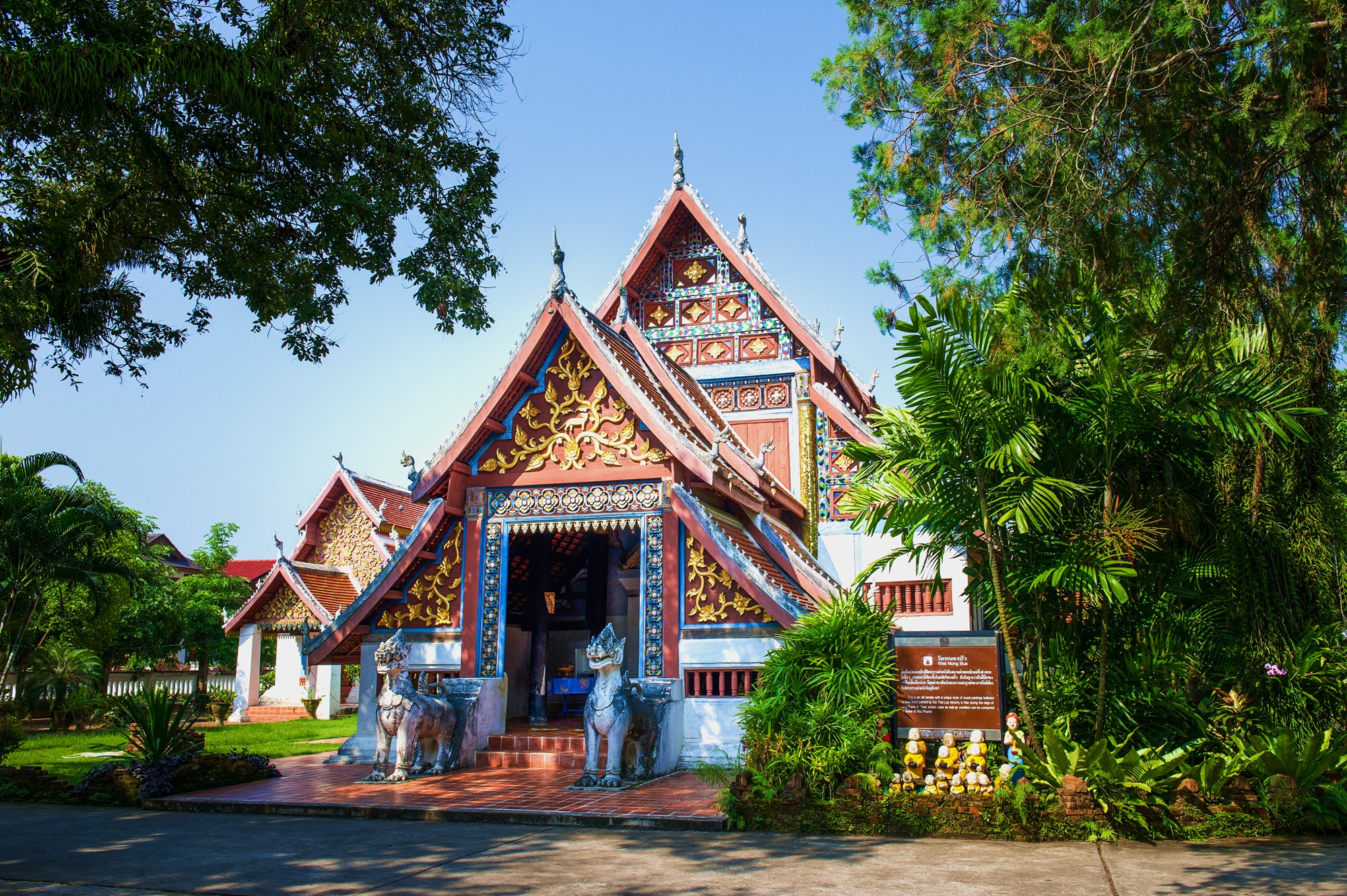 Wat Nong Bua in Nong Bua village of Tha Wang Pha district was built in 1862 A.D. by Thai Lue craftsmen who had migrated from southern China. Apart from the Vihara (Buddhist monastery) which is adorned with elaborate carvings, there are also wall murals painted by Thai Lue artists some one hundred years ago. Their artistic value and degree of perfection equal those at Wat Phumin. The temple also has the reproduce of Thai Lue ancient home where inside displays Thai Lue appliances in daily living.The history of temple was not recorded, so we know the information from 2 presumptions, which are from elders’ saying, and from observation of mural paintings.The saying of Kru Ba Payna who is the Nong Bua people by birth told that his father was the Prince of Nan’s soldier. After the war with Luang Pra Bang, his father brought the artist so-called Tid Bua Pun in order to paint the mural painting.The paintings of foreign soldiers and the steamship at the north wall of temple were evaluated the age of mural painting. According to the history of steamboat, it was created in Europe and United state and imported to Thailand in the reign of King Rama IV. There’s also the appearance of pistol sword in the painting. This kind of sword was used extensively from the period of King Rama IV to the period of King Rama V. Therefore, these series of mural painting were painted in Ratthanakosin era.The stories of mural painting adapted from eleventh story of Jataka tales and the life of Buddha. This Jakata tale is parable for teaching children about devotion, filial piety, honesty and benevolence etc.We also understand the value of mural paintings because every paintings are valuable for reflect the social status of people in that time especially in aspect of ordinary people. The mural painting of Wat Nong Bua represents the simplicity of way of living perfectly.Visitors also enjoy watching the female costume of people in that time namely, women wearing sarong in Nam Lai patterns-traditional tribal fabric. Nowadays, the kind of fabric is also the well-known local handcraft of Thai Lue people. 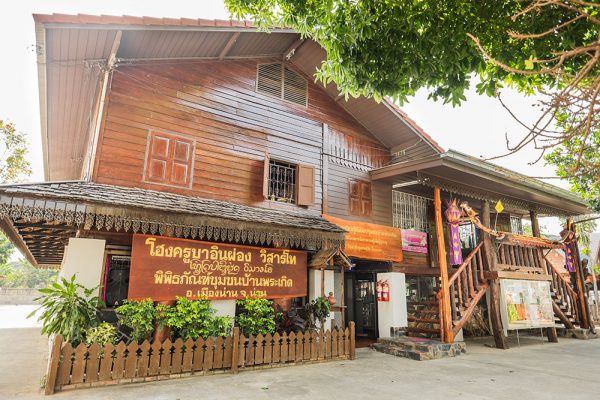