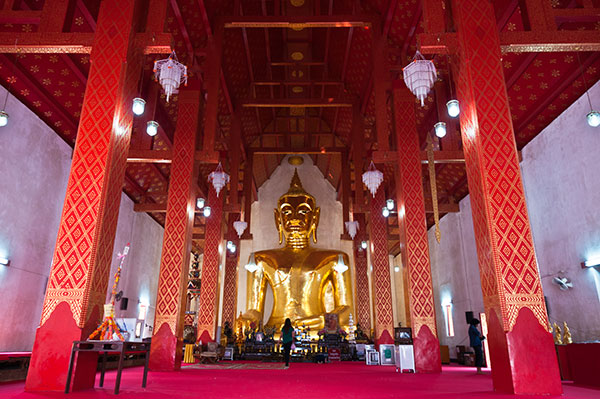 Wat Si Khom Kham is a temple located in the centre of Mueang Phayao by Kwan Phayao. It is a 3rd class royal temple and selected model of a developed one. Local people call it “Wat Phrachao Ton Luang”, after the largest Buddha image in the Chiang Saen style of art in the Lanna Thai Kingdom. It is a Buddha image with a lap width of 14 metres and height of 16 metres, and was cast during 1491-1524. Phrachao Ton Luang or Phrachao Ong Luang is not only a signature Buddha image of Phayao, but also one of the Lanna Thai Kingdom. During Visakha Puja Day of every year, there is a ceremony to pay respect to Phrachao Ton Luang, called “The Ceremony to Pay Respect to Phrachao Ong Luang in the 8 th Northern Lunar Month”. Moreover, within the compound of the temple stands an ubosot in the water by the bank of Kwan Phayao, where there are mural paintings in elaborate designs by Achan Angkarn Kalayaanapong, a National Artist of Thailand. 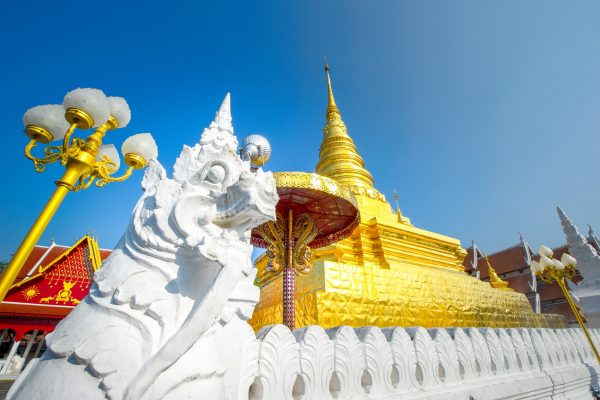 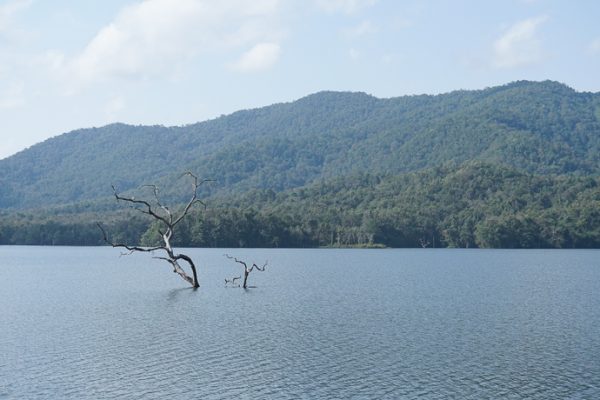