Water Hyacinth Village is located in the Northern area around 2 kilometers away from Phayao city according to Phayao-Chiang Rai route. Take the same route to the village where mortars and millstones are made, turn left to WatAnalayo around 5 kilometers, and then you will reach Ban San Pa Muang. This village was established from one kind of water plants, which is the Water hyacinth. Since this plant can spread itself very fast in the water, there is a Water hyacinth elimination approach in a broad way in the past 10 years. Water hyacinth plays an important part in maintaining the ecology. Moreover, this plant can be used in making various kinds of equipment. No wonder why, at present, the villagers face short supply of Water hyacinth. The famous products made from Water hyacinth are those made in Ban San Pa Muang, Muangsubdistrict, Phayao province. It is told that every house in the village makes a living by creating Water hyacinth handicrafts. The origin of Water hyacinth appearance in the village started in 1977. At that time, Phayao province was only a subdistrict in Chiang Rai province. Princess Srinagarindra or the Royal Grandmother took a vacation at a fishery village. She saw a large number of Water hyacinth at Kwan Phayao. The villagers in Kwan Phayao had made a living by handcrafting water hyacinth equipment. Unfortunately, it was not so popular at that time. Therefore, Princess Srinagarindra supported the villagers to make the most from the Water hyacinth by making equipment such as baskets, bags and others. Since then, there have been many foreign merchants come to purchase the products from this village. When Water hyacinth products gain great demand from the market, one problem the villagers meet is the shortage of water hyacinth. Most villagers have to buy Water hyacinth from Pichit, Phitsanulok and Chainat provinces, which are sold in high price. Plus with the transportation cost, therefore, the products are sold higher price. In conclusion, Water hyacinth will maintain the balance of the ecology and build a stable and sustainable occupation and income for the villagers. It also changes the way people see this plant from the water weed into the beneficial plant which provides the change to the villagers. Some can pay their children’s study fee until they can graduate the degrees. 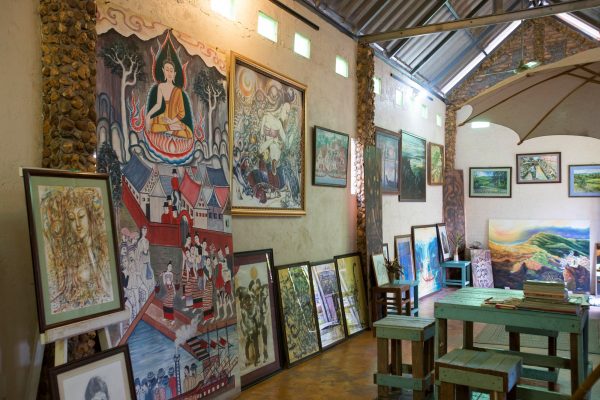 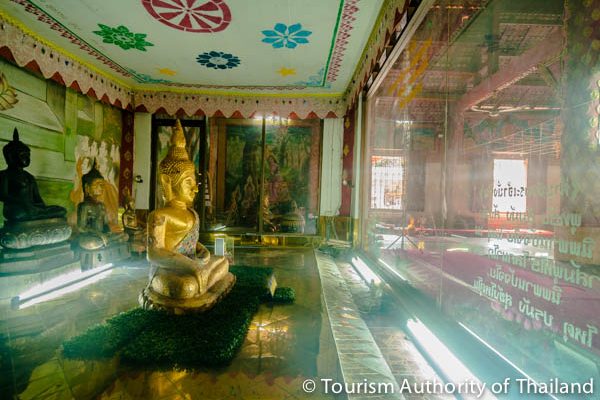