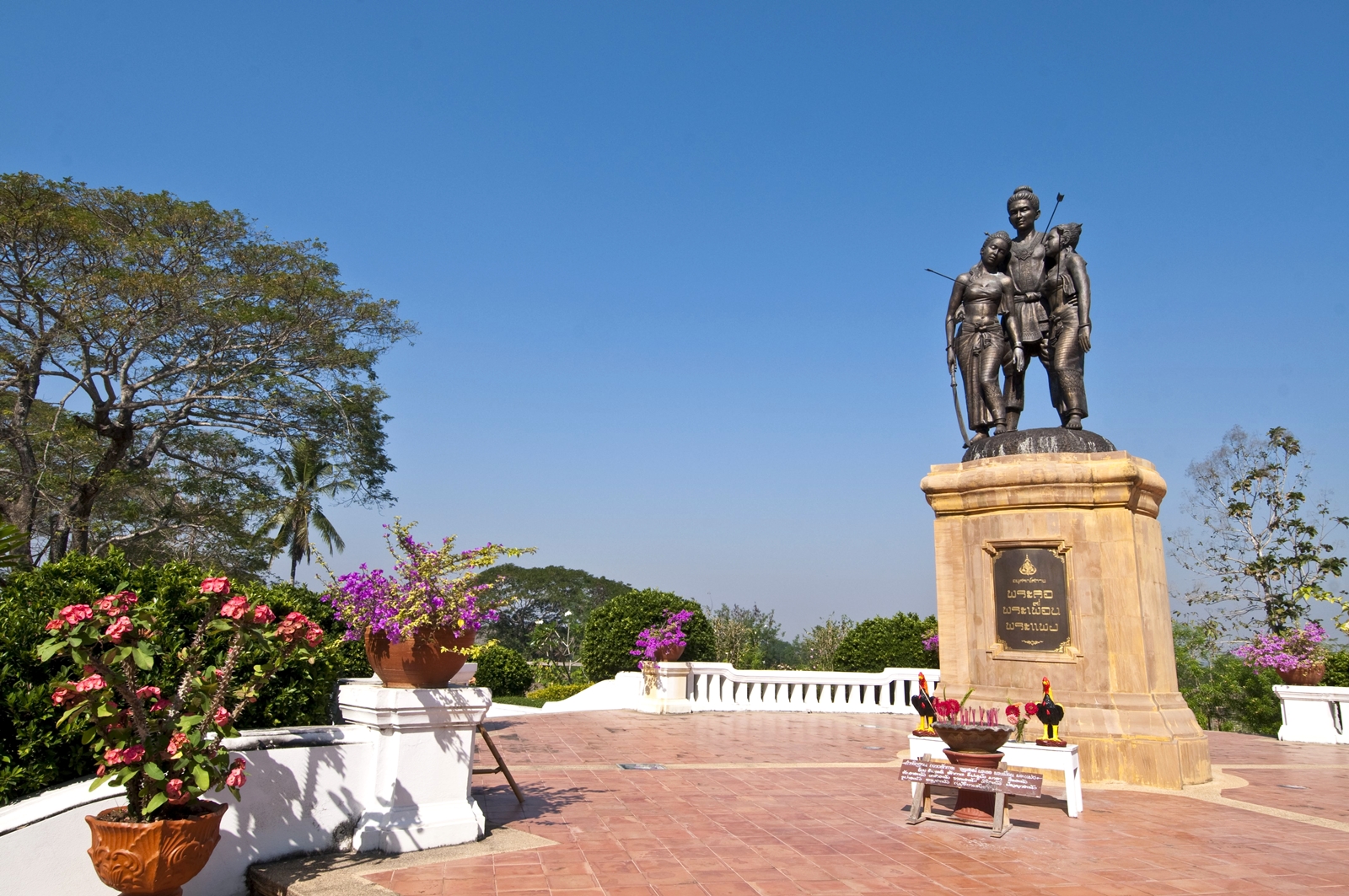 Lilit Phra Lo Park. Lilit Phra Lo Park is located at Amphoe Song of Prae province. When the tourists arrive at the city, there is a clear sign to this park. Drive along to Amphoe Song and turn right along the road following the sign into Khum Khlongtham Village for around 1 kilometer. Then, you will arrive at Lilit Phra Lo Park.Lilit Phra Lo is a literature composed during the early Ayuttaya era. It is said that, there were 2 cities; Sruang and Song. Sruang city had a prince named Phra Lo which is artistic. Song city had 2 princesses named Phra Phuean and Phra Phaeng. Both cities are enemies. However, Phra Phuean and Phra Paeng fell in love in Phra Lor so they used many ways of love potion. Finally, the three of them got a chance to meet and stayed together at Song city secretly. When the grandmother of Phra Phuean and Phra Phaeng found out, she was very furious and ordered the military to surround their palace and killed them all. The three of them died in the position of leaning against each other. Inside this park, there were many places according to the literature: Firstly, the monument of Phra Lo, Phra Phuean and Phra Phaeng leaning against each other and the monument of the Chicken which the old man used to lure Phra Lor. Moreover, there is also an imitation of the cave of the old man. Inside the cave, there are pictures, paintings of the story from the literature. Outside, there is a building with exhibitions inside. Apart from the characters and places imitated from the literature, we can also see many doctrines from the literature attached all around the park. Not far from this park, there is Wat Phra That Phra Lo which is believed to be the place where Phra Lo, Phra Phuean and Phra Phaeng’s relics are kept. 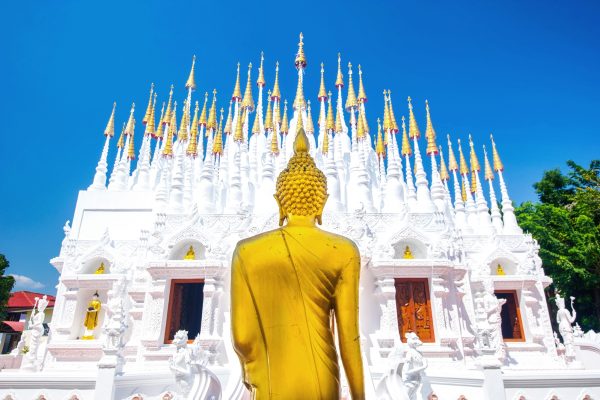