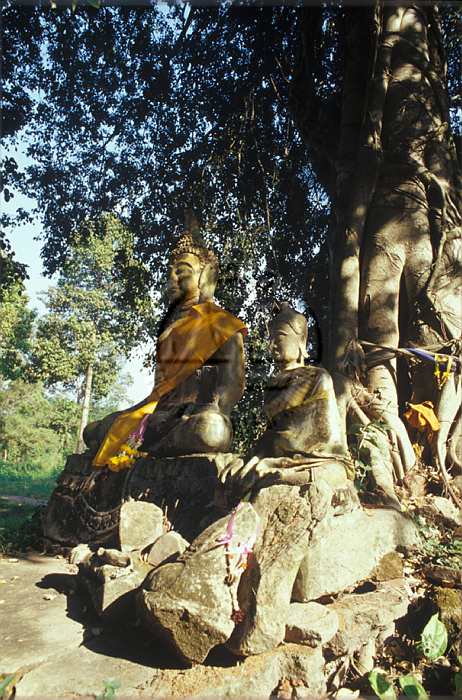 Phichit Historical Park is 7 kilometers away from the town. The area is believed to be the ancient Phichit city in the old times, built in the reign of King “Kotara Bong” around 1058. Within city wall, the park covers the area of 400 rai. The ancient city is composed of the city wall, ditch, and old chedis, etc. There is ‘Kanchana Kumarn’ arboretum created by Royal Forest Department of Thailand in 1977 as well, making Phichit historical park a shady area and a relaxation space for visitors. Moreover, the site also has other interesting attraction which is Shrine of the City Pillar, built in 1977. The hall has two storeys, the upper floor is where the shrine is situated; whereas the ground floor enshrined the statue of “Phraya Kotara Bong” known by local people as “Pho Pu”.Wat Mahathat is a brick historic site, located in the middle in the old city, in the east of the old Nan river. Fine Arts Department registered this temple as a national historical site in 1935. Wat Mahathat has “Phra That Chedi” (a Chedi housing Buddha’s relics)in Lanka style. Inside has plenty of amulets which had been stealthy stolen. In front of the chedi stands a nine-room vihara. The back is Phra Ubosot with 2 layers of sema stones. Its pediment is covered with banyan root. The tree collapsed, so did the roof of the ubosot. Now only the high brick pedestals are left. The Fine Arts Department has renovated and dug this part in 1991. Around vihara area, 2 periods of construction were found; one is from Sukhothai period, the other is from Ayutthaya. Surrounding the area are small stupas, and large walls.Chalawan cave, (Chalawan is the name of the crocodile in Thai literature “Krai Thong”, literary work by King Rama II), was a deep hole into the ground. The legend has it that 65 years ago, a monk from Nakorn Chum holding a lit candles walked into the cave. No matter how far he walked, he couldn’t reach the cave bottom. So he never knew how elaborately beautiful Chalawan cave was. Nowadays, the landslide occurred until the area has been shallow. The provincial officials had built a statue of Chalawan and Kraithong at the front of the cave.Koh Si Mala island is a mould like a small island, located in the middle of the ditch outside the old city wall. It is surrounded by a shoal canal. It is assumed to be either the ancient fort, or the monitoring tower, since it is situated outside the city, and located in the middle of the ditch.TransportationTo travel to Phichit Historical Park by personal vehicles, take Route: Phichit-Sam Ngam-Wang Jik. Drive along Highway no.115 and 1068. Phichit Historical Park is located at 6 kilometer stone. 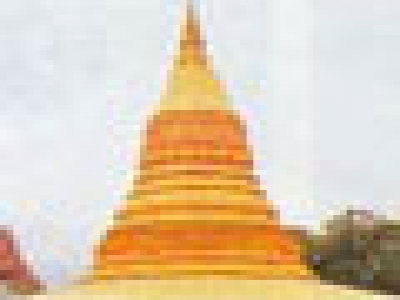 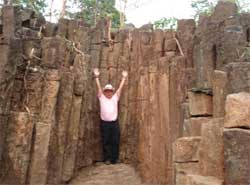