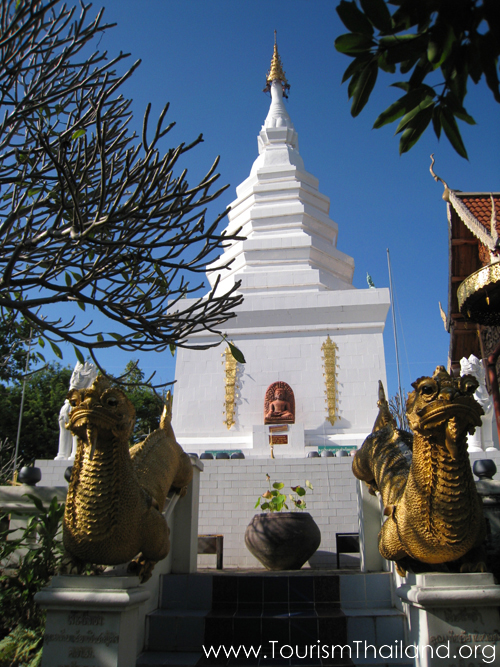 Phra That Doi Hang BatLocated on a hill, about two kilometres from the village of Ban Sai Tai in Huai Yap Subdistrict, Ban Thi District, Lamphun, Phra That Doi Hang Bat is an ancient structure in Wat Phra That Doi Hang Bat. It is a square shaped white stupa with a white spire crowned by golden chatra. The fouder and the construction date remain unknown. Legend has it that the Buddha, during his lifetime, paid a visit to the hill where the temple would later be founded and prepared his almsbowl for a daily almsround. In the local dialect, the act of preparing an almsbowl is called “Hang Bat”. There is also evidence which is believed to be the Buddha’s trace found on shale in the temple.If you have a chance to visit Ban Thi, which is a small district in the northern part of Lamphun Province, don’t forget to pay respect to the beautiful stupa at the temple of Wat Phra That Doi Hang Bat. Here, aside from the stupa, there are a number of Buddha images and animal sculptures hosted in harmony with the calm and relaxing atmosphere of the shady temple grounds. In addition, from the temple you can overlook breathtaking endless plains and jungles.How to get here: From the Ban Thi District Office, drive about nine kilometres along an asphalt road, heading towards the northeast. Before reaching Ban Sai Tai, you will see the temple’s entrance gate on your right side.Opening hours: 8:00-16:30 dailyAdmission fee: free of chargeContact information: 0-5398-4705 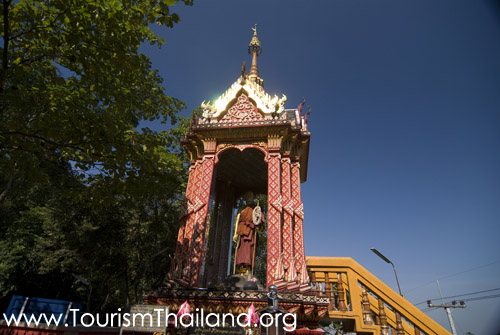 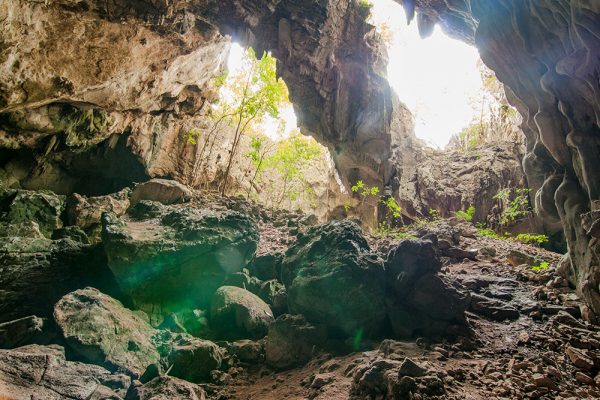