Phraya Chaiboon MonumentPhraya Chaiboon Monument or The Undefeated Hero Monument is located 4 kilometers from the city hall of Prae province on highway number 101. This monument was built for Mr.Thongyuu Suwanbat or Phraya Chaiboon, the governor of Muang Prae, served as a government official during 1897-1902. In year 1902, the Shan tribe evacuated to hide in Prae and wanted to make a rebellion. They seized the police stations and post office in order to cut off the communication. Phraya Chaiboon escaped with his family. However, a spy gave out the information of him. He was seized and forced to sign the contract to offer the Prae city to the Shan. From his love to the city, he did not yield resulting the Shan to execute him. When the Bangkok city knew about this story, King Rama V ordered to send an army to conquer the Shan. Then, he ordered to build a monument for Phraya Chaiboon at the location where he was executed. The monument was a memory of his virtue for the city and Phraya Chaiboon was promoted to Phraya Ratcharittanon Paholpolpakdee.The Phraya Chaiboon Monument is a reminder for the Prae people to love their city. This monument has been a big pride for Prae province. Every year there are flowers to worship his spirit. Those who have a chance to travel to Prae province must also take a chance to worship this monument. 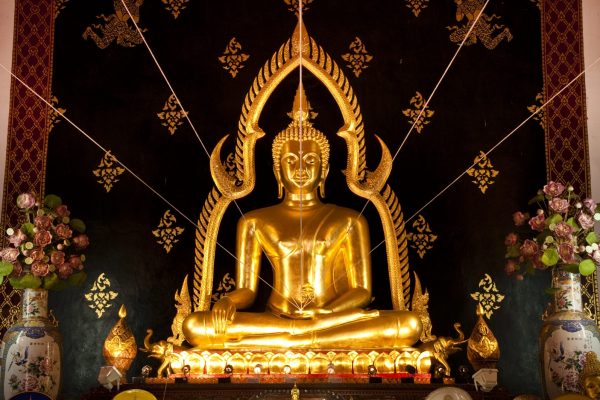