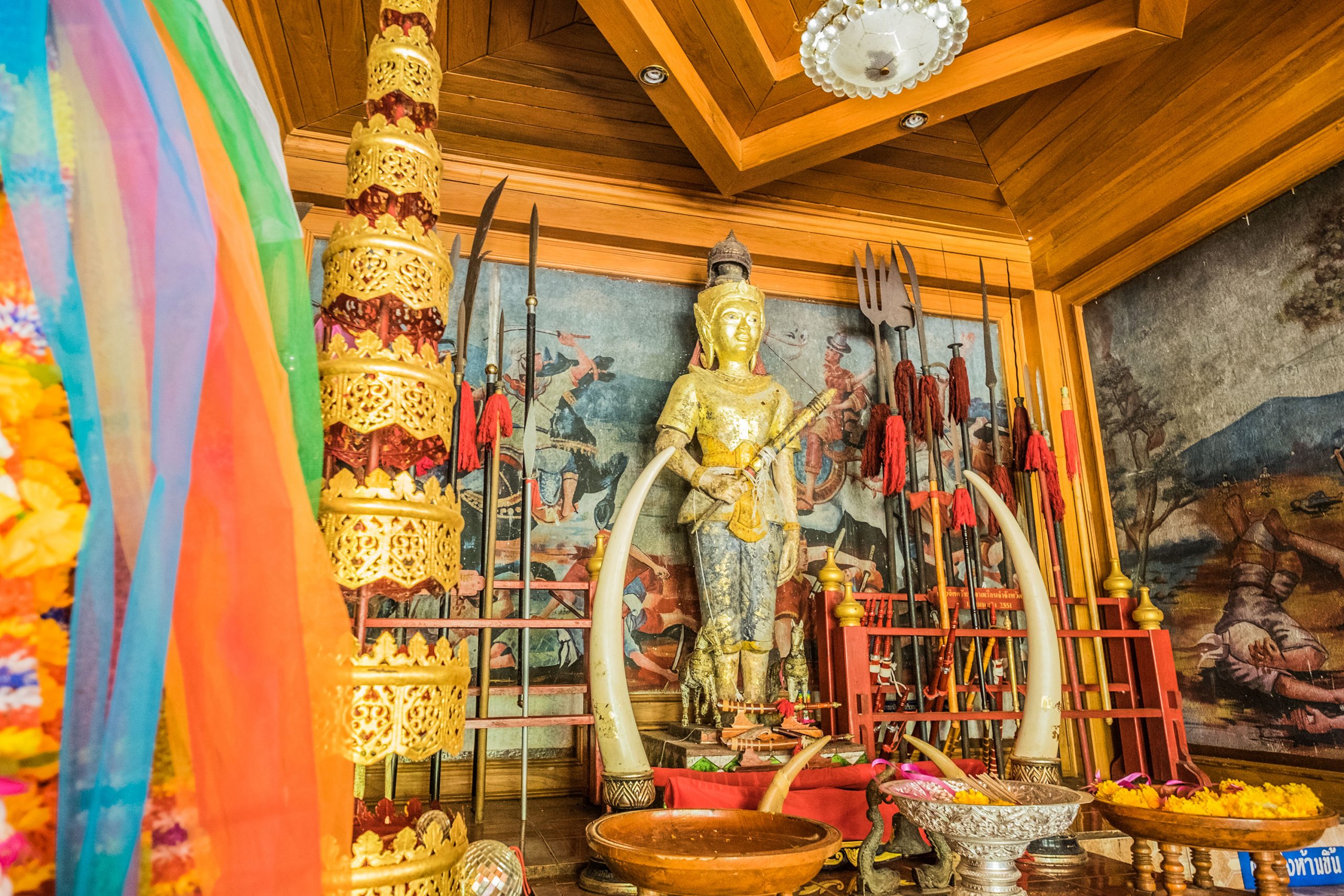 PratooPah’s shrineIt has been long told from generations to generations of the valiant deeds and holiness of a Lampang’s warrior that he drove off the Burmese with courage. Moreover, the history of Pre-historic humans was found here. This land is considered as Holy Forest and Miraculous Doi. The high mountains bordering AmphoeMuang and AmphoeNgaow in Lampang lie like huge walls concealing secrets for hundred years. The holiness is prevailing as a land in which a valiant deed of PohPratooPah or PhayaMuelek once occurred. He is a great warrior of Kelang Nakorn, who drove off the Burmese, then-rivals of Thailand. According to the legend, during 1708-1732, a man from Ta Village, a small community situated near PratooPah, learnt some incantations from the abbess of Wat Na Yang. He was so great that his arts can be used as a shield; hence, all the villagers called him Nan KorMueLek. Later, he became one of the most important soldiers in the ruler of Kelang Nakorn, Tao Lin Ka’s army.In Late Ayuddhaya, Lanna and Kelang Nakorn were attacked by a Burmese army. As Tao Lin Ka’s army was not powerful, the army escaped from the battlefield to DoiPatooPah. He assigned his four nobles SaenThep, SaenNungsue, SaenBoonruen and CharaeNoi to supervise the city. However, these bobles didn’t take good care of the city; instead, they fought against one another. Accordingly, the chancellor of the temple conscribed the villagers to fight against the Burmese army. But his attempt was failed and the Burmese army killed all the nobles except for CharaeNoi who managed to escape and reinforce the Tao Lin Ka’s army at DoiPratooPah. The Burmese army could catch up with him so PhayaMueLek made CharaeNoi hide Tao Lin Ka in the cave. He held the sword firmly with two hands and fight against the army alone. However, he was so exhausted that he leant himself against the cliff and died in the end.His act of valor contributes to the establishment of the shrine in honor of his good deeds. He has been a hero and highly revered by people in Lampang. 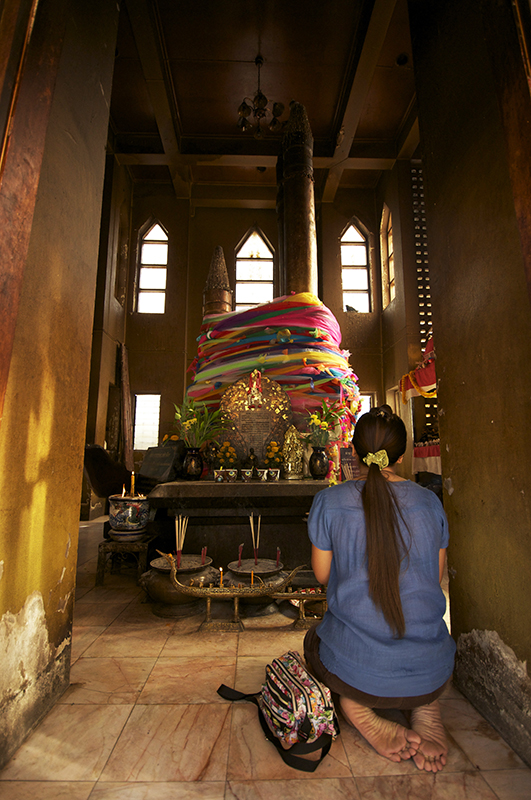