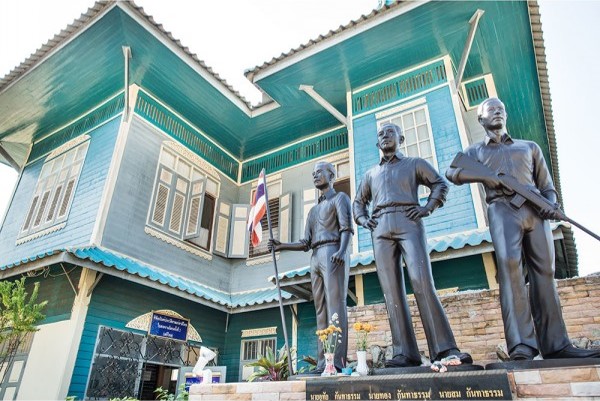 The Free Thai Movement museum is located at the back of the Paradorn hotel at Yantarkitkosol Road, Muang District, Phrae Province. It was established in 2550 B.E. by Mr.Phuchong Kantatham, a son of Mr.Thong Kantatham who was a former leader from Phrae of Free Thai Movement, for showing respect to his forefathers who were the braves of Phrae Province, and for presenting the important history of the Phrae people as a learning center about the great dedication for the nation, unity and cooperation of Thai people for the nation. The center of the Free Thai Movement in the North region of Thailand was at Phrae Province having Mr.Preedee Panomyong and Mr.Thong Kantatham as the important leaders for the first operation in September, 2487 B.E. called Operation Hotfoot. In this operation, First Lieutenant Boonmak Tessabutra and Second Lieutenant Vimol Viriyawittaya performed the mission by parachuting into Phrae Province along with outfit. Its commanding center was located at Nong Muangkai Village supported air mission to parachuting for other 3 times which were happened when the Siren Center had founded at Bangkok, and they were made an agreement from both air and ground defense. The mission of 3 parachuting was called Operation Numeral which deployed weapons, supply and medicine for supporting operation as well as taking foreign trainers and Thai people to Phrae Province. The mission of the leader of the Free Thai Movement in Phrae Province was to find the location of Japanese soldier, reporting news about stoking American weapons and the chorayuth fighting. The mission consisted of about 500 soldiers. The Free Thai Movement originated during the Greater East Asia War since the army of Japan was stronger than that of Thailand, they came to occupy Thailand and the most areas of South East Asia region within a short time, leading the Thai government to inevitably cooperate with Japan. So on the 21st December, 2484 B.E., Thailand and Japan signed on the agreement to be alliance with each other, then Thailand declared the war against Britain and the United States. People both in Thailand and in international who have a conscious for the nation gathered power together and built the Free Thai Movement by believing that as the war took for a long time, the strength of the Alliance army would strengthen and be able to gain victory so Thailand might have to be the loser of the war. The Free Thai Movement had communicated to collaborate with the alliance army for every aspect. During three and a half years of the World War II, the Free Thai Movement prudently collaborate in the mission including military, diplomatic and political aspects. The movement impressed the Alliance by its sincerity, when Japan surrendered unconditionally on 15th August, 2488 B.E. The Alliance announced to the regent of King Rama VIII, who was the leader of the Free Thai Movement, that Thailand was not considered as the loser so it would not be occupied and allowed the international relationship between Thailand and other revive to the former condition before the war. On 8th December, 2484 B.E. Mr. Preedee Panomyong announced that the day of August, 16th was the memorial for bravery to save the nation done by the Free Thai Movement. The museum open for government officers, people, students and college students to visit every day for free. If you come with groups, you can contact in advanced so the museum would provide guilds to give you information. Inside the museum are pictures, information about the Free Thai Movement which are exhibited together with the history for visitors to learn. Moreover, there are souvenir sold including clothes, coffee cups, key rings for those who are interested. 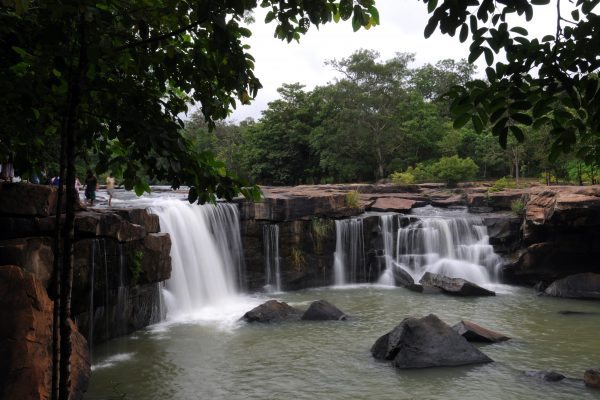