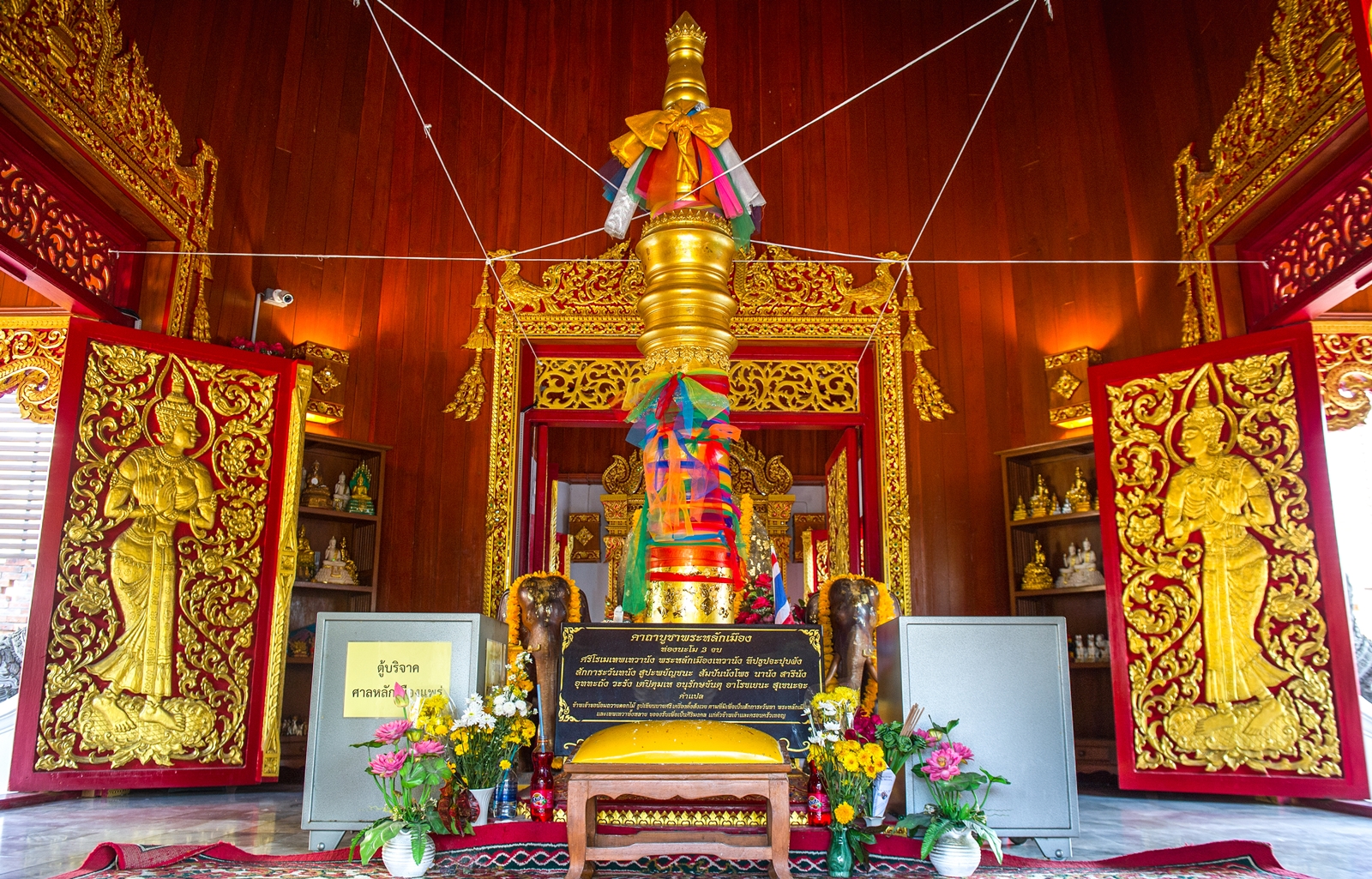 The Prae City Pillar The Prae City Pillar is located in the heart of Prae province or Muang Pae locally. It is located on a road called Koom Derm with one side next to Nareerat School near the City Hall. It is a new city pillar built according to the policy of the Ministry of Interior. This area was once called “Sadue Muang” (The Navel of the City). It used to be a shady area filled with trees where a small shrine was located. The villagers called this shrine “Toob Phee”. Then, the trees were all cut and the Stone Inscription from Wat Rang Sriboonrerng was brought here. This stone inscription was inscribed in the Ahom language. It tells a story of Wat Rang Sriboonrerng’s foundation during the kingdom of King Ramkamhaeng. This stone inscription was held as the City Pillar of Phrae province since then. After that, there was an idea of building the City Pillar as a brick work building. In year 1992, the Ministry of Interior ordered every province to build their own city pillars including renovate the old ones. Prae province decorated the city pillar with the provincial tree and also rebuilt the building into a pavilion style. On 3rd March 1993, the new city pillar was built in the Lanna style and covered with gold including a big wooden pillar inside the plaster wall. The old stone inscription is still at the back of the new one. Those who have a chance to travel to Prae province should not miss the city pillar. Let the City Pillar be the starter of your trip for auspiciousness. 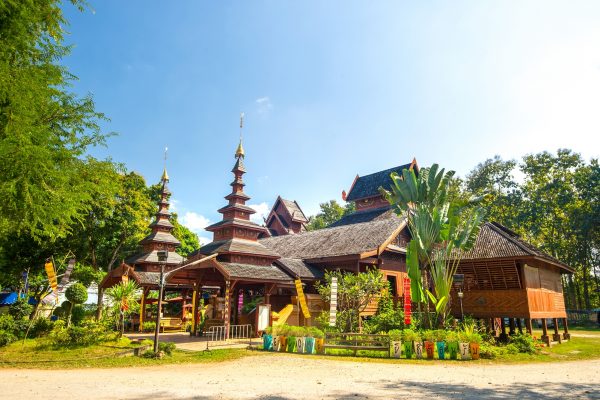