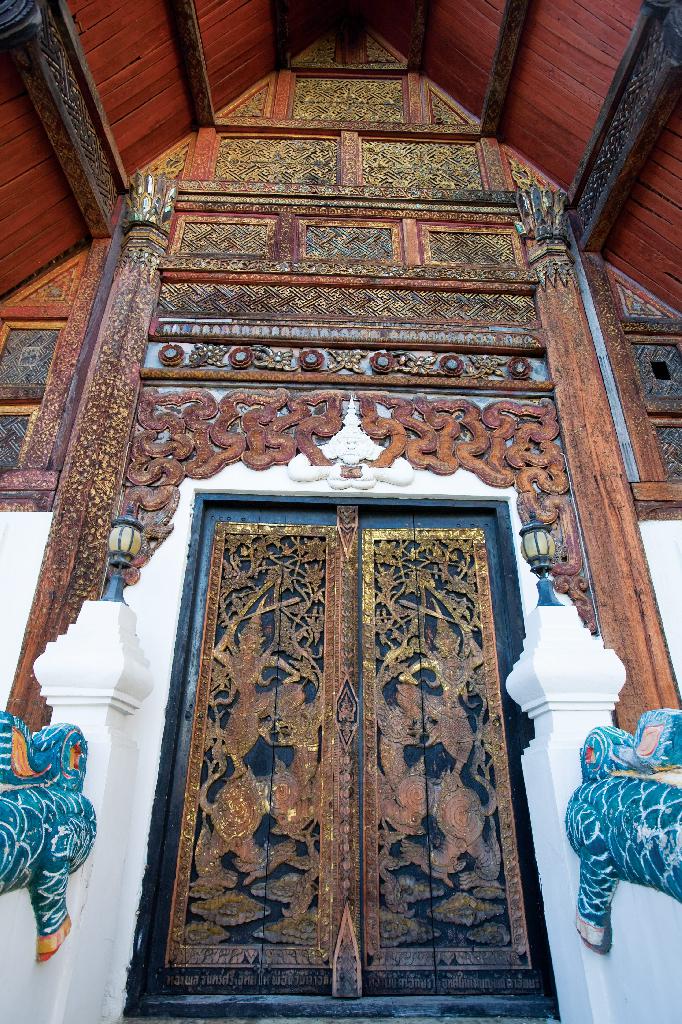 Wat Pratu Pong Wat Pratu Pong is a small temple located in Wiang Nuea Village, Muang District, Lampang Province. The vihan of the temple is a traditional Lanna architecture, which is a must-see for those who are fond of temple art. Interesting Features The Vihan is Lanna-style building, which is now a rare sight. Its platform is slightly raised from the ground. The stairs towards the entrance is decorated with statues of dragon eating Naga. A Singha statue is placed at each corner in front of the building. The roof is arranged in tiers, with three layers at the front and two at the back. Each layer is decorated with chor-fa and bairaka in the shape of Naga descending from the top of the roof. There are small spires sticking out along the ridgepole to prevent birds from nesting or pooping, which may cause damages to the roof. The gable (Na Bun) of the vihan, called Na Nab by northern people, is another notable attraction of the temple. Its feature is similar to the Na Phrom gable in the central region. The gable is decorated with auspicious Chinese patterns. Northern artisans called this gable style Ma (horse) Tang Mai due to its structure that looks like luggage on horseback that piles up in pyramid shape. The part below the gable or above the entrance of the vihan is beautifully carved into the pattern of giant eating naga. Inside the building, visitors can observe the ceiling structure which, unlike other vihans in the central region, is left open, making the hall light and airy all day long. The wooden dwelling is where the upside-down shadow of Phra That can be seen. The shadow is a strange feature occurring at several temples in Lampang Province, each of which has a spot for observing this remarkable phenomenon. To get to Wat Pratu Pong by car, from the centre of Lampang, cross Ratsada Phisek Bridge. Turn right at the junction near Ratsada Phisek Market. Drive straight for a short while. The temple is on the left. 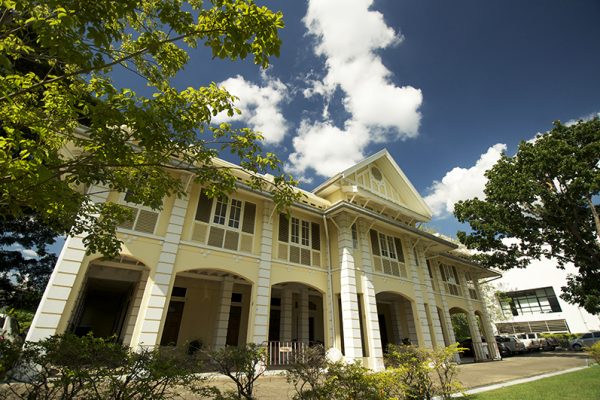 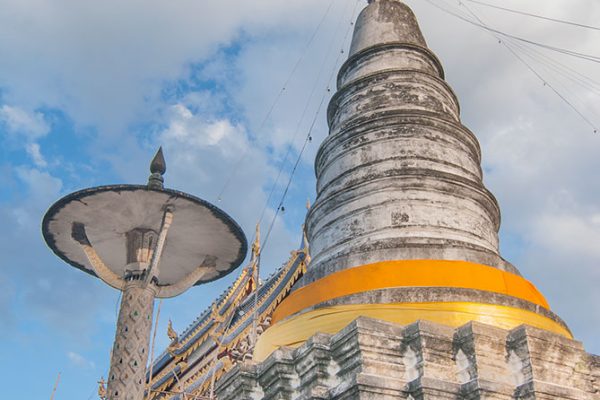