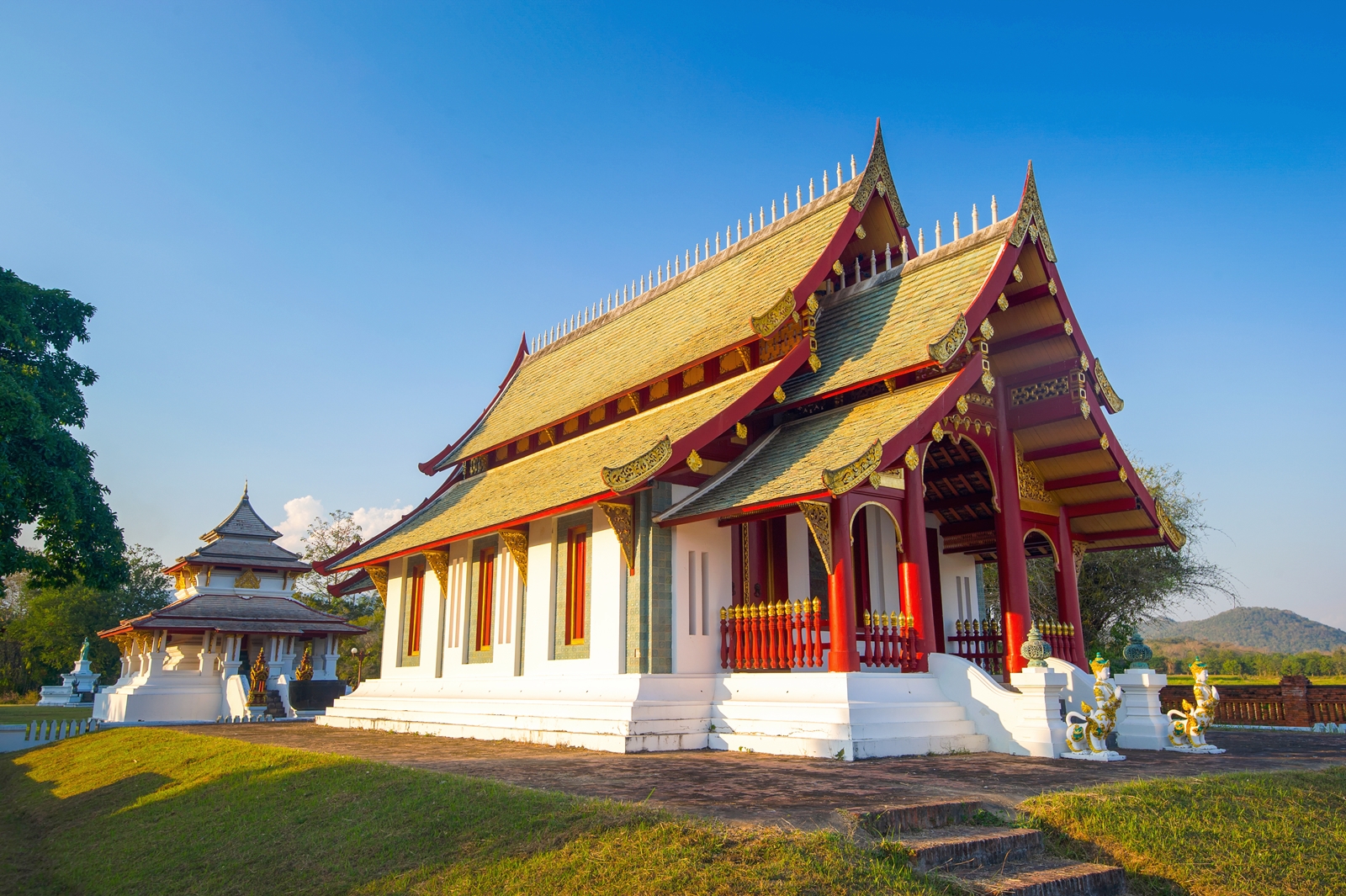 Far outside to the West of Phrae lies Wat Salaeng. A long drive offers great views over the country, the rice fields and the mountains. There is parts of the temple that look like a park with fountains and Buddha images and there is an area with old structures, ruins and an old wooden Ubosot with several Buddha images, which is overgrown by trees. Wat Salaeng is located in Amphoe Long, Phrae and around 45 kilometers far from the center of Phrae. It consists of ancient architecture and sacred objects gathered from many eras in the past. The word “Salaeng” is a name of white wild flower whose leaves are similar to old javelin. It is said that Buddha came here and villagers fed him. Then, Princess Kam Phoon and Princess Kam Phoei gave him Salaeng flowers.The temple area can be divided into two parts: the old and the new one. The architecture of Ubosot and Viharn is applied Lanna. There are many sacred objects, so Wat Salaeng Museum was established. This museum has many antiques from Dvaravati to the late Ayudhaya era. 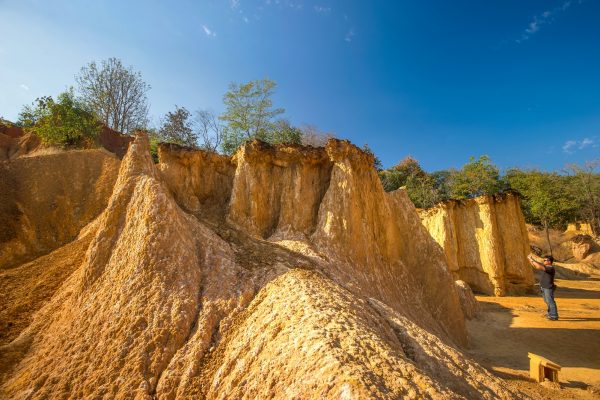 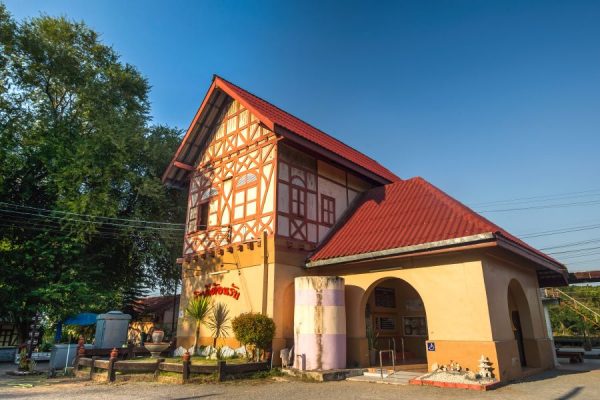