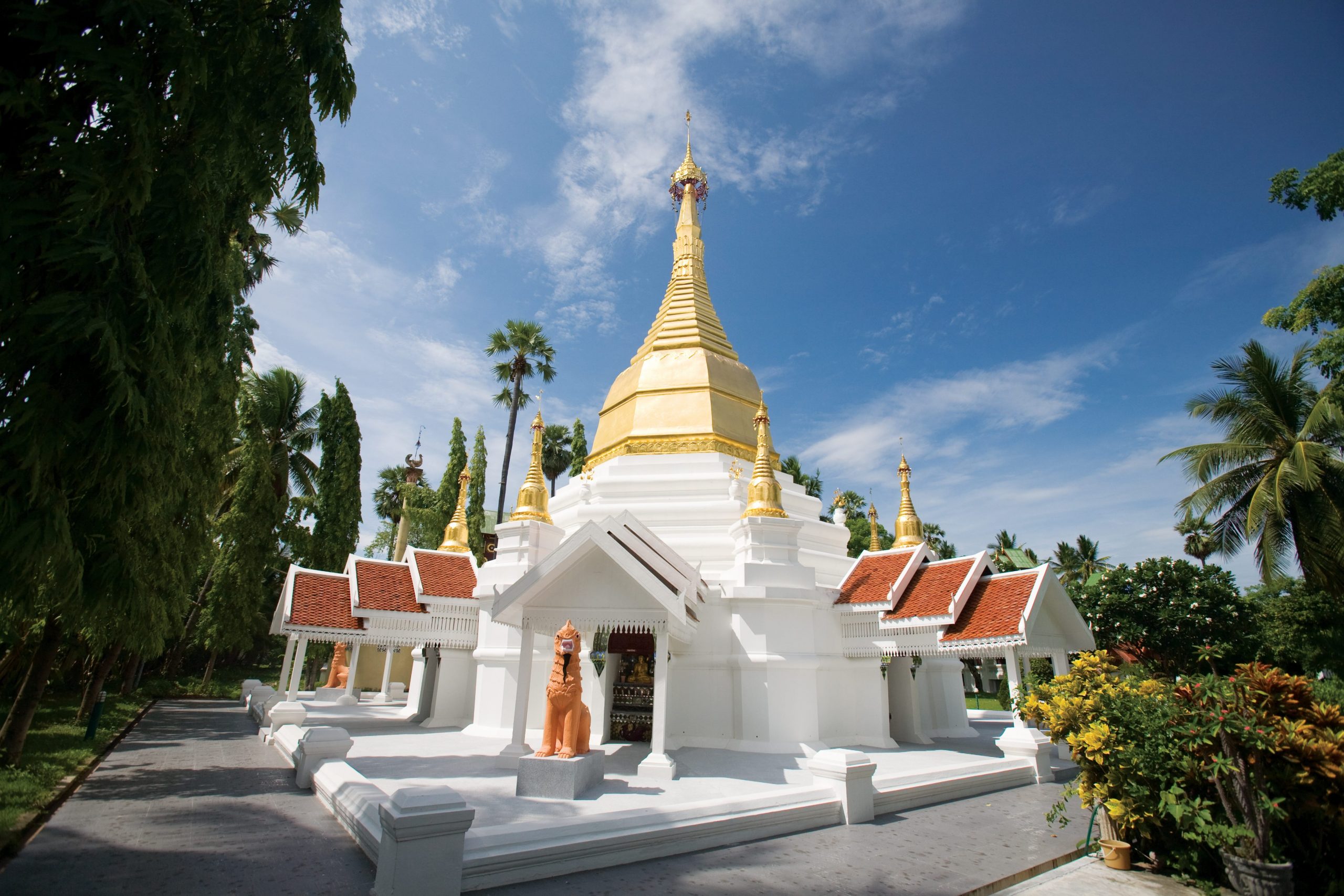 Wat Satsana Chotikaram Wat Satsana Chotikaram, also known as Wat Pa Fang, is located at No. 69 on Sanambin Road, Hua Wiang Sub District, Muang Lampang District, Lampang Province. The temple covers an area of 11.84 square kilometres. It was built during the reign of King Rama V by Phor Thao Ausuay-at and Mae Thao Khamwan Suwanna-at in 1892, when the couple came to Lampang to make a living from forestry. With strong faith and desire for prosperity within Buddhism, they invited monks to stay at the temple and continuously provided supports to the Buddhist religion. In 1956, Mong Ti and the temple officials were sent to ask for an area of the temple’s ubosot from Chao Luang Boonwat Wongmanit, the governor of Nakhon Lampang, who then submitted the letter of information the King of Siam. Important ancient remains at Wat Satsana Chotikaram 1. The Chedi houses parts of Buddha’s relics which were brought from Burma in 1906. Covered with lacquer and gold leaf, it can be seen from afar. Its base has a shape of an octagon which is surrounded by another octagon. In the middle of the octagonal architecture, a marble image of Buddha is situated. This signifies the eight directions or the Noble Eightfold Path. The chedi’ perimeter and height measure an equal length of 45 metres. 2. The Teak Vihan is a two-storey, cement-wooden building. The upstairs houses an ancient Buddha image in Burmese style. Sitting on a plaster base, the image has a remarkable aspect. The arch behind the Buddha image, the ceiling, friezes on pillars and pillars are neatly decorated with beautiful multi-colour glass. Wood carving patterns were well-covered with lacquer and gold leaf. 3. The Ubosot was built in 1956. It is a brick-and-clay building where the temple’s main Buddha image is located. The image wears a cloth with pattana pattern. Its plaster base is decorated with stucco made into scenes from Jakata. Covering with lacquer and gold leaf, the ceiling is divided into 12 panels, each of which is decorated with patterns of stucco, where peacocks and angels appear in all blocks, and coloured glass. The wooden roofing is made in descending order. The outer arches of doors and windows are ordained with floral and angel stucco. The gable and front pillars and ceiling are attentively decorated with coloured glass and floral stucco in all details. 4. Sao Hong is a symbol of Mon temple which belongs to Mon people who arrived from Bago. Wat Satsana Chotikaram or Wat Pa Fang is an ancient temple of over one hundred years old. It is a sacred, valuable ancient remain and a beautiful temple in Lampang Province. 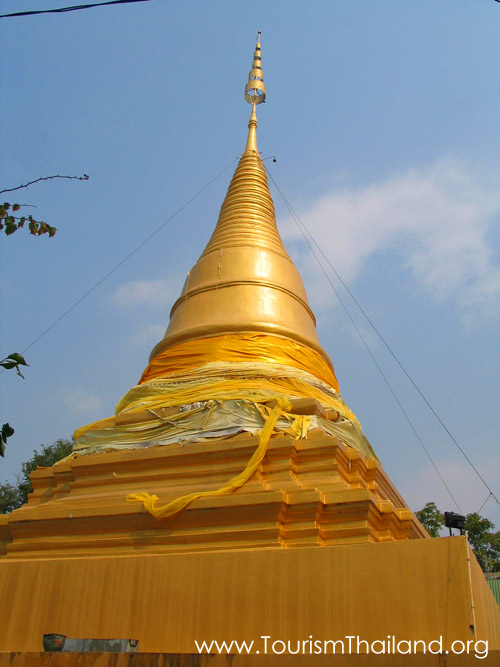