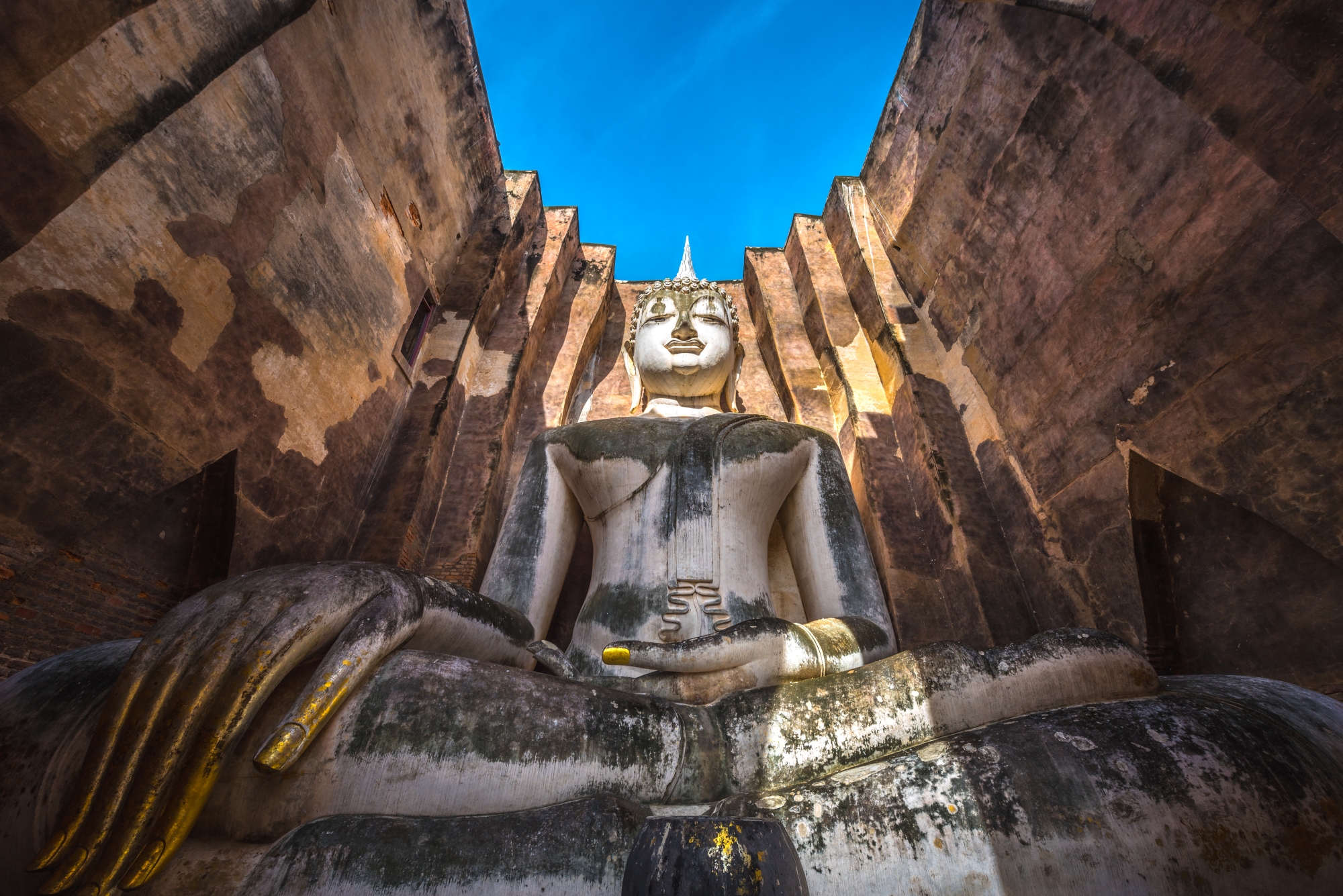 Situated 800 metres west of Wat Phra Phai Luang is Wat Si Chum. A wihan in the form of a square mondop, which is the main sanctuary, houses a large monumental stucco Buddha image in the attitude of subduing Mara called “Phra Atchana”, which is 11.3 metres in width. “Achana” means a person who is not anxious but strong. The roof has already disintegrated, exposing just 4 walls of stuccoed bricks. There is a narrow passageway in the south wall with steps leading up to the side of the Buddha image and onto the top part of the wall. On the wall of the passageway features 700-year-old fainted paintings while on the ceiling are more than 50 engraved slate slabs illustrating Jataka scenes. A spectacular panoramic view of the Sukhothai Ancient City is visible on the rooftop accessible by the passageway.
To boost morale of the ancient soldiers was the main reason for such mystery in Wat Si Chum. The kings of the Phra Ruang Dynasty were famous for that. One could go through the hidden passageway and address the people through a hole, making them believe the voice they were hearing was actually the Buddha’s. There are no windows here. It is believed that a vaulted roof probably covered the wihan. 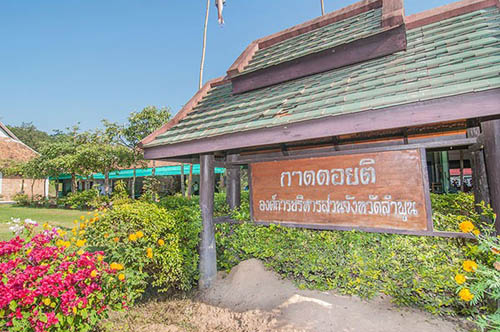 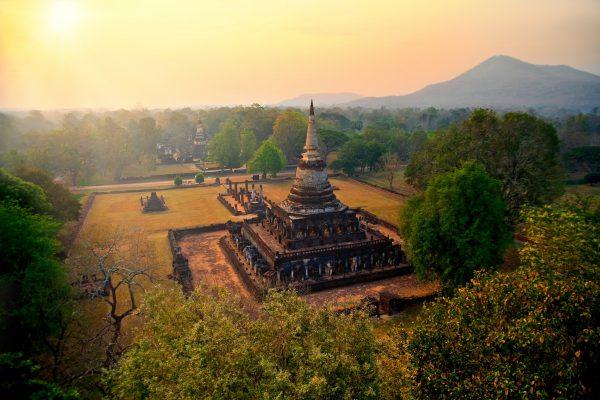