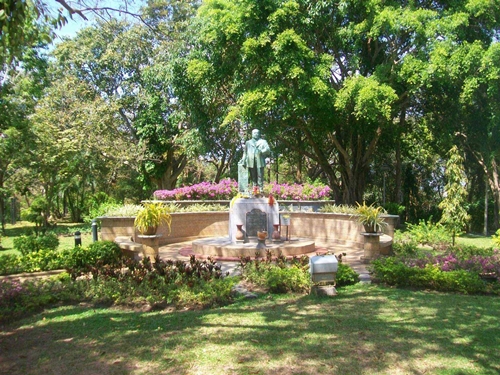 Phraya Ratsadanupradit (Khaw Sim Bee na Ranong) Monument is situated in Khao Rang Park, Mueang District, Phuket Province. Located in the center of Phuket, Khao Rang Hill is Phuket’s recreational place with spectacular viewpoint. There is also Phraya Ratsadanupradit Monument in Trang Municipal, around 1 kilometer from the center. The monument is built to commemorate Phraya Ratsadanupradit Mahison Phakdi (his former name was Khaw Sim Bee na Ranong, 1857-1913), a venerable person who created a number of economic and social advantages to Phuket. He was the youngest son of Nang Kim and Phraya Damrong Sujarit Mahisorn Phakdi (Khaw Su Chiang na Ranong), a Hokkien Chinese who immigrated to Thailand in the reign of King Rama III. When Phraya Ratsadanupradit (Khaw Sim Bee na Ranong) was assigned to be governor of Trang, he made a lot of progress to the province until it became an abundant agricultural city. The villagers were encouraged to cultivate coffee and rubber trees. This was the start of the rubber trees import to the South of Thailand. The rubber trees, later, were Thailand’s major economic crops which caused a lot of profits to the country. Phraya Ratsadanupradit also constructed new roads in the province. After that, when he was promoted to the intendant of Phuket, responsible for Southern provinces including Phuket, Trang, Krabi, Phang Nga, Tagua Pa, Ranong, and Satun. He was offered a position as a minister of Kasettrathikarn Ministry and a commissioner in the reign of King Rama VI; however, he did not accept them and remained the intendant of Phuket. King Rama VI, therefore, gave Phraya Ratsadanupradit a Knight Grand Cross (First Class) of the Most Exalted Order of the White Elephant and regarded Phraya Ratsadanupradit as his royal friend, who was specially allowed to hang sword while appearing before royalty. 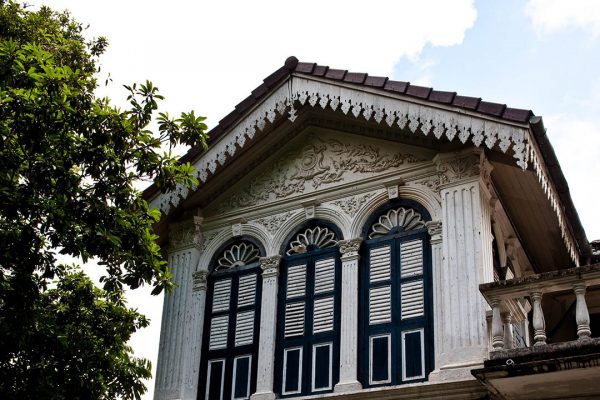 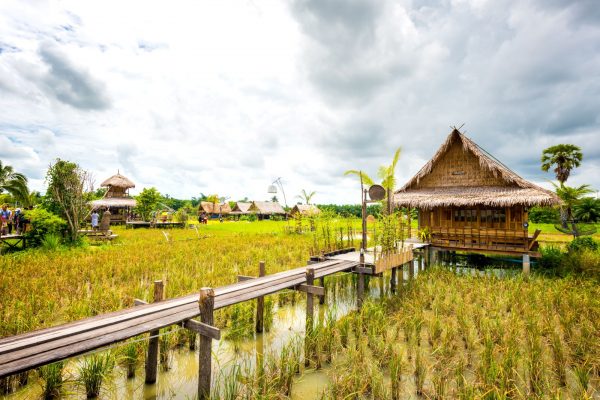