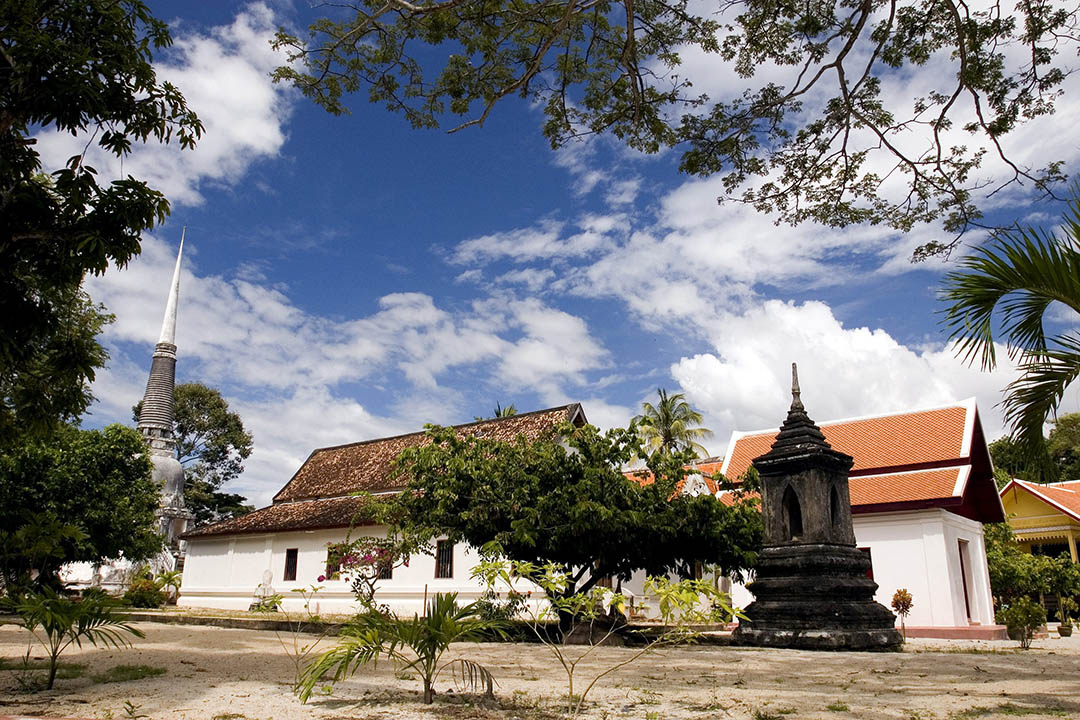 It is an ancient temple that has been associated with the city of Phatthalung since the Srivijaya Period. Legend has it that Nang Phaya Lueat Khao and Phraya Kuman jointly built this temple and its construction was complete in 949. The Lord Buddha’s relics were invited from Sri Lanka to be enshrined in the pagoda of this temple in 950. Furthermore, debris of laterite and a number of ancient Buddha images were discovered in the temple. Thus, it was surmised that the temple might be a former location of the city of Phatthalung. Places of interest in the temple Phra Borommathat Chedi Bang Kaeo is the pagoda where the relics of the Lord Buddha that were invited from Sri Lanka have been enshrined. The octagon-shaped pagoda is made of bricks and 22 metres high. It is in the same status as Phra Borommathat Chedi, Nakhon Si Thammarat, and Phra Borommathat Chaiya, Surat Thani. There is a sacred well that has been with the pagoda. It has been told that the water from this well was the holy water used in the oath-taking ceremony in ancient times. Important ancient objects: Shiva lingam and Yoni base, are important pieces of evidence that indicate the adoption of Indian civilisation since the Proto-historical Era. Wat Khian Bang Kaeo Museum is a building that collects and displays Buddha images as well as miscellaneous belongings. Visitors are required to contact the temple abbot for the key to enter the museum. 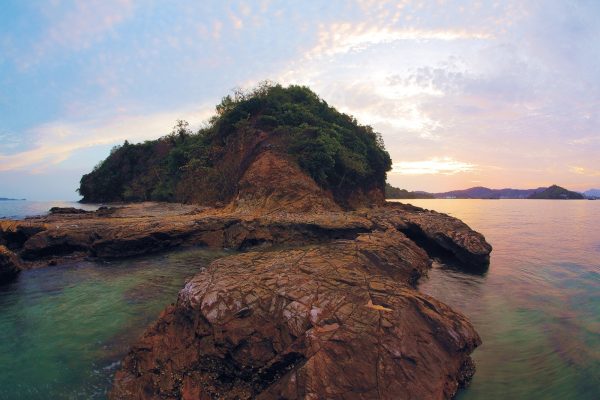 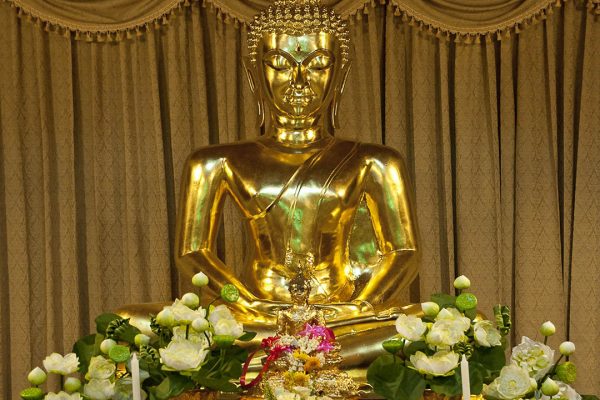