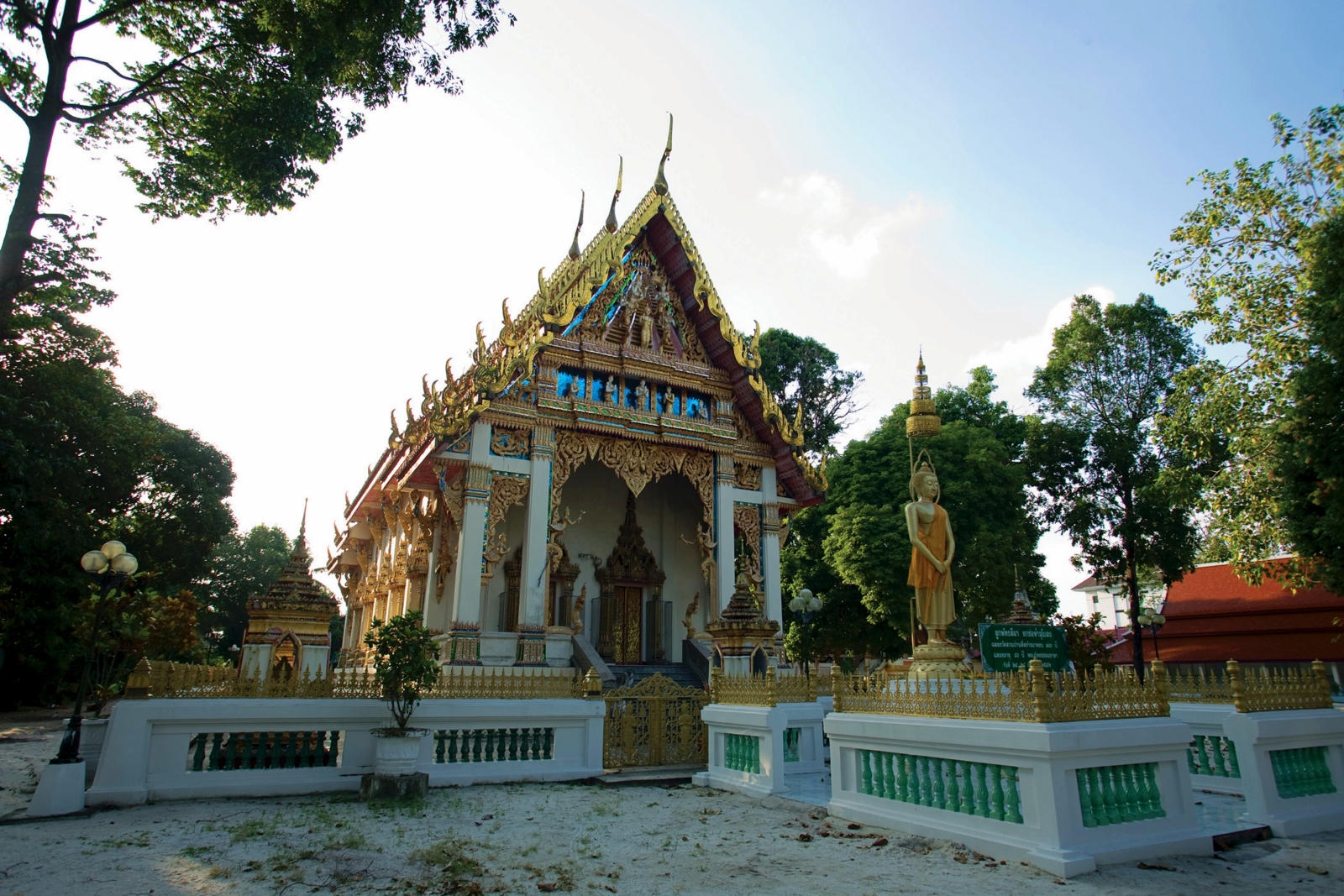 Wat Suan Pan Wat Suan Pan is located near the clock tower t-junction. The temple’s ubosot has beautiful mural which was the work of Ajarn Nab Thichinpong, one of the outstanding artists in Nakhon Si Thammarat Province. Wat Suan Pan is situated in Nai Muang Sub District, Muang District, Nakhon Si Thammarat Province. The temple belongs to Dhammyuttika sect. It was built in 1899 and received the royal recognition in September 1982. Earlier, Wat Suan Pan was an important temple in Phra Sueamuang Sub District. Later on, it was reunited with Nai Muang Sub District in the City Municipality area of Nakhon Si Thammarat. The temple’s former site was part of the palace of the king or the governor Nakhon Si Thammarat. The site was once a high hill called “Kramom Khok,” which was a small, natural mountain. Over nine hundred years ago, the king who established the new city had the hill leveled where the palace was built. Part of the area was left unleveled to serve as a menagerie of royal elephants. There were altogether three menageries which covered an area of around eight hectares. In the past, it was believed that no one should live on elephant dwelling, where the animals lived and died, or they will either die or faces trouble. For this reason, no layman or royalty wanted to live in the area. Suan Pan Hill was left unoccupied for a long time until the reign of King Rama V. Than Chao Khun Phra Rattanathatmuni (Muang Prean) saw that abandoned land near the city hall and the provincial court was not a pleasant sight. As there was no other plan to make use of the land, the monk had a temple established under Dhammyuttika sect and named it “Wat Suan Pan”. After Than Chao Khun Phra Rattanathatmuni passed away in 1934, his followers had a minimized Lanka-style chedi built to gratefully commemorate their instructor. The chedi can still be seen at the temple at present. Wat Suan Pan is not only a Buddhism study center, but also has other two important buildings: the sermon hall and the ubosot. The sermon hall is located north of the temple. It has a beautiful Thai Buddhist exterior design. Inside, it houses the temple’s sacred and respected image of Buddha named “Phra Mhid”. The image is a bronze statue in standing position. Covered with layers after layers of gold leaf attached by hand, Phra Mhid represents the power of faith of Buddhists in the temple’s Buddha image. The ubosot is located south of the temple. The religious building is stunning. Inside, there is the mural which was a distinctive artwork of Nakhon Si Thammarat Province. The mural portrays scenes in the life of Lord Buddha and lifestyles of townspeople, particularly those in the reign of King Rama V. To get to Wat Suan Pan, from Sanam Na Muang Public Park, drive along Rachadamnoen Road. Head past Tha Ma Market and the city hall. Turn left at the clock tower junction into the road to the temple. Wat Suan Pan is open daily from 08.00-16.30. 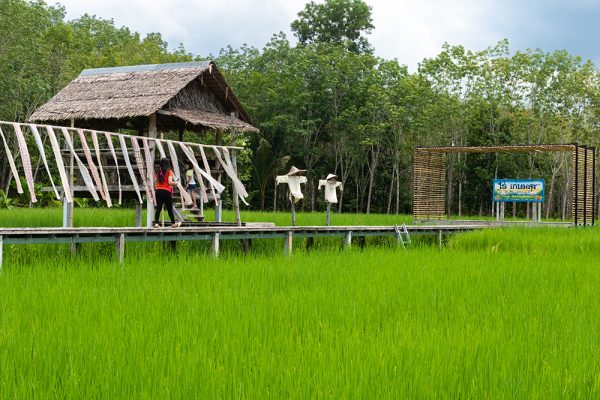 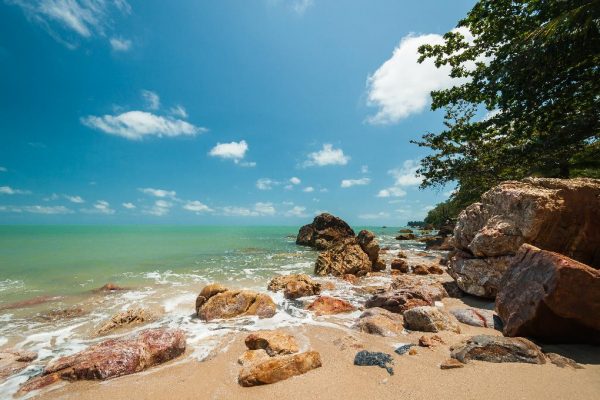