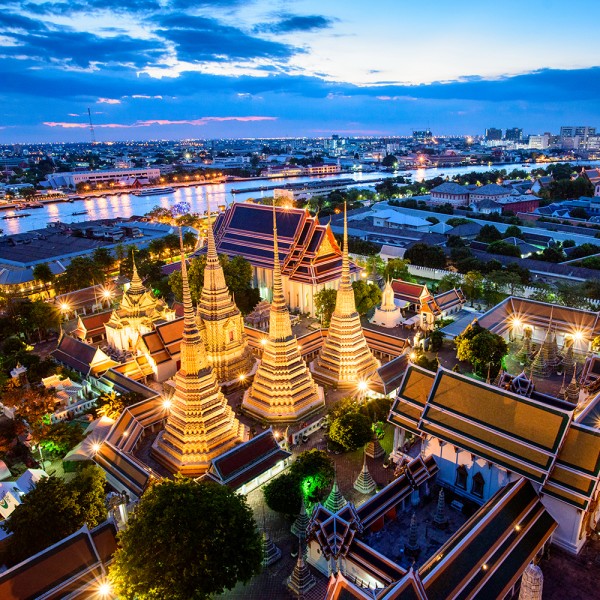 Wat Pho is not only one of the most visited Buddhist temples in Bangkok but it is where history, medical science and educational institute combined. Officially named Wat Prachetuphon Vimon Mangkararam, wat pho was believed to be founded during the 16th century and was later served as The Royal Temple of King Rama I of Chakri Dynasty. Laid inside the main ordination hall is the sacred 46-meter Reclining Buddha whose feet are beautifully inlaid with mother-of-pearl, carved with holy signs. Wat Pho is, among Thais, also known as “the nation’s first public university,” thanks to 1,360 marble inscriptions about medical, historical and liberal sciences places all around the temple where the people can read and learn anytime. Marble inscriptions about medical sciences, anatomy and orthopedics are the origins of Wat Pho Thai traditional massage principles, which has made Wat Pho a world’s famous site. The traditional service, nowadays, is also available at the nearby pavilion. in 2008, Wat Pho was listed UNESCO’s Memory of the World (MOW) as a documentary heritage for Asia and Pacific Region. Getting there: Bus no. 1, 3, 12, 25,44, 47, 53, 60, 82, 91, 501, 508 Admission : 100 baht Contact: Tel : 0 2222 1969 ; Thai Massage School : 0 2221 3686 . 0 2622 3550-3 Website: www.watpho.com 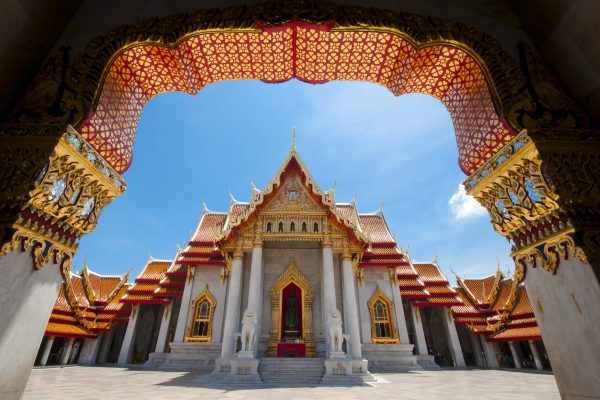 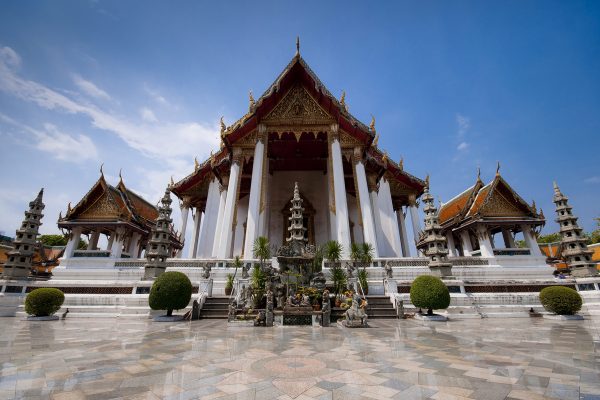