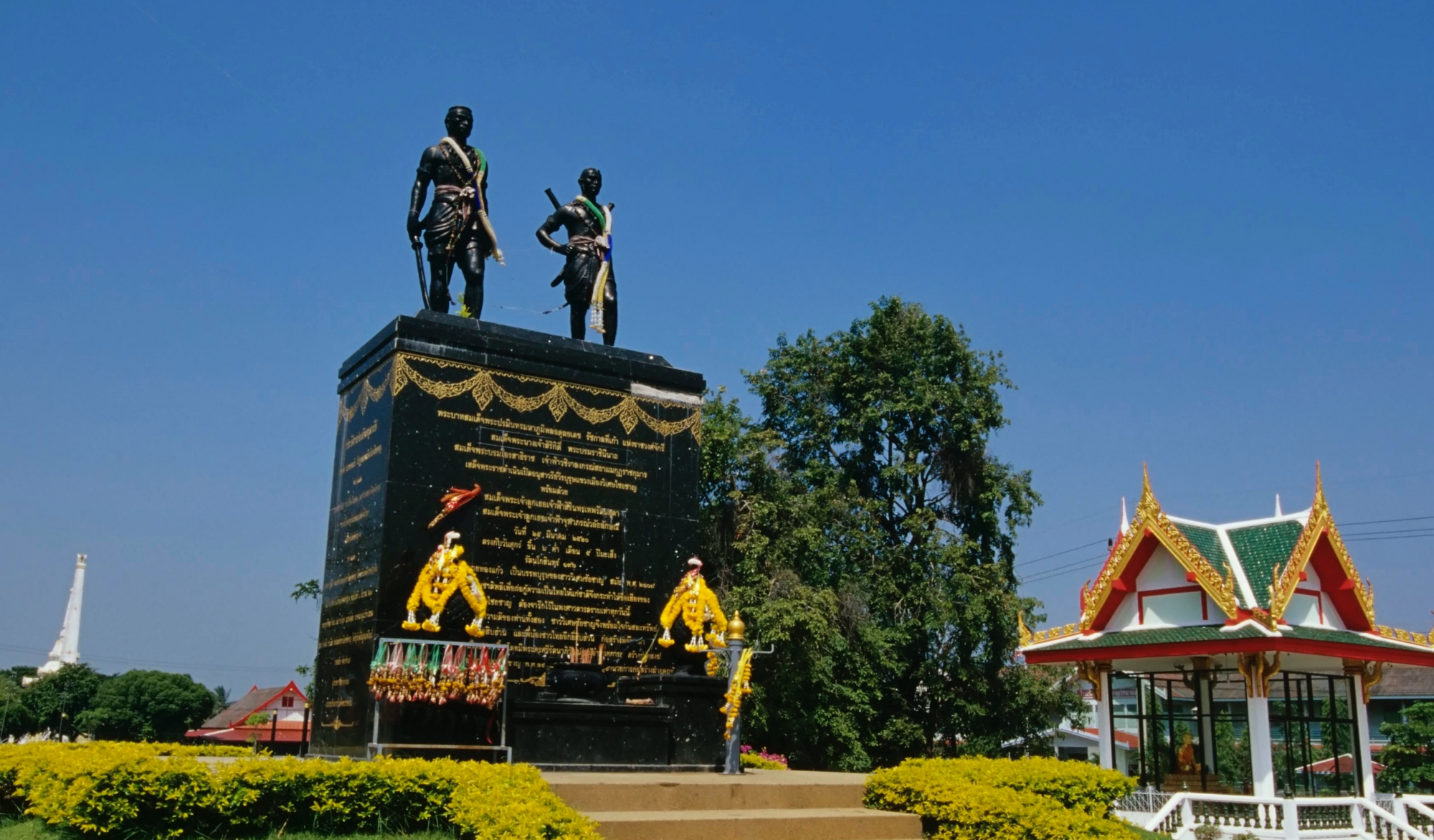 Nai Dok Nai Thong Kaeo Monument is located in front of Wiset Chai Chan Wittayakom School, which is situated next to Wat Wiset Chai Chan, on Soi Pu Dok Pu Thong Kaeo 16, Mu 2, Phai Cham Sin Sub-district, about 1.5 kilometres away from the 26th and the 27th milestones of Ang Thong-Wiset Chai Chan Road. It is a monument that was erected by the people of Wiset Chai Chan together with the residents of Ang Thong to commemorate the greatness of Dok and Thong Kaeo, the heroes of Ban Pho Thale, Wiset Chai Chan. They both bravely sacrificed themselves for protecting the Siamese territory by fighting against the Burmese at Bang Rachan Camp before the city of Ayutthaya was defeated in 1766. According to history, Dok and Thong Kaeo were ones of the eleven Bang Rachan heroes. In the battle of Bang Rachan, Sing Buri people and the residents of other towns who took refuge in Bang Rachan during the Second Burmese-Siamese War fought against the Burmese army so as to protect themselves. Surprisingly, they could resist the attacks from the opponents many times; they, therefore, were considered “better than Ayutthaya’s royal army at that time”. In Thai history, they are well-known for their bravery. In 1764, the Burmese forces under Ne Myo Thihapate invaded the Ayutthaya Kingdom from the north and stopped in Wiset Chai Chan to sack the town. The locals were enraged so that they secretly decided to fight back. Within three months, the people of Wiset Chai Chan, Sing Buri, Sankhaburi and other towns gathered together and they came up with a secret plan to trick the Burmese troops. Among the locals, the main leaders were Thaen, Chote, In and Mueang. Mueang went to see the Burmese soldiers and deceived them by taking them to find things they wanted. Believing the man, they followed him and were attacked by Chote’s group who waited in ambush. Twenty Burmese soldiers were killed and the Siamese groups ran away from the scene to Bang Rachan. At that time, a number of residents from nearby towns and villages took refuge in Bang Rachan as there was plenty of food supply and it was hard for the enemies to invade the town. In addition, many villagers went to see Phra Achan Dhammachote, who has a reputation for being an expert in magic, and asked him to help them with his magic. Later on, Thaen and other main leaders brought another 400 villagers with them to take refuge in Bang Rachan. After that they built two military camps around the village of Bang Rachan in order to defend against the Burmese forces and to gather forces and weapons from the nearby villages. The local forces later got seven new leaders namely Khunsawan, Phanrueang, Thongmen, Chan Nuat Khiao, Thongsaengyai, Dok and Thong Kaeo; hence, they had eleven leaders in total to secretly fight against the Burmese. Since the bravery of the Bang Rachan warriors has long been praised and remembered by all Thai people, the residents of Ang Thong decided to erect a monument together to commemorate Dok and Thong Kaeo near Wat Wiset Chai Chan, Wiset Chai Chan District. It was officially opened on 25 March 1977 by Prince Vajiralongkorn, as the royal representative of His Majesty King Bhumibol. As a consequence, on 25 March of every year, a ceremony will be held by Ang Thong people so as to pay homage to Dok and Thong Kaeo and to recall their greatness and bravery. 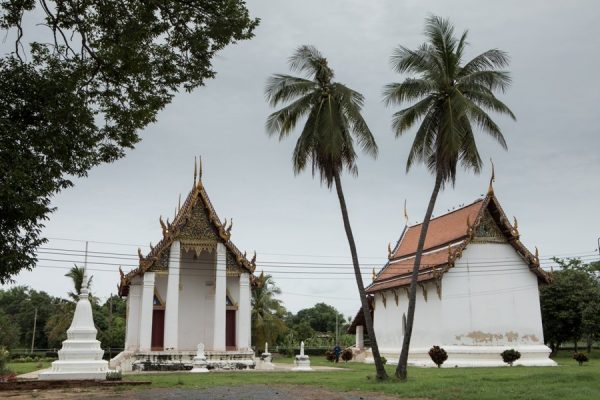