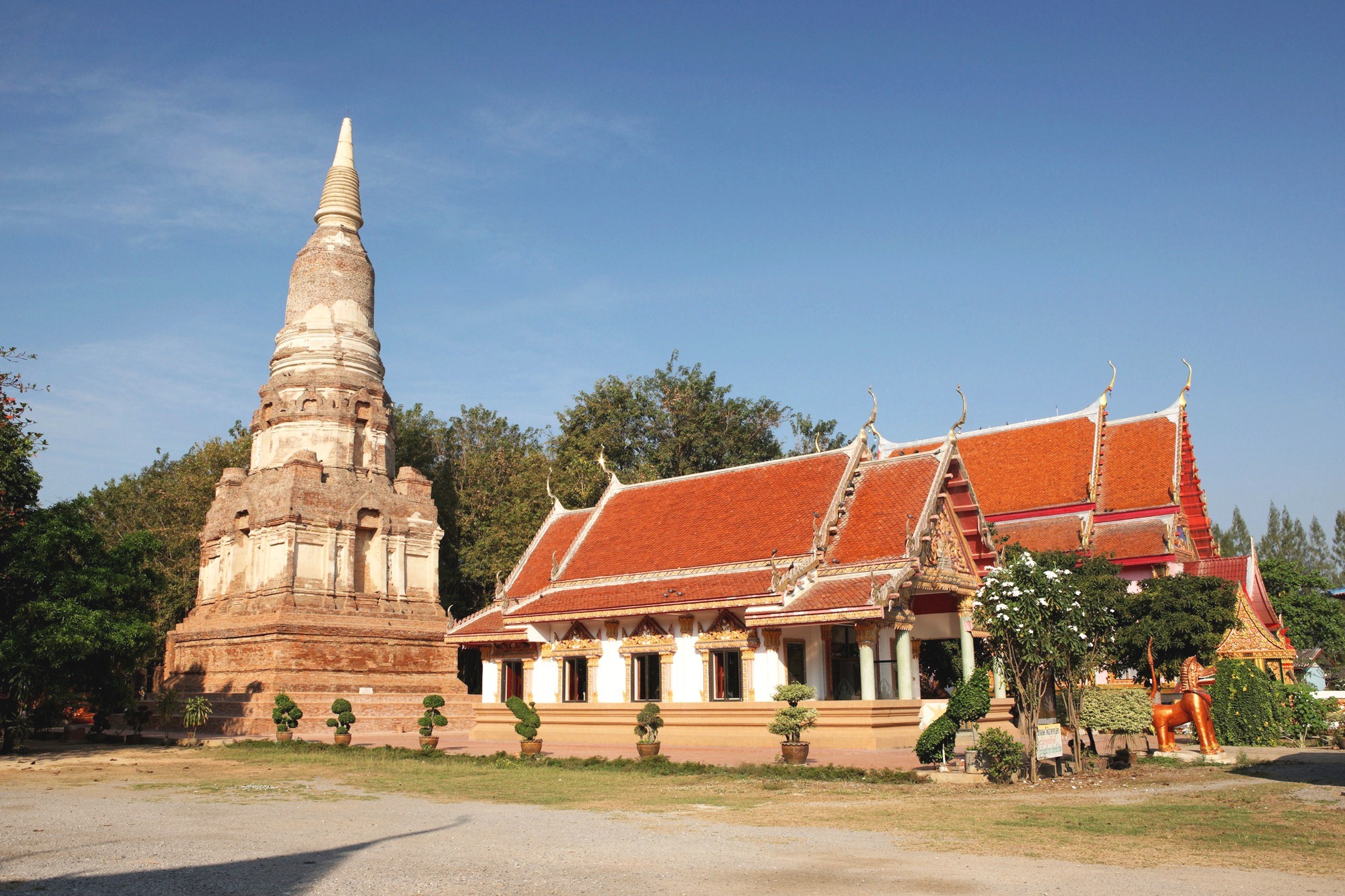 Phra Kaeo Temple is located at Mu 10 Ban Bang Nam Phra, Phraek Si Racha sub-district, about two kilometers from Sankha Buri district to the south. It was built in the same period as Mahathat Temple in 1357. Its former name was Pa Kaeo Temple. It used to be a place for the sect of monks who lived in the jungle (Aranyawasi or Wipatsana Thura) to practice Dharma. Not long after, a Buddha image about the size of fingertip was found in the pagoda. This image was made of glass and reflects in various colors in the light, so this temple was widely called Phra Kaeo Temple. The Fine Arts Department declared and registered it as a historic site on 8th March 1935.Important architectures and sculptures are as follows:Pagoda: is a tall Lawo style pagoda combined with late Dvaravati style. It was made of brick mortar with rectangular bases. There are high relief sculptures of Buddha images on all four sides. It was assumed to be built around 18th-19th Buddhist era and it is about 600-700 years old. According to the construction, ancient people hid some Buddhist morals. Its square base means Buddhism based on the four noble truths. The ultimate goal is Nirvana represented by the top of the pagoda. Its octagon base means the Noble Eightfold Path. The teaching of Paticca Samuppada, Dependent Origination is known as the Twelve-Fold Chain of Causation. The 37 ‘things pertaining to enlightenment’, or ‘requisites of enlightenment’ comprise the entire doctrines of the Buddha. They are: the 4 foundations of mindfulness (satipatth?na), the 4 right efforts (s. padh?na), the 4 roads to power (iddhi-p?da, q.v.), the 5 spiritual faculties (indriya; s. bala), the 5 spiritual powers (bala), the 7 factors of enlightenment (bojjhanga) and the Noble 8-fold Path (s. magga). The pagoda originally had dozens of satellites around.Luang Pho Chai: is a Buddha image made of red laterite. It is in the vihara at the front of the square pagoda. It was assumed to be about 800 years old. At the back of the image, the lintel was carved close to the vihara’s wall. It was the image of an elephant lying on its back while its top was Indra or Phra Siwa who was pouring holy water on to the elephant.Luang Pho Loi: is a stucco Buddha image with the 2-m wide lap. It was originally at Thap Yan Temple, which is an abandoned temple in Thiang Thae sub-district, Sankha Buri district. Bang Nam Phra residents enshrined the Buddha image on a cart and a raft across the Noi River to Phra Kaeo Temple. Then, it was called Luang Pho Loi.Phra Kaeo Temple is located outside the city, three km from Maha That Temple, next to the irrigation canal. Now, Phra Kaeo Temple is in the middle of the field with a square pagoda as a pillar of the temple. There are pagodas next to the base on all four sides. Next to the base stretching to the stupa base is a high octagonal base with fences in four directions. Next to the high base is glass lotus stretching to the bell. The dominant feature of this pagoda is that it is similar to that of the Sukhothai period, but if we look closely we will see that this pagoda should have been influenced by both Sukhothai and Srivijaya arts. Although there was a high pagoda such as a pagoda around the temple in the Ayutthaya period, its characteristic was not like this. Buddha images are decorated on all four sides. On the third base in the arch, there is a standing Buddha statue with open eyes, with other two statues (images of Buddha bestowing pardon). The images were likely to be the art of early Ayutthaya period because its structure is the mixed Sukhothai arts. The obvious thing is the flame halo next to the square bar is octagon. There is another arch with four standing Buddha statues with open eyes on all four sides. It is assumed that there is another image on the top of this base but it may be collapsed. The antiquity of Chai Nat’s historic sites that still remain till today is all invaluable, and is cherished by everyone in Chai Nat province for the next generation. Therefore, the tourism at Chai Nat’s historic site should be for conservation and education instead of for fun and tourists should have conscious mind. For more information: Phra Kaeo Temple, Mu 10, Phraek Siracha sub-district, Sankha Buri district, Chai Nat province, 17140, tel. 0 5642 4435Travelling: Bus No. 8 Bangkok-Sankha Buri-Chai Nat is available. 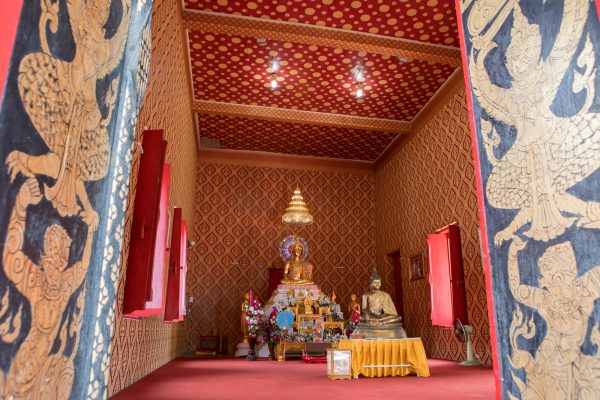 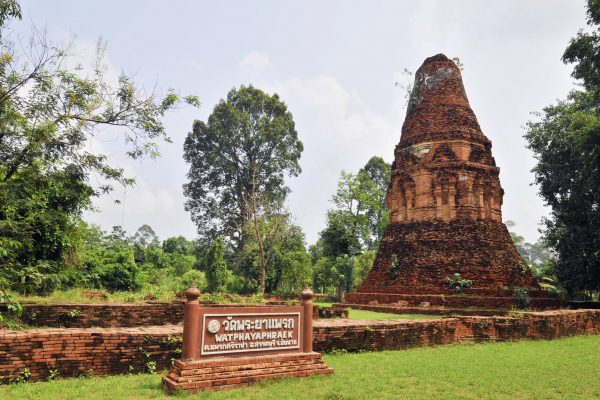