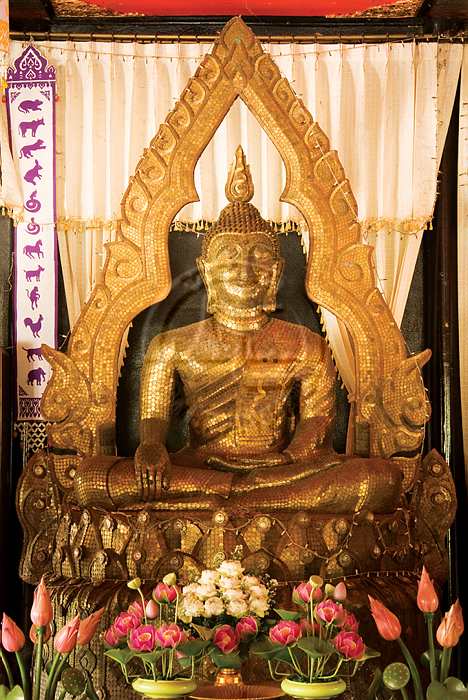 Wat Lard Kham (Luang Po Saen Rean) is located at Panom Tuan Sub District, Panom Tuan District, Kanchanaburi. It is an ancient temple since the reign of Krung Sri Ayuddhaya. By verifying antiques run by Au Thong National Museum, Suphanburi, the result came out that Phra Buddha Benjanavamongkolkarn of Wat Larn Kham is a Buddha image in the attitude of subduing Mara. This Buddha image is 87 inches long and 59 inches wide and it has been well-known by its holiness as well as its wondrousness. To illustrate, this Buddha image is wondrousness in the way of its making process. It was made of a hundred thousand coins and this is why the locals call it ‘Luang Po Saen Rean’. It has been respect and trust by Buddhist from then till now. Phra Buddha Benjanavamongkolkarn is 87 inches long and 59 inches wide. It was made by Phra Khru Palad Ploen Taechatummo and the villagers. Besides, it was made of over 900,000 silver coins from several generations. This is what made it so special for any visitors because it was made delicately and exquisitely. Also, there are many more discoveries of ancient remains from Tava Ravadee ages as well as the pagoda remains from the early Ayutthaya period found on this area and this proves that this temple actually has a long tale history.The history shows that Wat Lard Kham used to be abandoned for over 100 years since a war in Ayuddhaya. But, later on, it was reconstruct by Phra Khru Palad Ploen Taechatummo in 1999. Phra Khru Palad Ploen Taechatummo wandered and accidentally discovered the ruins of this temple and at last he decided to reconstruct it. Finally, it becomes a place that gathers Buddhist in Panom Tuan. It has been said that any visitors who come over and pay homage to Luang Po Saen Rean, the center of country, religions, and monarchy, will somehow get what they wish for due to Luang Po Saen Rean’s holiness. 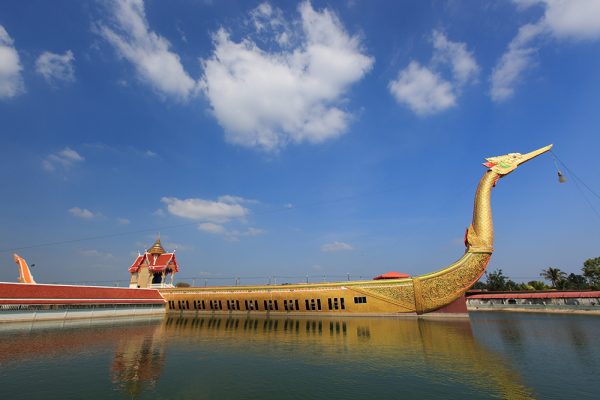