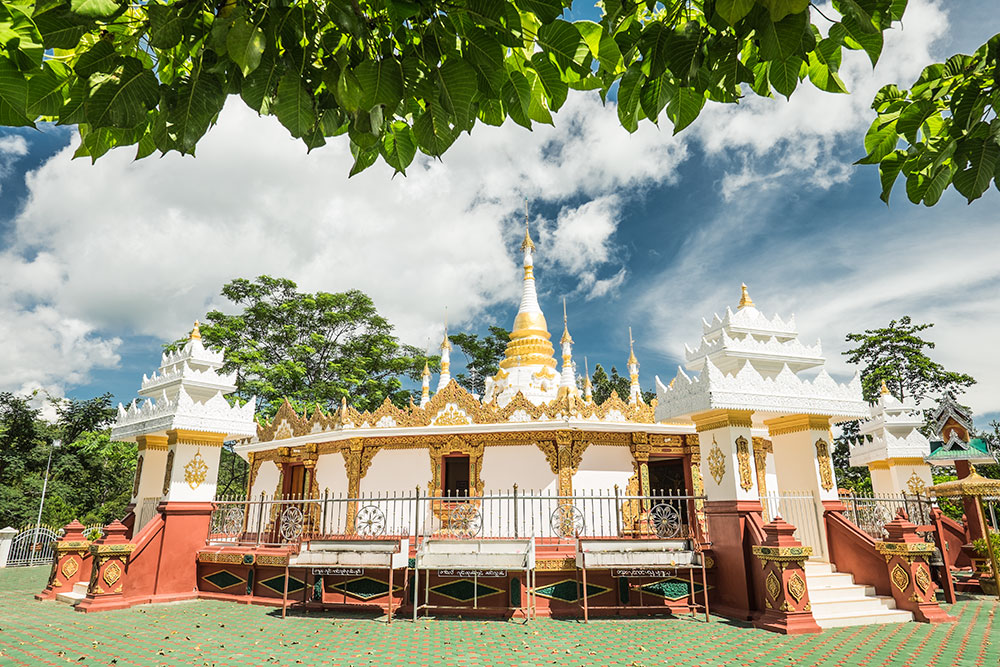 Wat Fha Wiang Intara The area of the temple overlaps Thailand and Myanmar but it was once the area in one country as Khun Sa was in charge of the area. After Khun Sa’s surrendering himself to the Burmese government, the area was divided into two parts: one part in Thailand and the other in Myanmar. Then, the temple has been called “Wat Song Pandin” (The temple of two lands.) What is interesting in the temple is all that is made in Tai Yai style, for example, glittering Pra Tart Marachina Pagoda, the name of which suggests Pagoda conquering every Mara. Villagers call it in Tai Yai language “Kong Moo Laen Lern” which means territorial Buddha’s relics. The inscription in Tai Yai language can be found at the bottom of this pagoda, relating how the temple was first built. It is believed that the pagoda was established in the reign of Somdet Phra Naresuan Maharat and the restoration was later completed by Chao Kong Jerng (General Moheng Chanasuek) the leader of the revolutionary council of Shan State and leader of movement to liberate Tai Yai’s nation. One more thing to observe is that the arc into the pagoda is decorated with tom-toms or Puche drums in Tai Yai language instead of Singha or Naga statues. In addition to the pagoda, a shrine of King Naresuan is located inside the temple which most of villagers find their faith in and a gallery exhibiting the leaders’ pictures and history of the Tai Yai tribe is in here. General Moheng’s grave is in the rear of the temple. The important photo spot showing you have arrived there is the sign marking the end border between Thailand and Myanmar. From Thailand, you can view the red Thai-style roof of the monastery in Myanmar. You can start from the heart of Chiang Mai, go along Road 107, once arrive at Chiang Dao Intersection at the kilometer marker 77, turn left and go along the way about 14 kilometers until you reach Wiang Haeng Intersection which is situated 76 kilometers off and finally you arrive at the border at Wiang Fa Wiang Intara. The temple provides a learning center for learning more about the Tai Yai tribe which tourists can visit and get the information from monk lecturers. For more information, please contact 0-5347-6140. 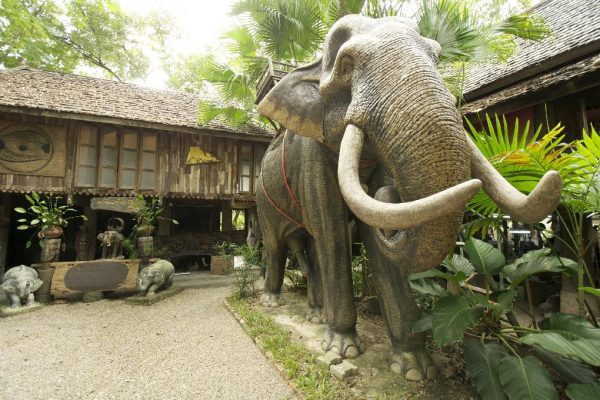 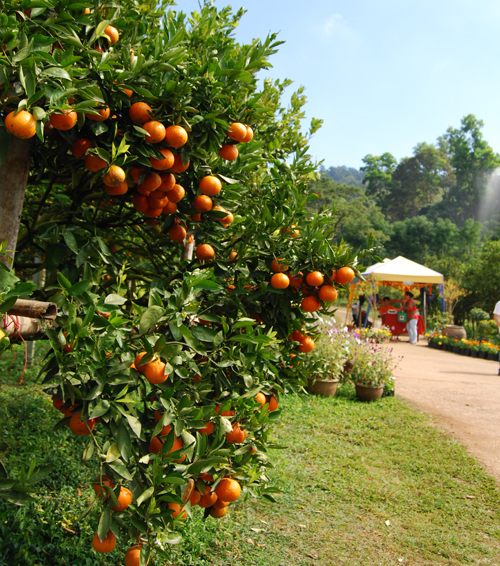