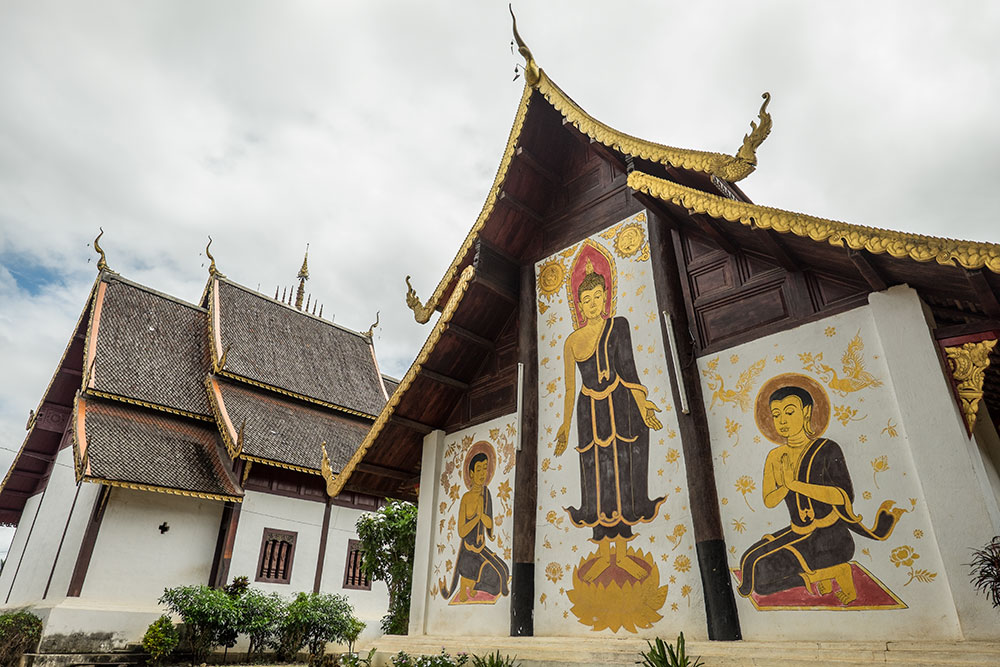 Wat Yang Luang Wat Yang Luang is another temple worth visiting in Amphoe Mae Jaem, Chiang Mai. To get to the temple, if your starting point is Doi Inthanon National Park, you have to take the route number 1009 (Jomtong-Inthanon). Once you arrive at the checkpoint of Amphoe Mae Jaem at the kilometer marker 38, you will see the intersection, make a left turn, drive about 22 kilometers further, and finally you arrived at the heart of Amphoe Mae Jaem, then you get on the bus (Jomtong-Mae Jaem) The bus is at service from 08.00 a.m. to 6 p.m.According to the ancient inscribed pedestal of the Buddha image in front of Kijkut arc, the temple is named after an ethnic group called “Yang” or “Kariang,” who built the temple in the 24th Buddhist century and the temple was later restored in 2407 B.E. The Buddha image subduing Mara is situated in the teak monastery. What is fascinating there is the medium-sized monastery called “Koo Pra Sat” or “Kijkut,” situated in the rear of the principal Buddha image. Old people believe that it is the gate to the Heaven, in Bagan-Chiang Saen style. Truly great paintings on the wall of the monastery consist of three monks who are believed to be the Lord Buddha and his disciples. Moreover, the warehouse of traditional large Lanna drums used in several rituals of the community is near the monastery. Another activity not to miss when visiting Wat Yang Luang is to admire the reverse side of the monastery shadow by entering in the monastery and turning off the light, shutting every door and window in order that the inside remains completely dark and leaving the window ajar to let the light go through the frame with right angle. Doing so, you can admire the true uniqueness of this monastery. Another special festival of the temple is Julakatin ritual (the process of making and presenting robes to the monk in limited time) held in every end of the rainy season. Preparation and decoration of the cotton field will be completed on the temple ground. This is to weave it and to make use of it in the ritual. Furthermore, the staff will organize the dancing and joyful games exuding considerable charm of the temple and the festivals. The marvel of the reverse shadow is awaiting you to visit and to gain this direct experience. 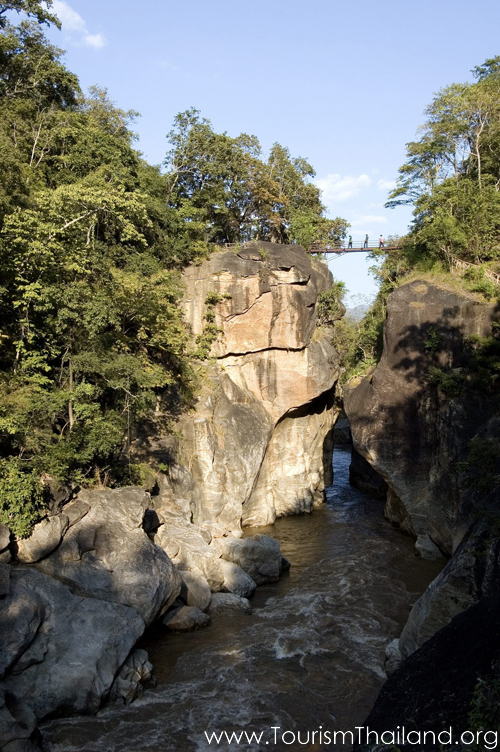 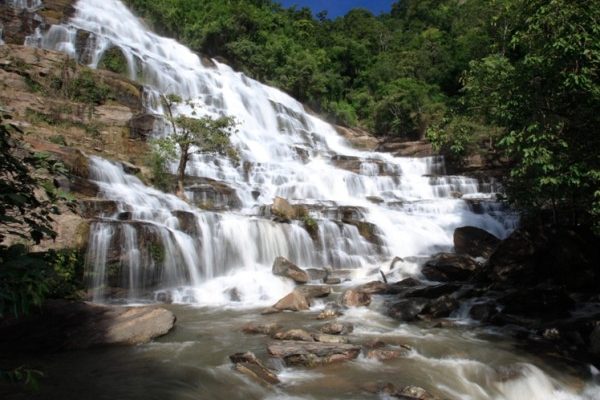