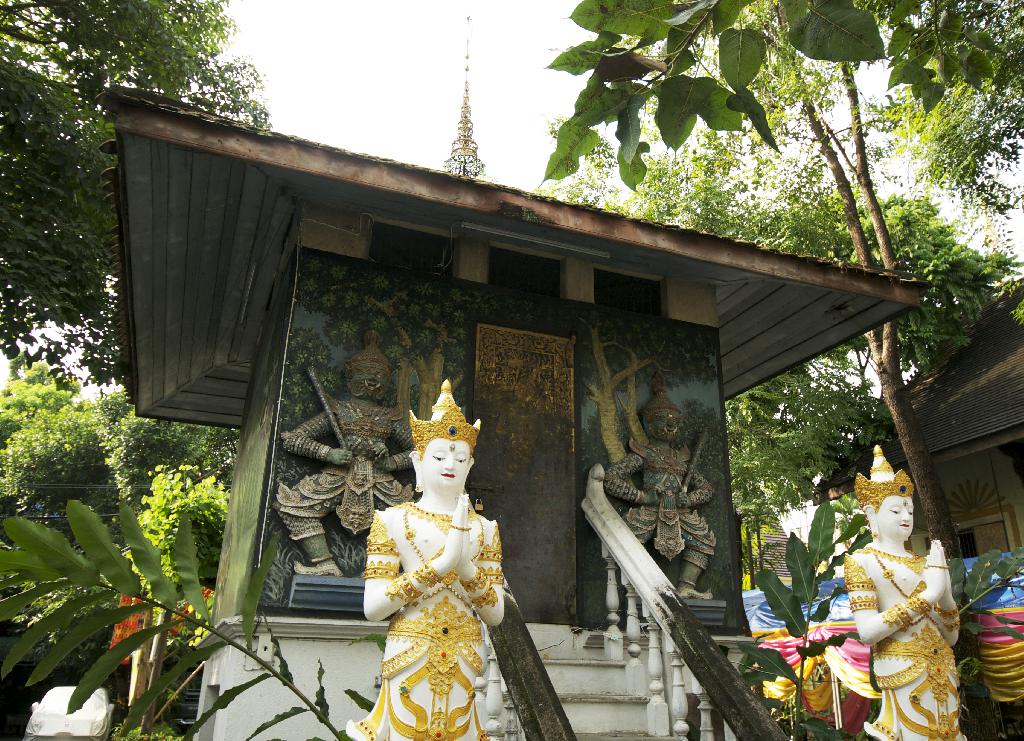 Wat UppakhutWat Uppakhut (Upphakhut Temple) is situated on Tha Phae Road close to Nawarat Bridge. Come from the junction in front of the bridge for around 10 metres and the temple is on the left. Here is where the well-known tradition of midnight food offering is held. The event occurs every Wednesday’s full moon night, so called Peng Phut, rooted from the local belief about Phra Uppakhut disguising as a novice coming out to collect alms and offerings from people on such days. According to the legend, there was a poor couple earning a living by farming in the suburb of Chiang Mai. From time to time they came to downtown to sell their produce. On one early winter morning, the spouses commuted to the city with belongings and products as usual, bemoaning about their hard-working unfortunate tough lives compared to other families and cheering each other at the same time. As they crossed Ping River to Tha Phae Road on the west side, the full-moon shone bright washing away their weariness, leading their sights to meet a neatly dressed novice coming out for alms. With the young monk’s respectable manner, the two decided to share some of their goods with him. Although the husband surprised with how early the alms collection of this novice was, his walking pace was just enough to see the novice disappeared behind a banyan tree, which made the couple even more curious.After that charitable deed, the couple’s living gradually got better. They were told later by one senior monk that their prosperity was due to their offering to that novice, who was in fact Uppakhut Maha Thera the great monk who had been practising Nirodha (cessation of feelings and perceptions) under the whirlpool amid the great sea. At every full moon observance day, the great monk would come in a form of a novice asking for alms as a mercy practice for all creatures. Giving alms to him was considered as a highly praised merit and brought fortune to whoever committed the act.Listening to the telling, the husband and wife grew stronger in faith and decided to contribute to the construction a temple at where the incident took place, giving the name Wat Phra Uppakhut or later shorten Wat Upphakhut as we know nowadays. 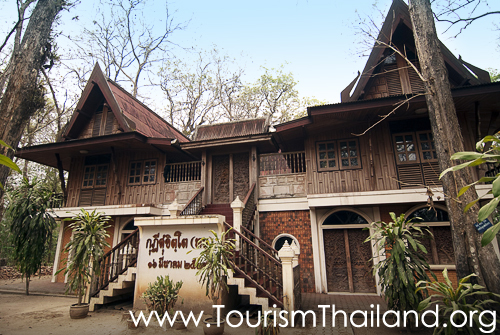