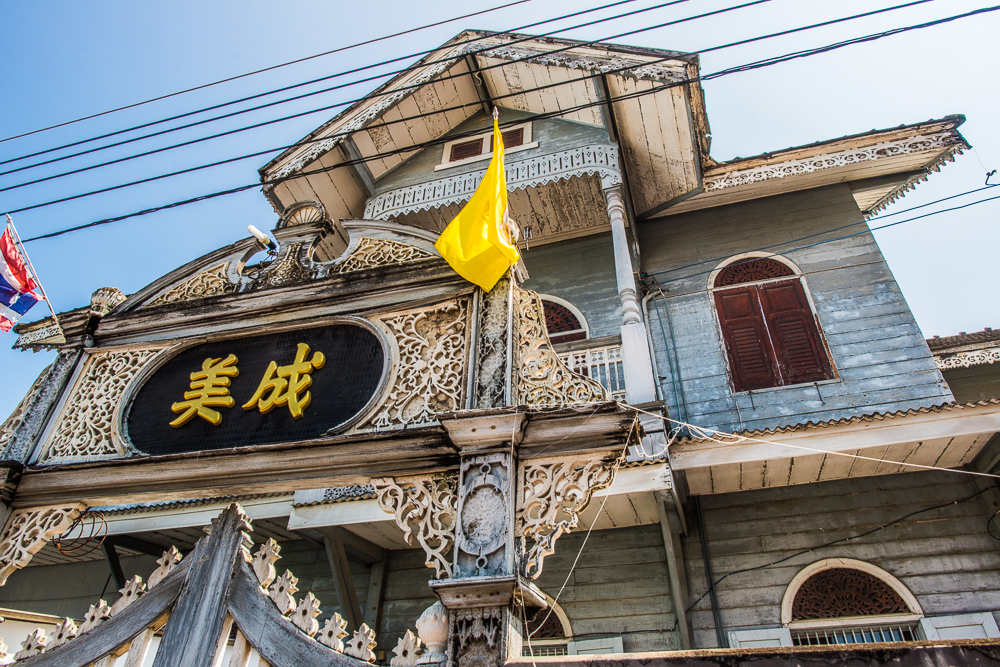 Trok Ban Cheen Located near Wat Sitalaram on Taksin Road, Trok Ban Cheen was a flourish commercial community in which a Chinese merchant named “Cheen Teng” who migrated to Bangkok had expanded his business up to Chiang Mai and then to here, Tak. In Tak, he established a partnership with other two Chinese merchants, Cheen Boon Yen and Cheen Tong Yoo, who later became Thai government officers. Cheen Boon Yen was entitled “Luang Nara Pitak” , serving as Tak’s Chinese immigrant officer and then “Luang Chitchamnong Wanich” the East Trading Bureau officer. As for Cheen Tong Yoo, he was entitled “Luang Borirak Prachakorn” the revenue officer. Teng and his partners traded under the registered brand called “Kim Seng Li.” Kim Seng Li Store was assigned to be the monopoly tax collector in Chiang Mai, therefore, they had persuaded many more Chinese to settle down in the neighborhood. Married to a Tak woman, Cheen Teng had one son and expanded his business in Tak.In the reign of King Rama V, Cheen Teng had assigned Luang Bori rak Prachakorn to collect taxes on opium alcohol, gambling and lottery until 1909 that taxes collecting fell into the government’s hand. When more Chinese had settled down in Trok Ban Cheen, they built houses and shop, selling varieties of goods, along small pedestrian streets. The houses on both sides of the streets had extended roof so it could be used as shades for passers-by. There were a lot of shops including kitchenware, fabric, stationeries, and monk ordination-related shops. One of the places that should not be failed to mention is Sapan Tong or Tong Bridge. It was built by Granny Tong Ma across Noi canal with a tall telegraph pole called Sao Sueng.When Thailand became democratic, Mangsai Chum-in was the first Trok Ban Cheen resident to become an MP. At the time, Trok Ban Cheen was divided into 3 neighborhoods: Sao Sueng Village, Pak Klong Noi Village, and Ban Cheen Village. It is not until 1952 that the municipal government pulled down Sapan Tong and built a road upon the canal and fence around the neighborhoods. Trok Ban Cheen became lifeless after World War II as the shops moved out of the community to the north. In Trok Ban Cheen nowadays stand only old houses which are still remained in the same condition as their old days. Tourists can go sightseeing along the streets and experience the slow-pace life at Trok Ban Cheen. 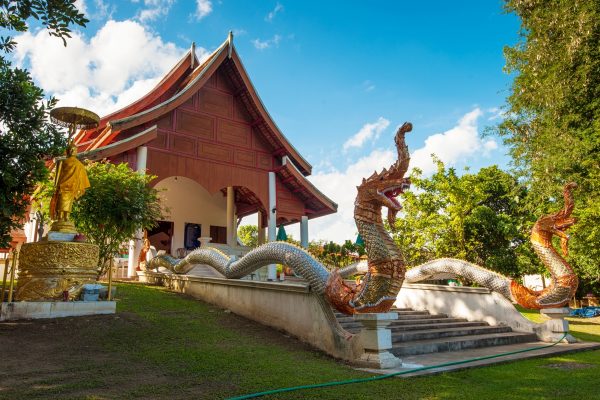 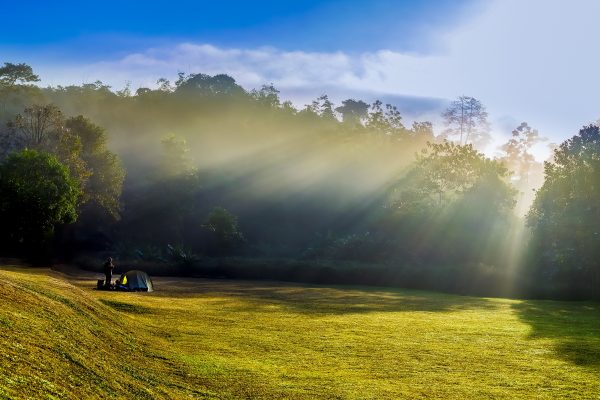