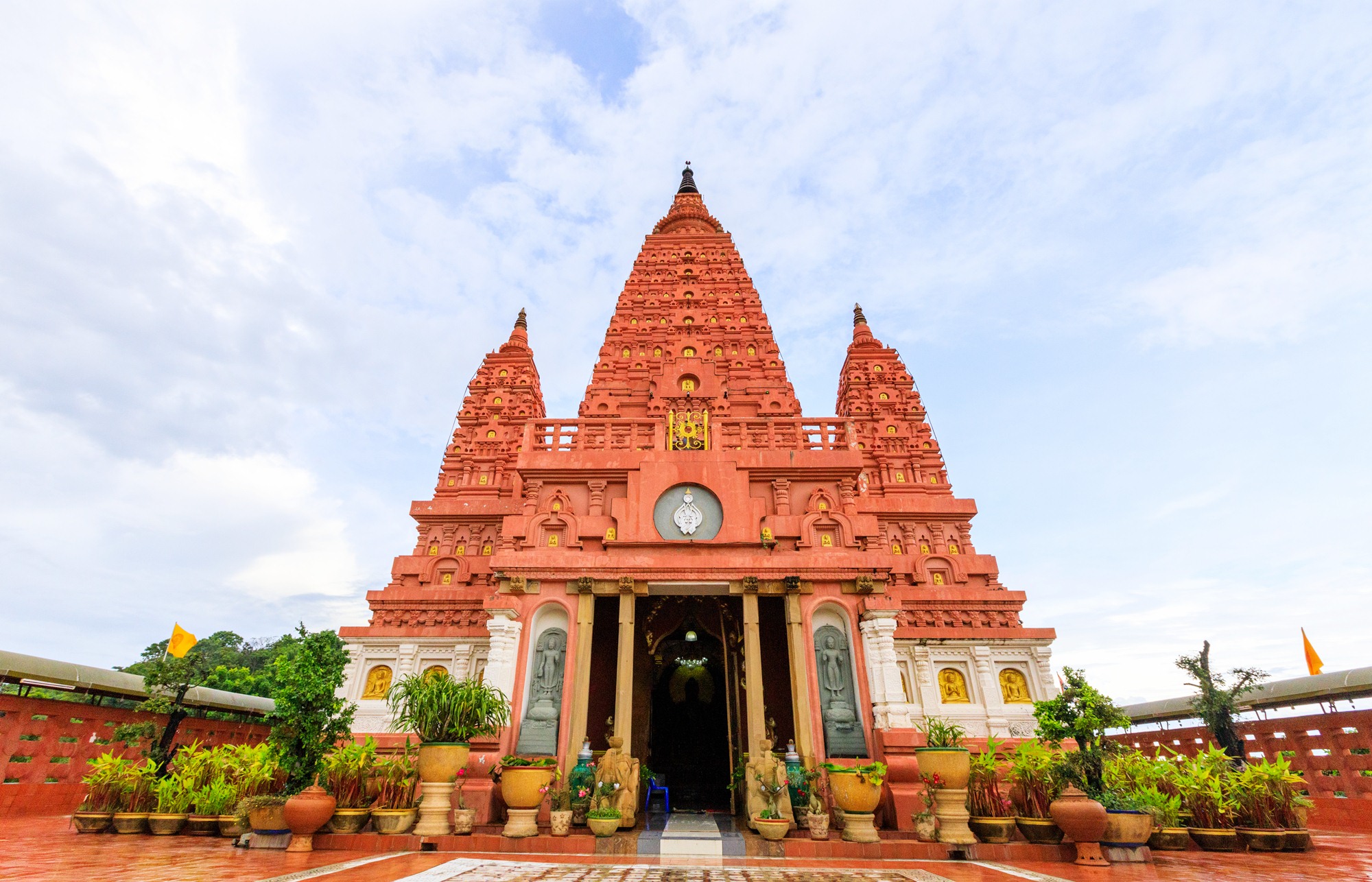 Wat Pa Siri Wattana WisutLocated on the top of Khao Khok Phen, Wat Pa Siri Wattana Wisut covers an area of 153.6 hectares. The temple is under royal patronage of Galyani Vadhana, the Princess of Naradhiwas. It has the shape of a royal barge and was named ‘Rajayarn Nava Theekhayu Mongkon’, or a vehicle that will carry animals in sa?s?ra (whirling sea) from continuing rebirth. The sea symbolizes desires, while the barge on top of an island or a mountain signifies a place where floods shall not reach or submerge those with wisdom. Consequencely, wise, diligent, prudent and self-controlled individuals will be able to remain in the barge safe and sound. Wat Pa Siri Wattana Wisut was built in 1984 as a monastery called ‘Senasana Wat Pa Siri Wattana Wisut’. Later on, the Treasury Department granted the land for the construction and establishment of the temple. Highlight at the temple is Chedi Sri Buddha Kaya, which is a replica of the Budhha Kaya Stupa in India scaled down to fit available space. The chedi is 28 metre tall and has a conic shape. The top is bell-shaped and decorated with stuccos. Surrounding the chedi are images of Buddha in standing and sitting mudras. Inside the chedi are housed parts of Buddhist relics. In addition, the temple also has other auspicious architectures as follows:-Mondop Ruen Keaw (Glasshouse Mandapa) is an applied Thai-Indian architecture. The whole building is walled and roofed with light brown glass. A pair of replicas of Budddha’s footprints and the temple’s main Buddha image in Samadhi mudra are housed here. -The Royal Pavillion of Prince of Chumphon was built to celebrate his position as the Father of the Royal Siamese Navy. -Laan Phra Dharmachakra (Wheel of Life Court) is 7 metre wide and 7 metre long. The Dharmachakra Alter is situated here. There are sandstone statues of deer and an octagon sandstone block carved into different auspicious patterns. -Chedi Sri Maharaj is a three-storey building, where each floor is separated into rooms. There are the room which displays figures of eight great kings of Siam, the historical room, the Tipitaka room and the top room where the Buddhist relics are located. -Phra Phakawambodhi (Phra Yu Yen Pen Suk, The Faceless Buddha Image) is an image of Buddha of which aspect is the same as that of Katyayana. Sitting on a lotus flower in diamond posture, the image emblemizes abundance. 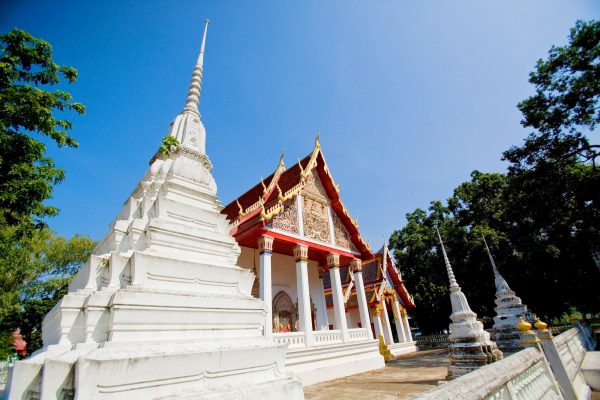