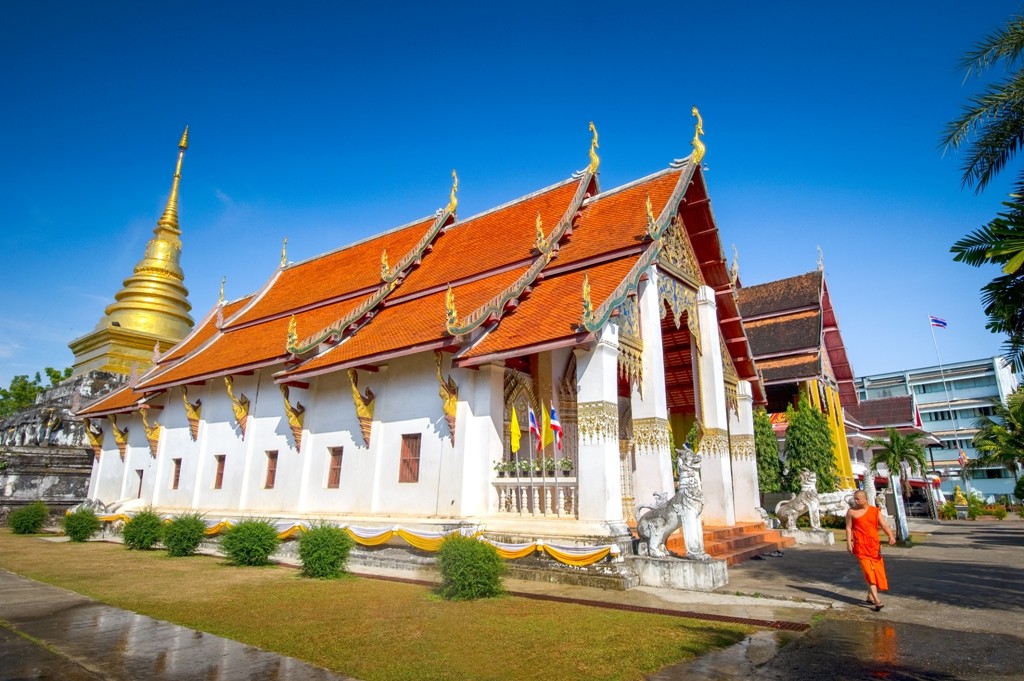 “Pay respect to the Sukhothai Chang-lom pagoda, fulfilling your soul once paid respect to the golden Buddha in pang lila1”, this brief phrase sums up the significances of Wat Prathat Changkum Worawiharn very well. A large number of visitors who travel to Naan, a small province in the mountain valleys, decide to stop by at this temple because of the saying above.Originally Wat Prathat Changkum Worawiharn was called Wat Lhuang Klang Wiang, situated opposite from Naan’s provincial museum (Hor Kum). It was built in 1406 by Phaya Pukheng, who was Naan’s ruler at the time. The people intended to utilize the building for religious purposes and to undergo the Phiphatsattaya ceremony (Pouring holy water to show allegiance).One of the first things visitors would notice once arriving the temple is the large Chang-kum Chedi (pagoda), which is exceptionally large, having a series of relics contained within. For local residents, this sacred figure is called Phra That Luang. Scattered around the temple area, are embossed clay ornaments of the Chang-kum, which is where the name of the temple comes from. Today, these clay stuccos are seen along the sides of the Chedi, each having 6, where in total there are 24. These Chang-kum stuccos are only of the upper half of the animal. Glancing up to the peak, the structure is draped with golden plates; offering a breathtaking scene whilst tinged with sunshine.Besides, the temple has the largest tripitaka hall (Buddhist scriptures), situated by the royal foyer. It was built during Phra Chao Suriyawong-pritdetch’s reign, which was during the early 1900s. Inside, there is a sculpture of Phra Puttanantaburi-sri-sakkayamuni in the motion posture made from 65% gold, with the height of 145 centimeters. According to historical recordings, the sculpture of Phra Puttanantaburi-sri-sakkayamuni was merely concrete. Later on, an American archeologist who pioneered in Naan art forms decided to break certain parts of the sculpture to confirm its material type, soon he found out that the sculpture was only gilded, inside was pure gold. After fully recovering the sculptures original state, it was moved to the temple’s tripitaka hall.Wat Prathat Changkum Worawiharn is located on Suriyapong Street right across from Naan’s city hall. Visitors are welcome to visit, pay respect and capture beautiful prospects daily from 06:00-18:00. 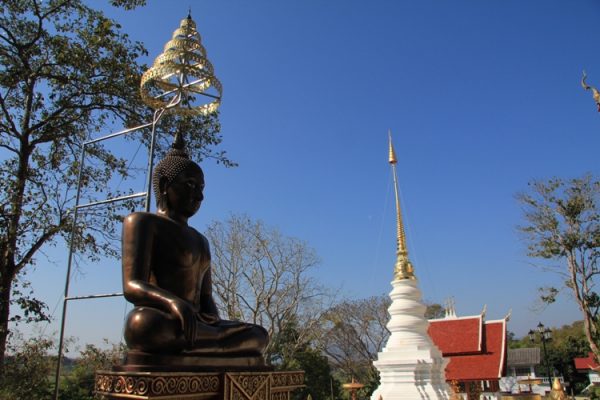 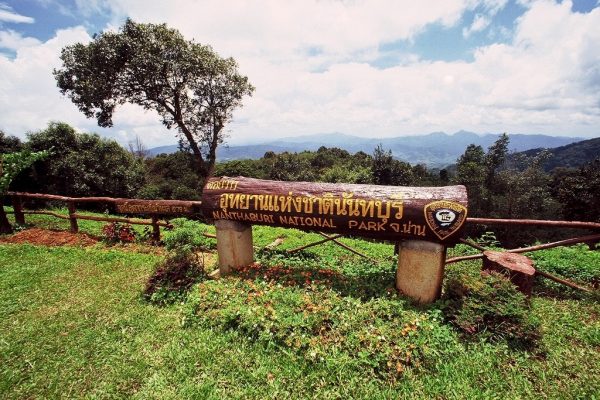