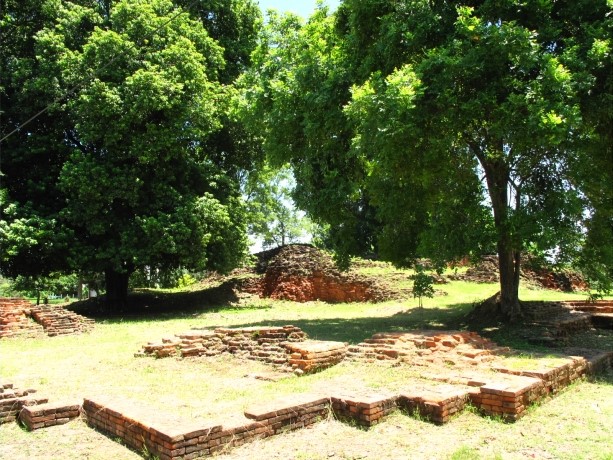 Wat Phra Men, the archaeological site registered by the Fine Art Department, is located in the area of Suan Nantha Utthayan next to Pathom Mongkon market on Phet Kasem road, Huai Charakhe, Mueang Nakhon Pathom District, Nakhon Pathom Province, 3km south of Phra Pathom Chedi.Formerly, it was an abandoned temple since Nakhon Pathom province was an abandoned city. Its base is 8m wide and 10m high round earthwork covered with grasses and trees. Many legends about this temple have been told from generation to generation. For example, the legend of Pu Som, a male ghost who guards treasures in a tunnel which was believed to connect to Wat Thamma Sala. Later, it was named “Wat Phra Men” by the King Rama 7 because the locals thought it was an ancient royal cemetorium (Phra Men) as its remaining base was similar to Phra Men.Before the discovery of Wat Phra Men, this place had passed many demolitions such as excavation for treasures. Many bricks here were brought for the construction of road and Wat Phra Prathom Chedi. During 1938-1939, the Fine Art Department and the French School of the Far East, under the control of Luang Boriban Buriphan and Pierre Dupont, a French art historian of the French School of the Far East, explored this temple. This discovery was a key to the history of this place. However, today Wat Phra Men is neglected and covered by trees. Inside Wat Phra Men there are many beautiful Buddha images such as white stone pendant-legged Buddha image and green stone pendant-legged Buddha image. 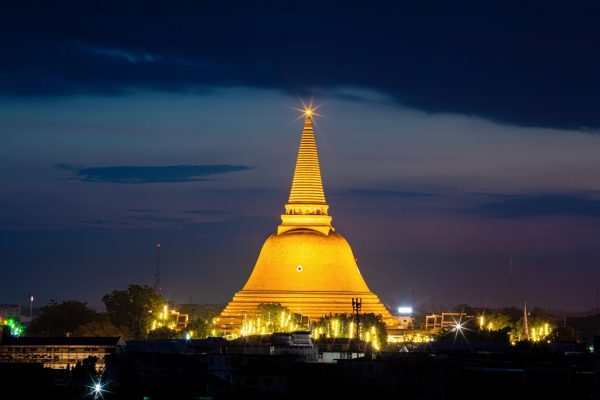 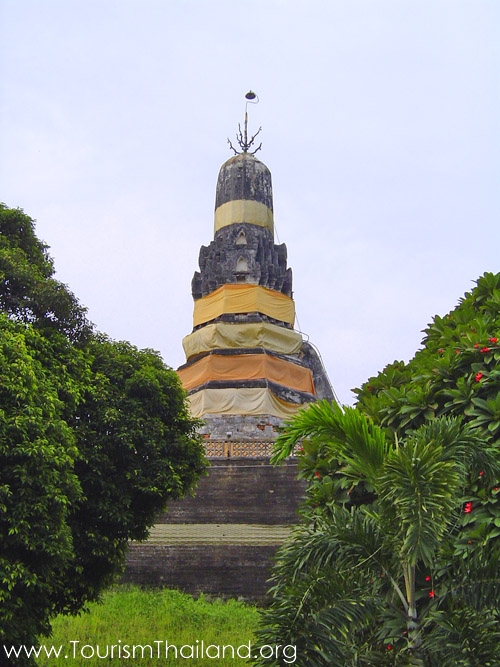